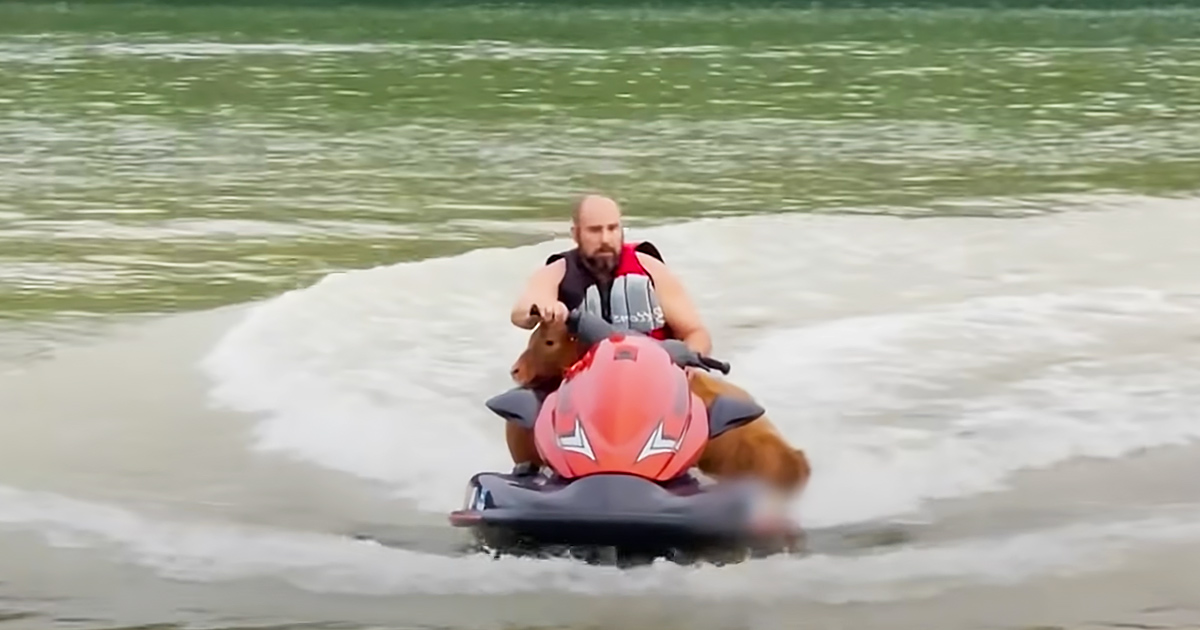 Ollie the cow’s favorite human was his dad, and he loved following him wherever he went. And on one hot afternoon, that meant wading into the water with him. But then, something surprising happened.

When he realized he couldn’t reach his dad, Teddy, Ollie jumped into the water and swam out to him. After that point, swimming became his favorite activity to do on a hot day.

Alongside his canine siblings, Ollie swam in little circles around his dad, and when he got tired, he would swim to Teddy and lay his head on his dad’s shoulder.

Ollie was close to his dog brothers in and out of the water. When they were not going for a swim, the trio was constantly wrestling or going on adventures around the yard.

Ollie learned a lot of his behaviors from his older brothers. It was because of his brothers that he joined the rest of his family when they went out on boating trips.

Like his brothers, Ollie would do anything to be close to his dad. Surprisingly, that included riding on his dad’s jet ski. “Ollie acted like it was nothing,” said Teddy. “Like he was supposed to be there.”

Ollie was like a child to Teddy and his wife, Amber. She was full of character and could bring a smile to their face even if they were in a bad mood, and this short video makes it clear why that is. 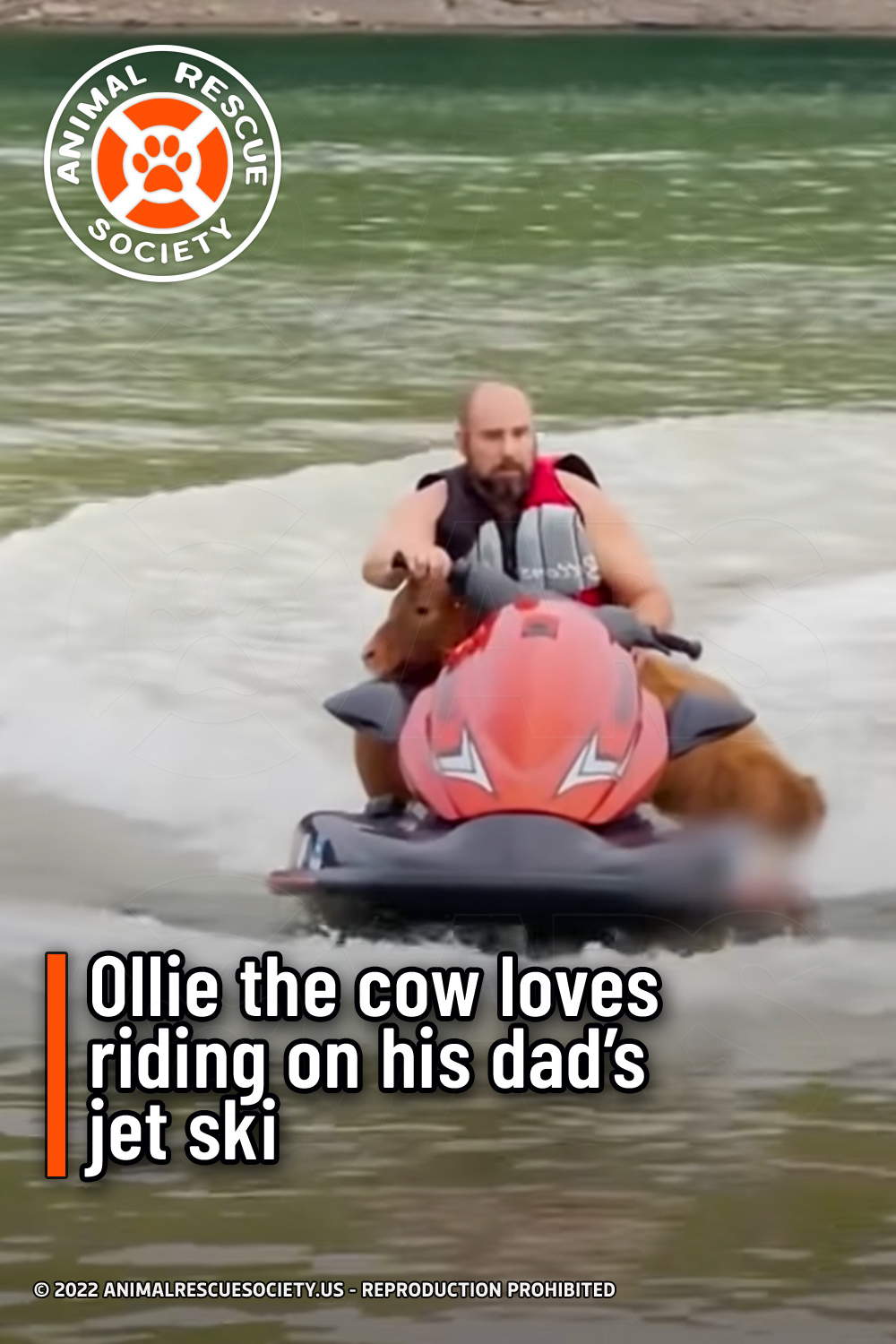