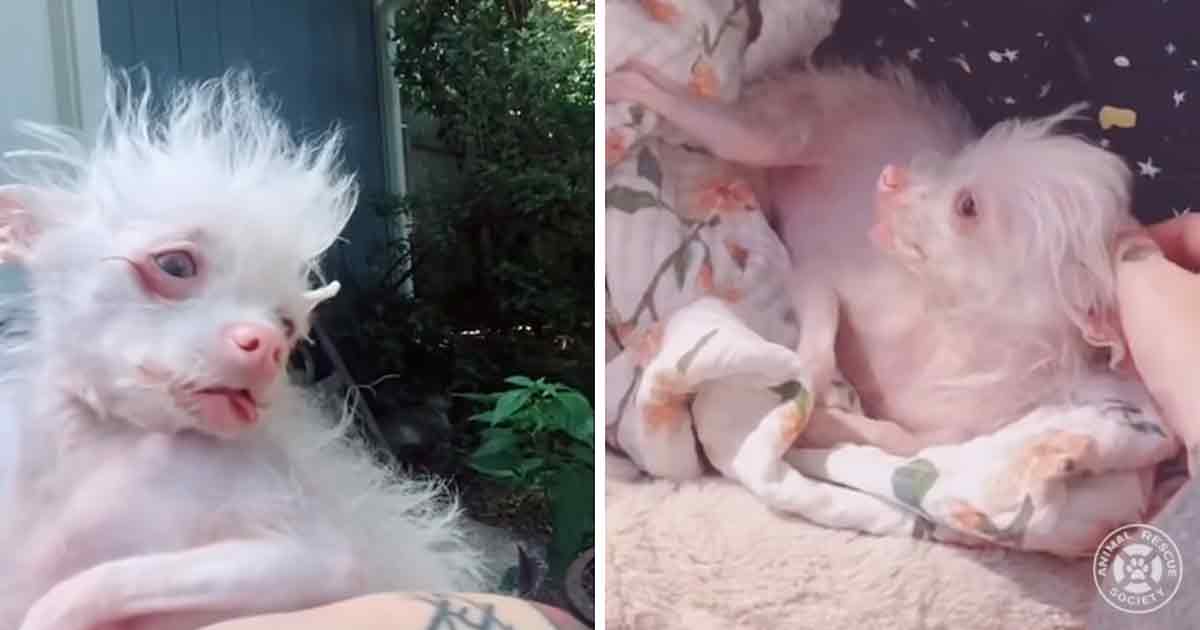 Lauren had decided to adopt a stray dog called Falkor. But Falkor isn’t like most dogs. She doesn’t even look like a dog.

Many people asked Lauren if she had adopted a pig or a goat. But, no, Falkor is a rescued dog with an odd look but is still a sweetheart.

It was uncertain if Falkor was young or old when found. The dog only weighed a mere three and a half pounds. She was found frightened, vicious, and dirty.

After Falkor was cleaned, Lauren decided to take the dog home and care for her. He was a tiny albino dog in need of gentle care.

When Lauren adopted Falkor, it was assumed by the vets the dog was 5-6 years old. As it turns out, Falkor’s age was closer to 12-13 years old.

Having been a stray for so long, Falkor has what is known as “food aggressive.” This means she’ll get hostile around others while eating. This is why she doesn’t eat around other dogs.

Lauren was able to care for Falkor well, considering she likes to be around humans. That being said, the dog still keeps his distance from other pets.

Caring for a dog like Falkor does take a bit of work. Since the dog is albino, she can’t stay in the sun too long. But she still has the habits of most dogs, considering she begs for french fries.

Falkor is an old stray that needed a good home. She found that with Lauren and continues to live a happy and healthy life. 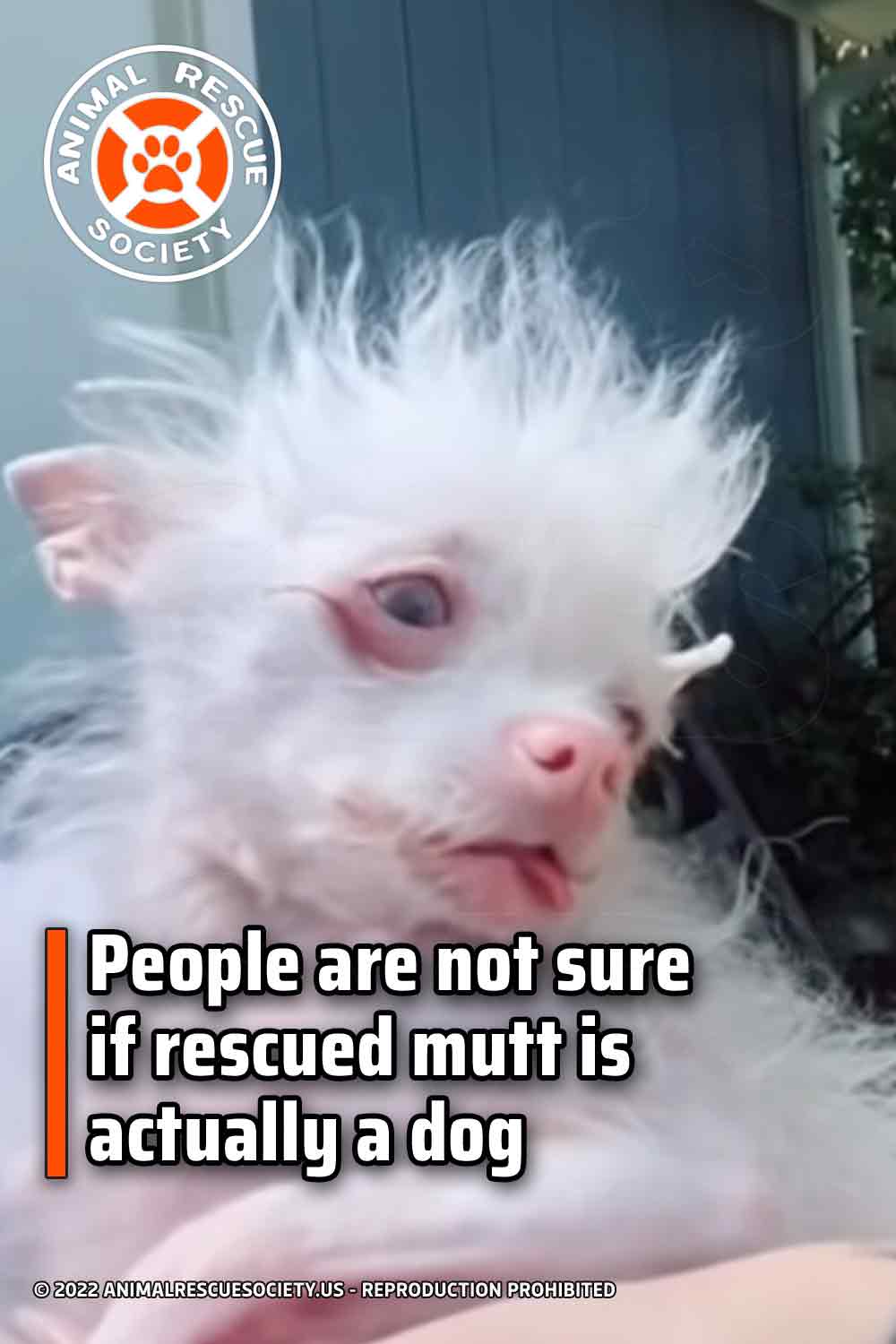