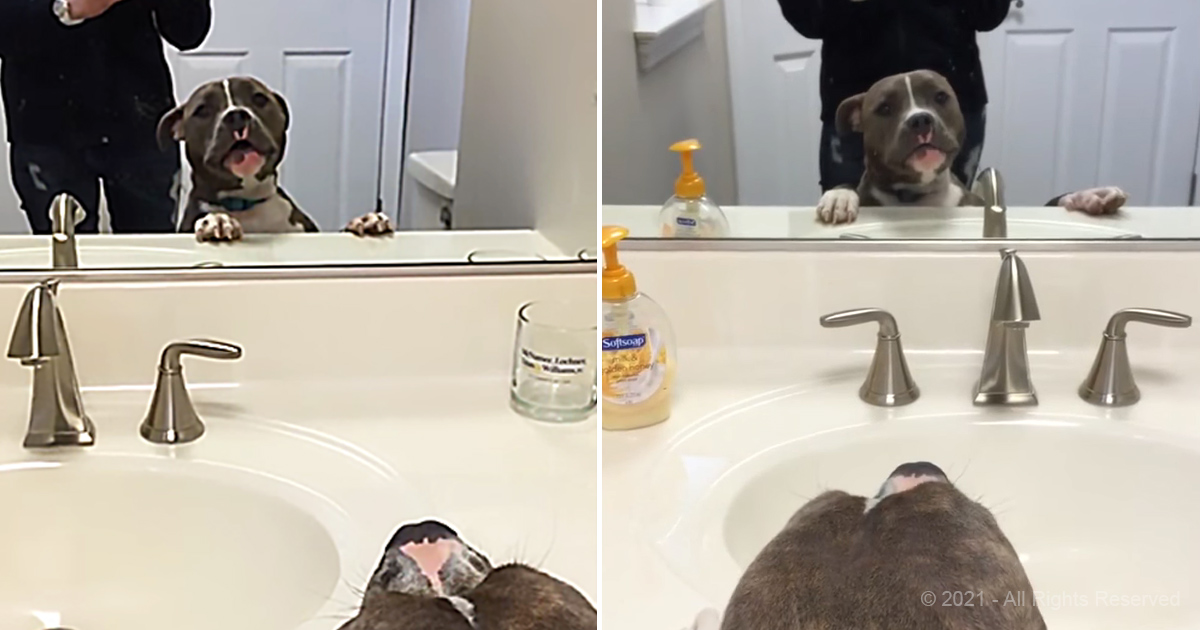 When Narcissus was first introduced to his image in the pond, he fell madly in love. He couldn’t stop staring at his own reflection. We think the dog in the video below can definitely relate.

Meet Lola, a pit bull who has just discovered the coolest thing in the world: herself. She recently encountered a mirror for the very first time, and couldn’t quite believe it. When Lola first saw herself in the mirror, she couldn’t help but sing with joy. Her reflection must have been just so captivating. She kept pulling herself up on the counter to have another look and another bark.

We’re not sure if Lola thinks she’s met an unusual playmate, or if she realizes she’s looking at herself. It doesn’t really matter. Either way, she’s having fun.

Every time Lola sees herself in the mirror, she tries to get closer to that beautiful friend she sees reflected. Trying to entice her friend by singing (well, most of it is singing), Lola carries on and on, and it is really very, very cute. If this doesn’t put a smile on your face today, nothing will. 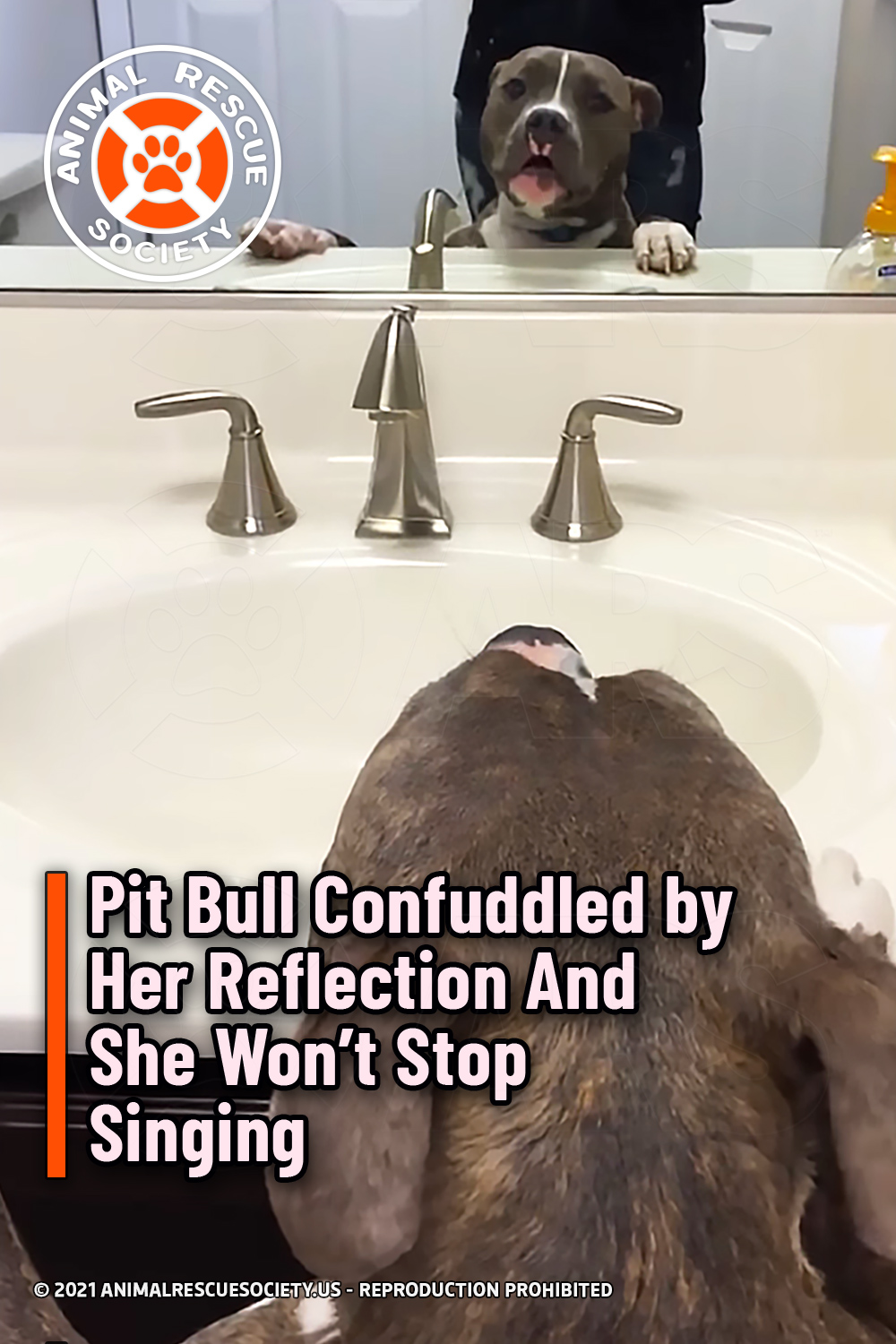