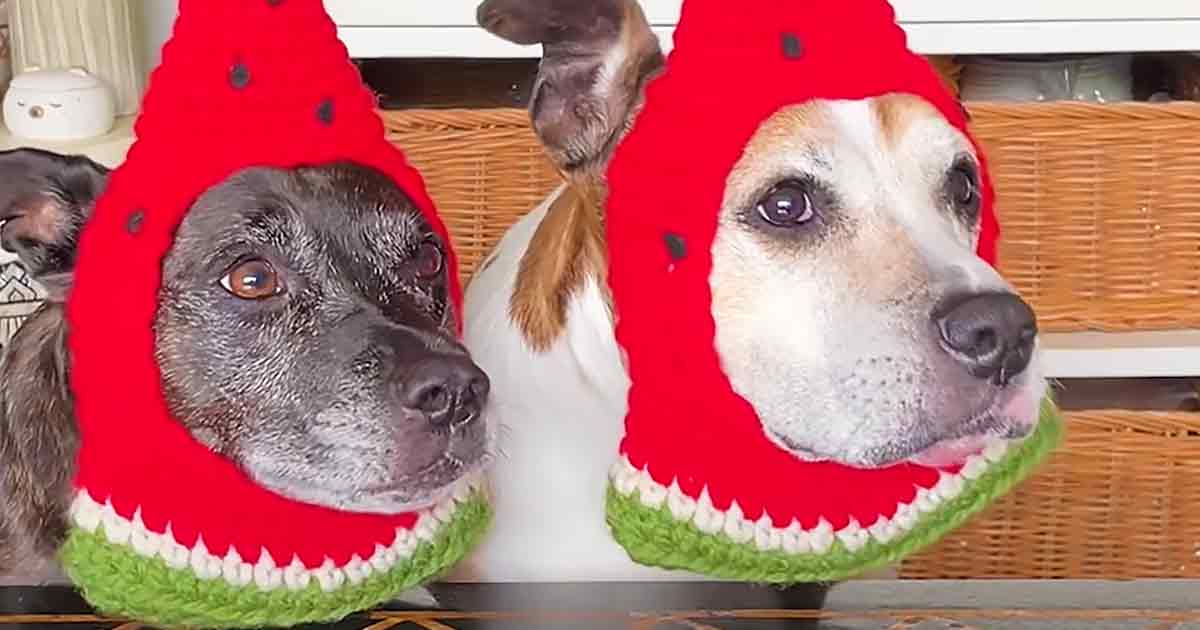 Jani had no intention of getting another dog until she saw Ivy’s face on an animal service website, and she knew Ivy belonged with her family. And in Jani’s words, Ivy came into their lives “like a wrecking ball.”

Jani’s older dog, Sookie, accepted his new little sibling almost immediately. He seemed to understand that this new pup needed his and his family’s love. Once Ivy came out of her shell, the real chaos began.

Whether it was pushing her brother off walkways, dragging him across the floor in a game of tug-of-war or sitting on him while he was trying to sleep, Ivy never stopped wanting to play.

In that way, Sookie and Ivy were complete opposites. Sookie was a quiet dog who enjoyed long naps and quiet cuddles, but Ivy was a ball of energy who loved goofing around.

The two siblings found an even ground when it came to snack time. But the best part of snack time by far was the hats Jani crocheted for her two pups.

As different as the two dogs were, Jani felt that they were a good match. Ivy helped bring out Sookie’s playful side, and Sookie curbed Ivy’s chaotic and rambunctious energy.

When it came to these two pit bulls, it seemed like opposites did attract. “At the end of the day, they see each other as sisters, and they’ll always love each other,” said Jani. 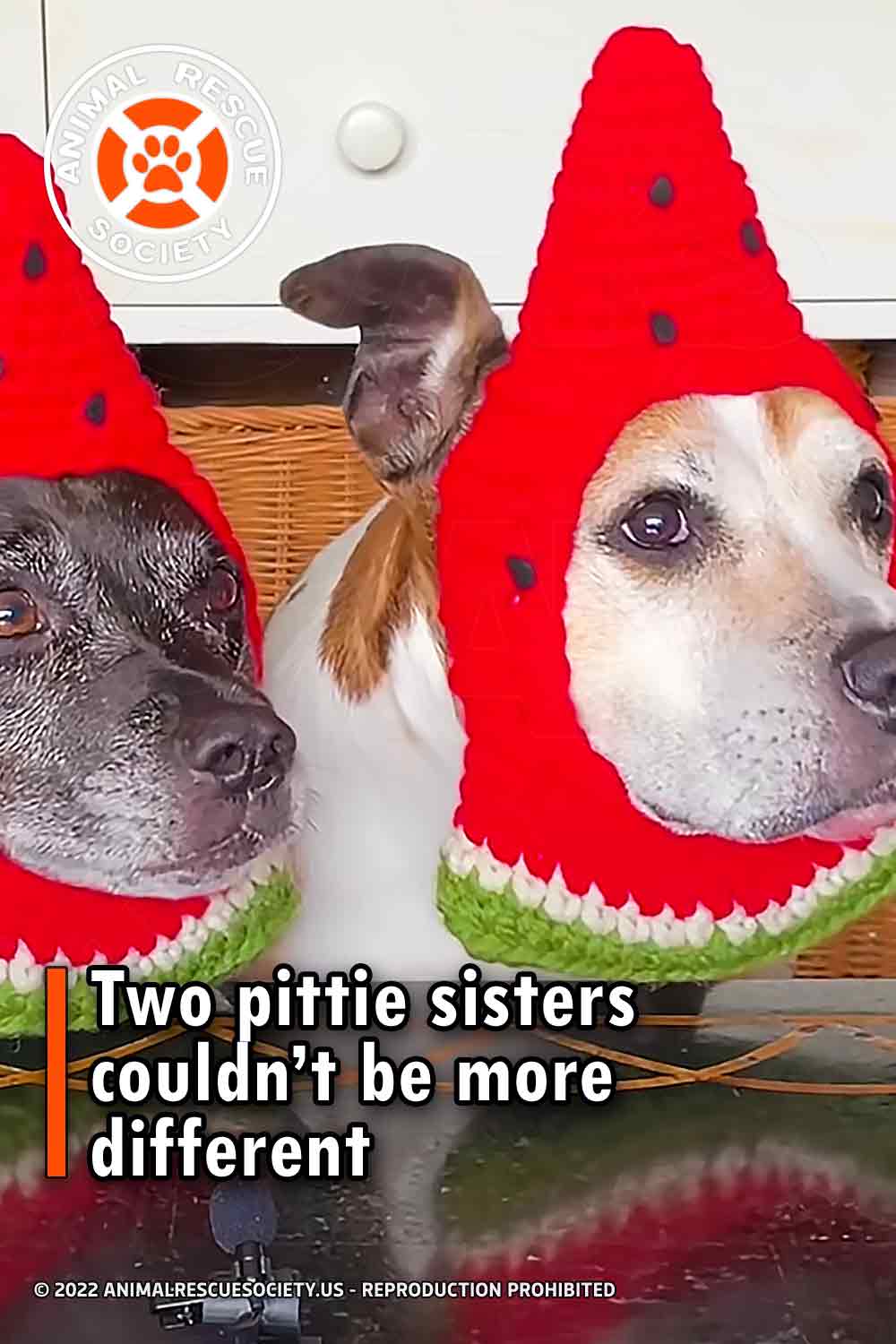