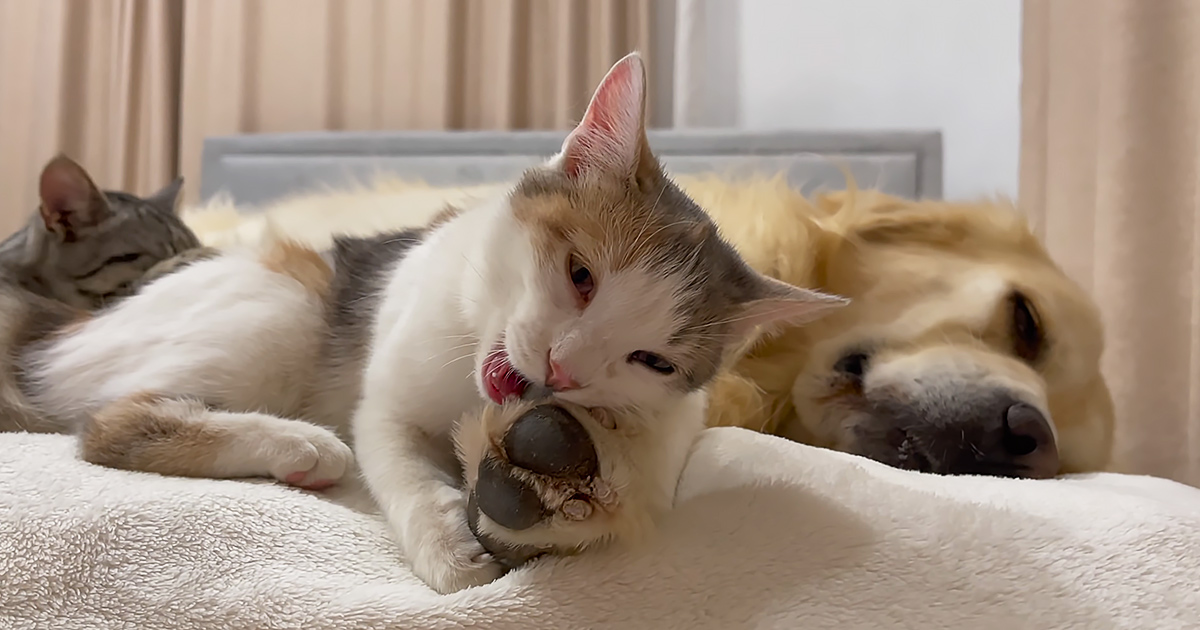 Bailey, the Golden Retriever, was trying to take what was supposed to be a relaxing nap when he was bombarded by two curious and playful kittens. The results are adorable to watch.

While most of us are not too pleased when our sleep is interrupted, this patient Golden Retriever took the whole situation in stride. Despite their efforts, he was intent on grabbing some shuteye.

And for a little while, the tired pup succeeded. That was until one of the little troublemakers found his weak spot and tried to munch one of his exposed toes.

Bailey sat up with a start and readjusted, but the white kitten persisted. Just as the Golden Retriever settled back into position, the kitten struck again, and he flinched awake.

While this exchange was happening, the other kitten tried to drink milk from his hind leg. Finally, the beleaguered dog sat up, staring into the camera with an expression that many exhausted parents would recognize.

The tired dog laid down his head in a canine expression of defeat as the kittens continued to use him as a plaything. He hardly reacted as the kitten started chomping down on his paw again.

But all hope was not lost. Eventually, even the kittens got exhausted, and the two of them settled on top of the fluffy dog. At last, Bailey could get the sleep he so dearly wanted. 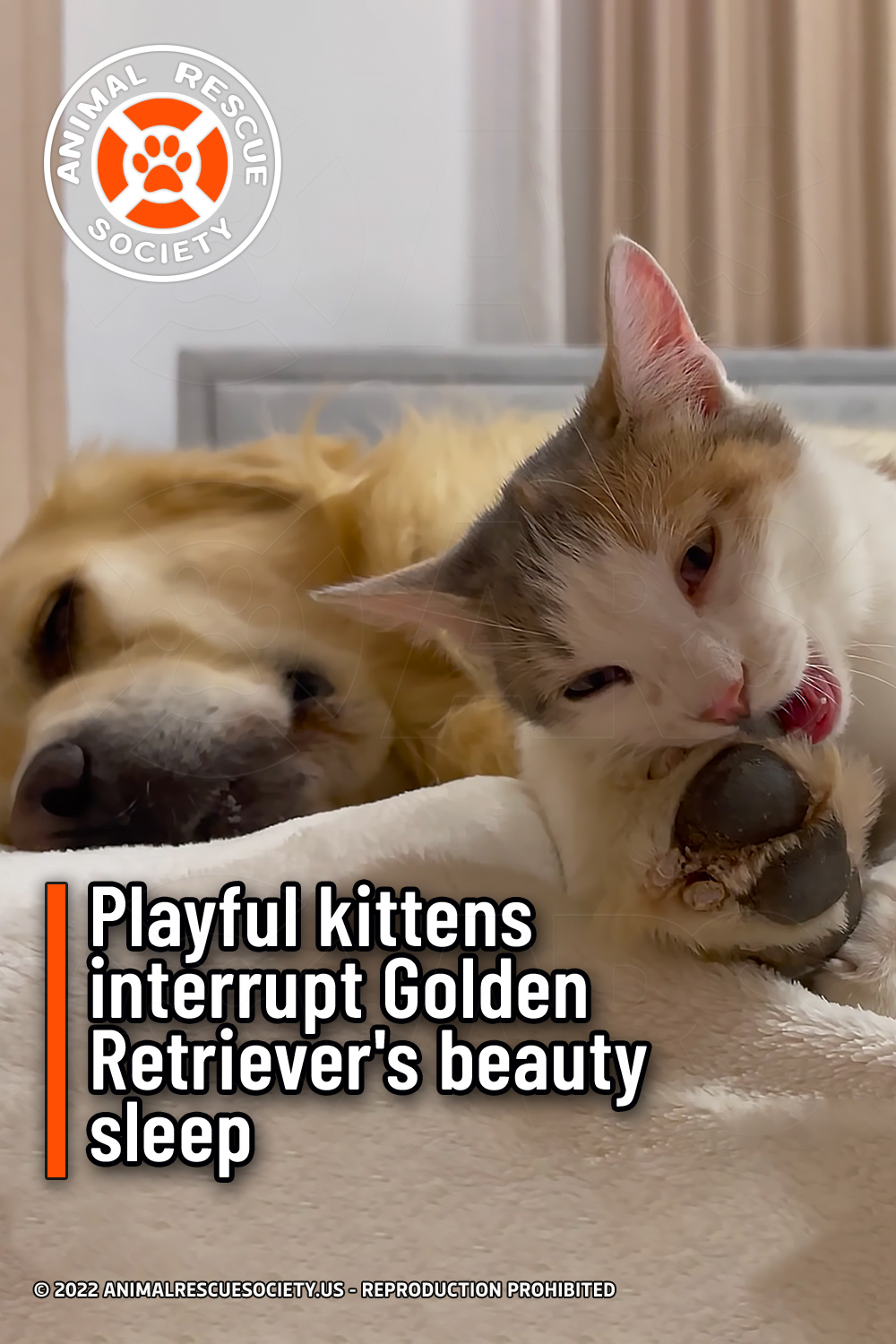