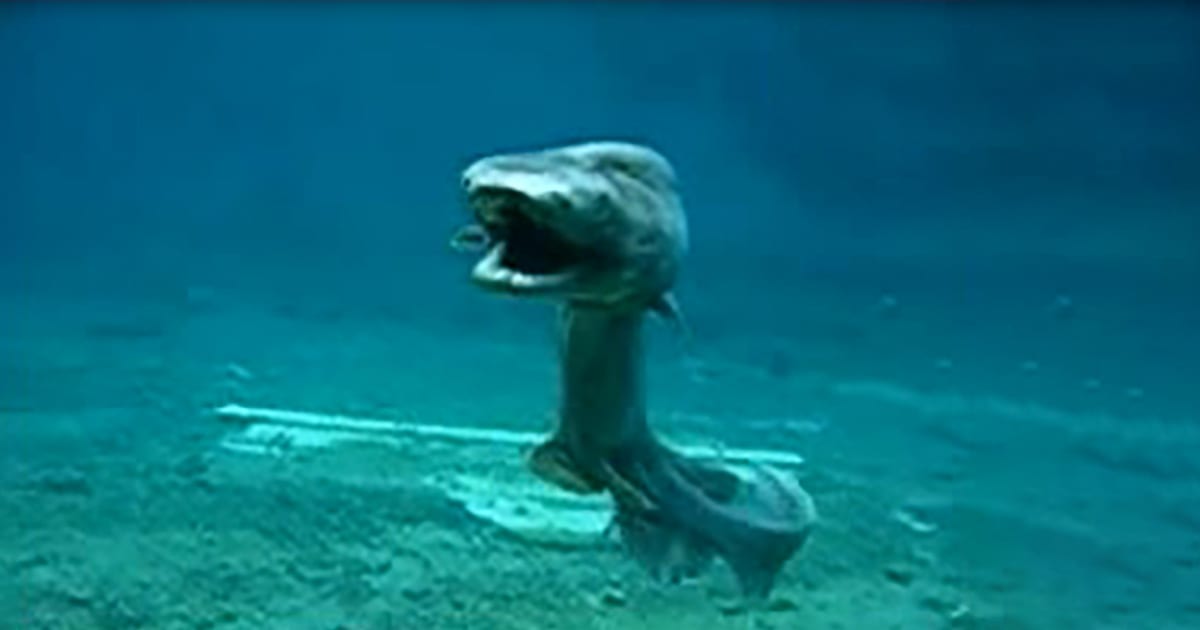 Have you ever seen a living prehistoric creature? If not, this video is going to be a treat. An exceedingly rare frilled shark, which many people associate to the Mesozoic era, surfaced near Awashima Marine Park in Shizuoka, Japan, in January 2007. Frilled sharks are often referred to as a living fossil because they are a primitive species that have changed very little since prehistoric times.

This deep-sea dweller lives particularly between 600 and 1,000 meters below the surface and rarely swims in shallow waters. This female shark was supposedly sick at the time of its capture, and it died shortly after being placed in the park’s saltwater pool.

So what does a frilled shark look like? Not very frilly, I can tell you that. This one looks prehistoric and vicious, but takes no interest in the human swimming next to her. She’s eel-like with sandpaper-like skin but huge with eyes that stare blankly and huge teeth. She never closed her mouth in this clip. I wouldn’t want to meet up with her in a dark alley, that’s for sure. Watch this fascinating creature in the video below. 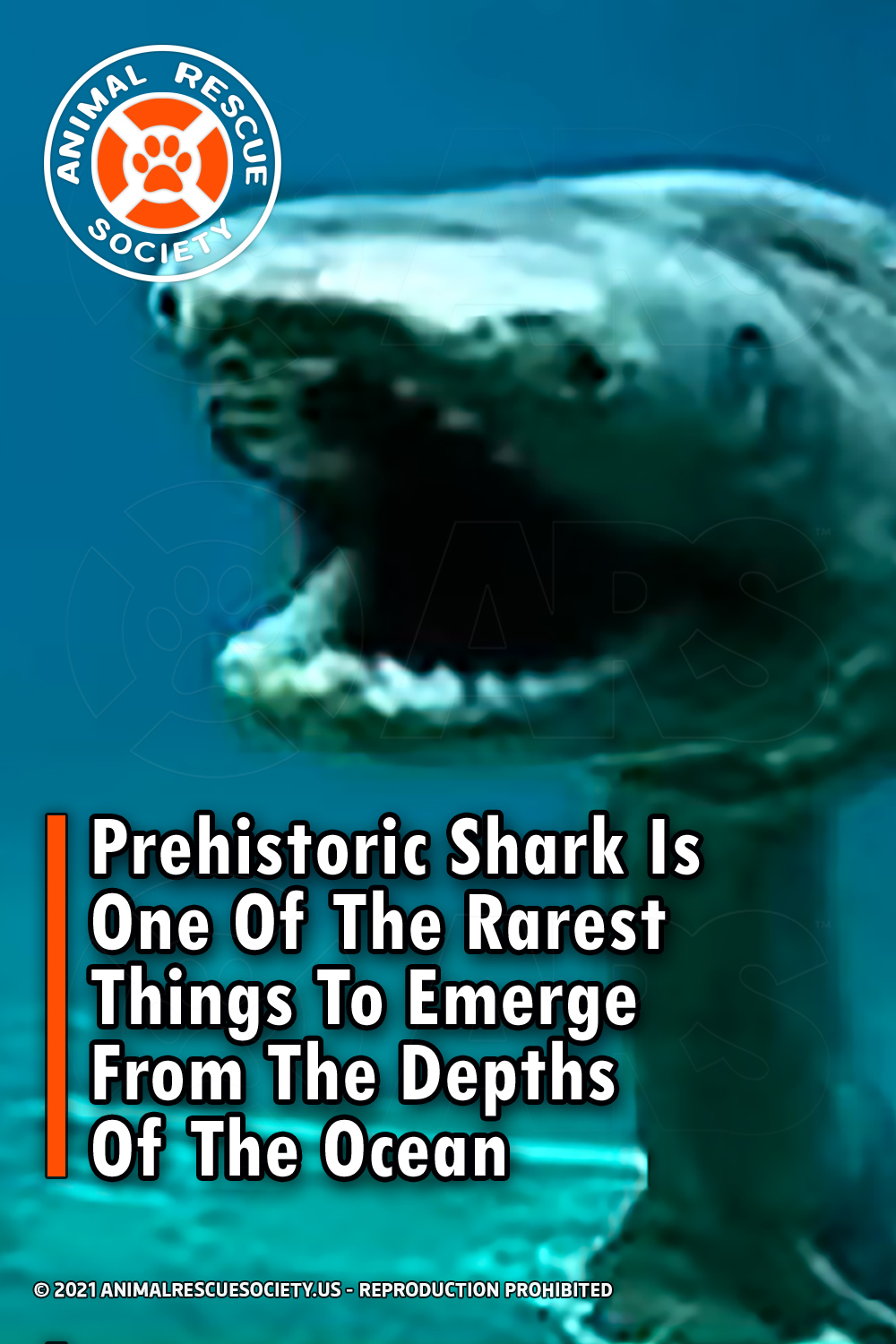