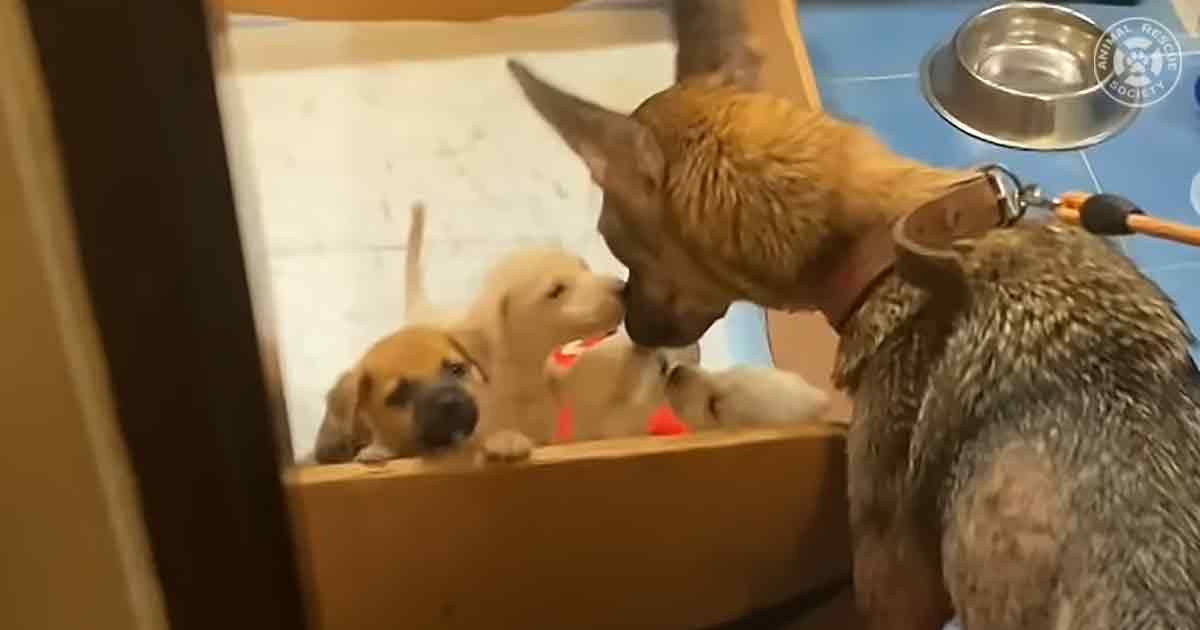 Aria has more than just a soft spot for animals. She feels compelled to rescue any lost or abandoned pet she comes across. She often keeps dog food and a bowl in her car.

One day, Aria saw a dog who had clearly recently given birth on the side of the road. The mama was very skinny, so Aria stopped just to offer her some food.

However, the mama led Aria back to her five puppies. The puppies were covered in fleas and ticks. Their bellies were very swollen, which let Aria know they were full of worms.

She couldn’t leave the puppies behind when she knew that they might not last another day or two. Though she hoped to bring the mom along, the dog mama wouldn’t get in the car.

Aria decided she’d have to come back for the mom and focus on saving the puppies. She took the pups to a shelter, where they were given special care.

Then Aria returned to feed the mom and gain her trust. However, the mama didn’t want food–she only wanted her babies. She followed her puppies’ scent back to Aria’s car. Just as Aria was about to pull away, the mama jumped in the car.

Aria was able to bring the mom to the shelter, where she was reunited with her five puppies. The sense of relief that came over the mama was visible, and her puppies couldn’t stop wagging their tails. It was a very happy family reunion. 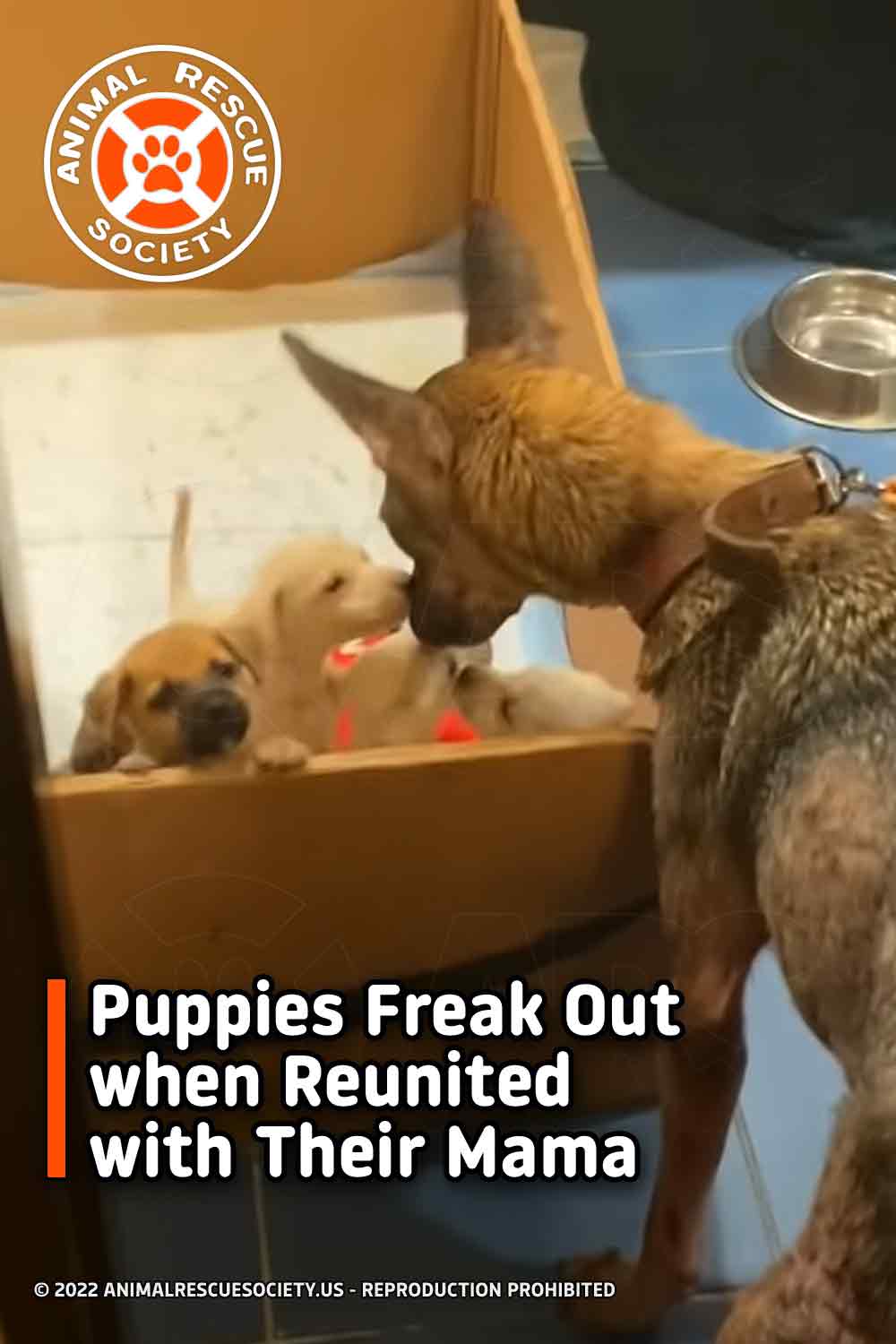