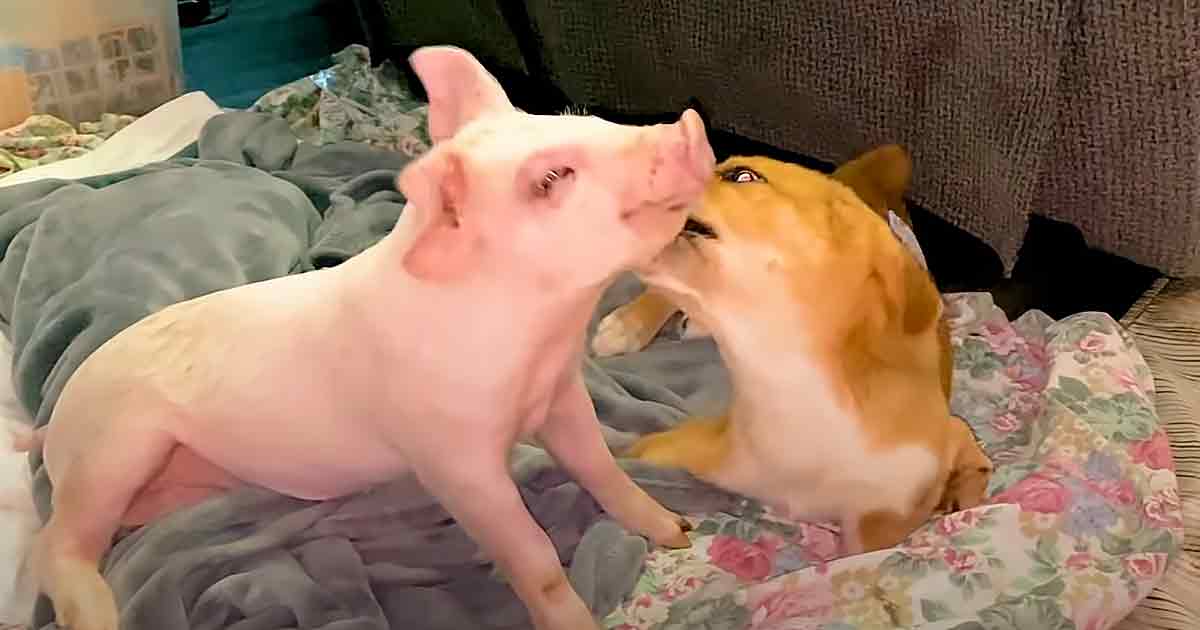 When Lauren adopted her puppy Winston, she found out from the veterinarian that her little one could not play with the other dogs. He was missing his front legs and had no sternum to protect his chest, so he could have been hurt by his siblings.

Lauren felt distraught, but she knew it was for the best. But one day, Lauren brought home the friend Winston needed, a pig named Wilma that rescuers had found wandering down the side of a street.

When Wilma arrived, it was like another puppy had joined the family. Winston and Wilma played constantly. “All they want to do is play, sleep, eat,” said Lauren. “That’s the puppy life, right?”

The two baby animals did everything together. Lauren even fed them treats together, from tasty pumpkin to delicious watermelon. Wilma and Winston’s loved playing in the ball pit their mom set up for them.

Sadly, as Wilma grew, Lauren worried that she might accidentally hurt Winston, too, and Winston was again without a playmate. Lauren bought Winston a stuffed animal named Wilma, but it was not the same. He missed his sister.

Fortunately, medical technology came to Winston’s rescue, and he got a chest protector. “The chest protector changed everything,” said Lauren. “It enabled him to start playing with Wilma again.”

Thanks to his chest protector, Winston could play with his canine siblings, too. “Winnie and Wilma’s friendship makes me feel so much joy and happiness,” said Lauren. “She came at a time when he really needed a friend.” 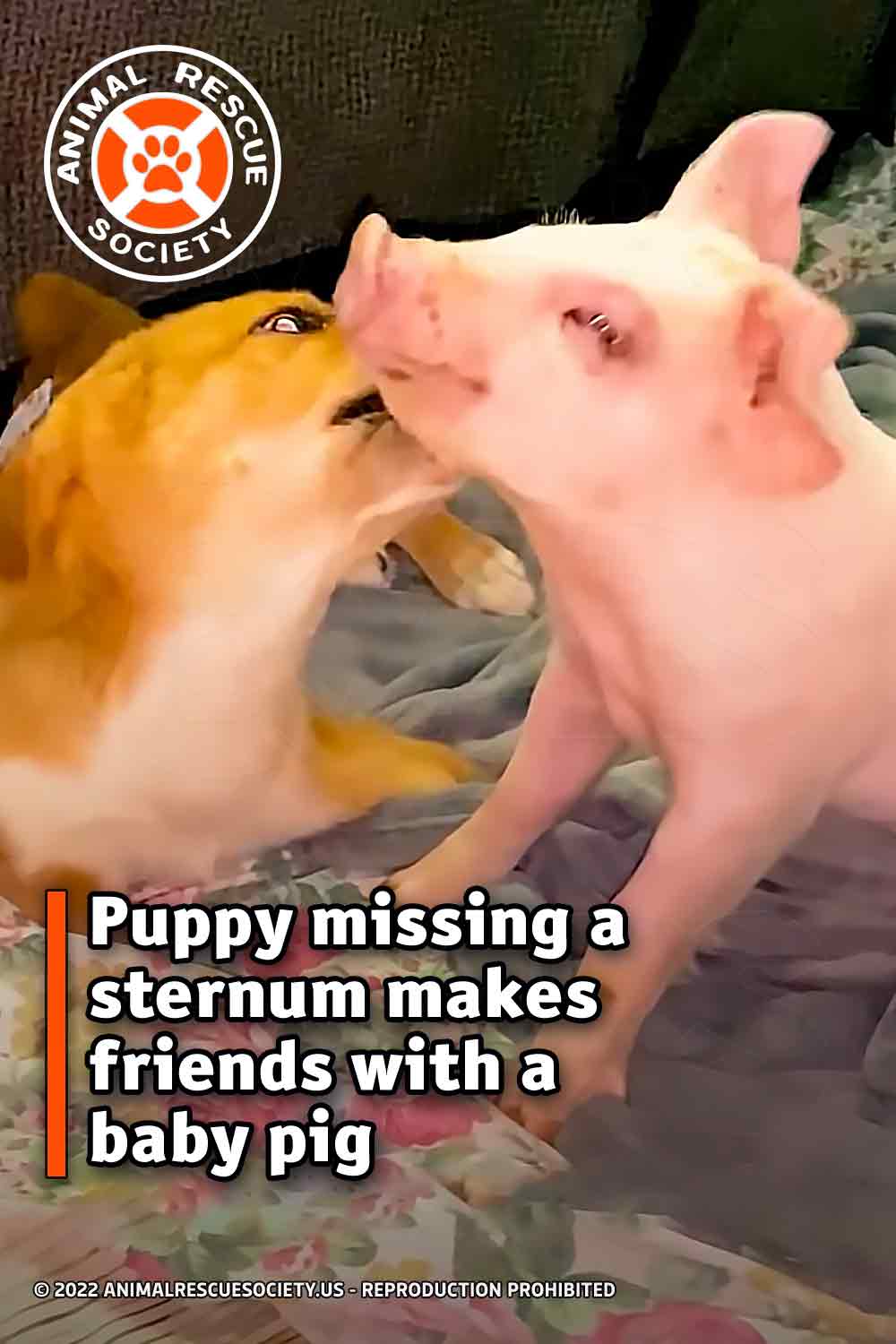