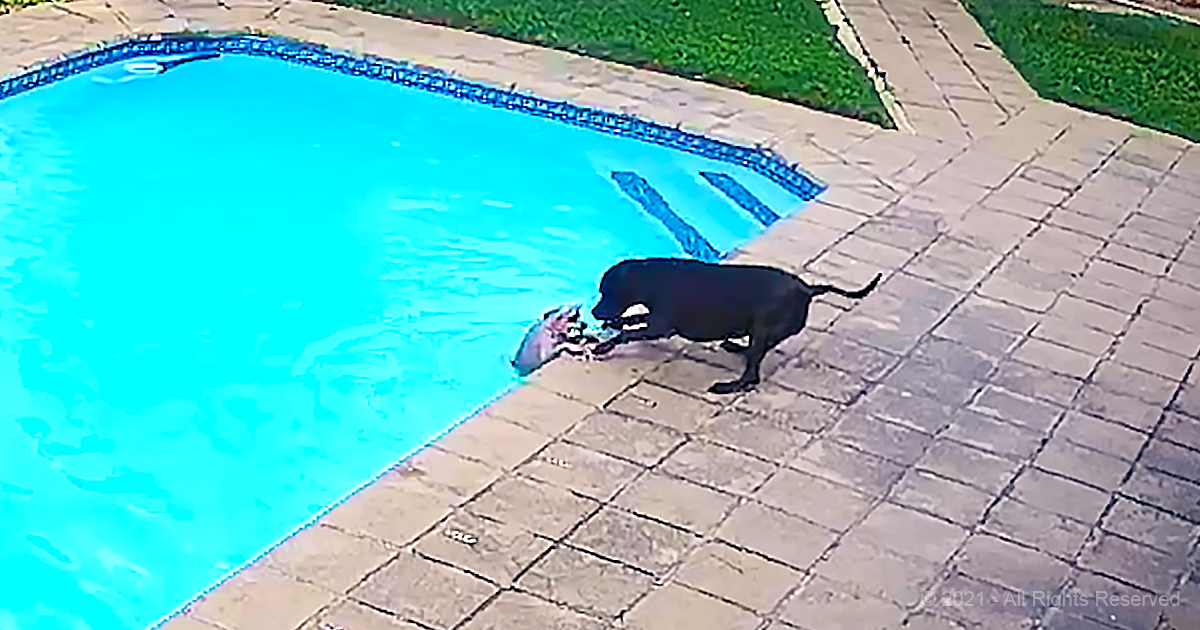 Chucky, a Pomeranian, almost drowned in a pool, luckily his sister Jessie, a Staffordshire bull terrier, saved him from drowning.

As Byron and his wife Melissa return home, they got confused when they saw one of their dogs, Chucky, wet. Thanks to their security footage, they got their answers.

What they saw shocked them; Chucky stumbled and fell into the swimming pool. Because of Chucky’s small size, he struggled to swim out of the pool.

Jessie, their other dog, saw Chucky struggling. She looked for a way to help her brother get out of the pool. As if she’s encouraging Chucky not to give up.

After several attempts, Jessie got Chucky’s scruff and pulled him out of the swimming pool. She even placed her paw on her brother’s back, making he won’t fall again.

The owners were thankful to Jessie. Byron said, “I’m proud of her, considering she is the youngest.” The family decided to install a pool cover to keep their pets safe. 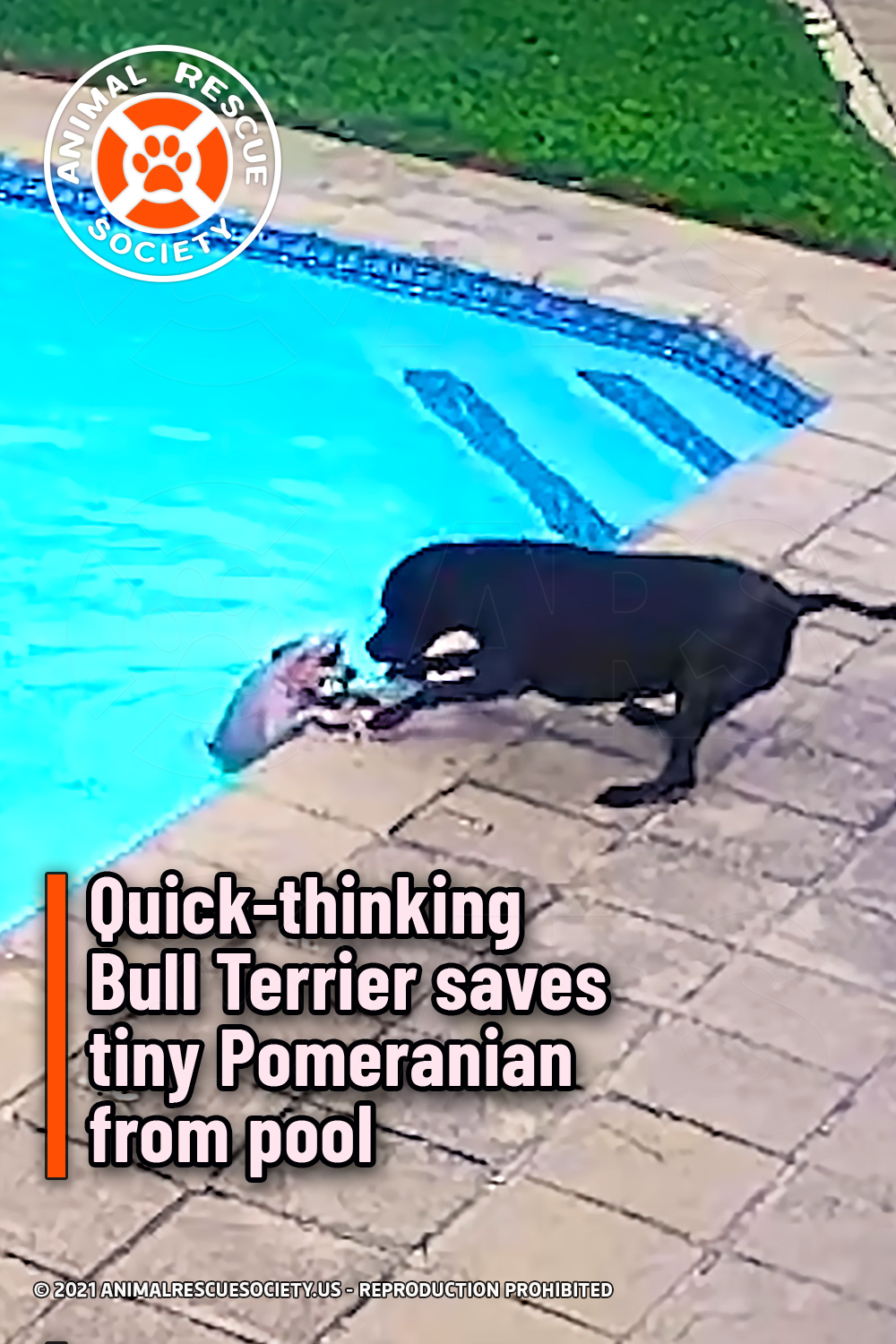