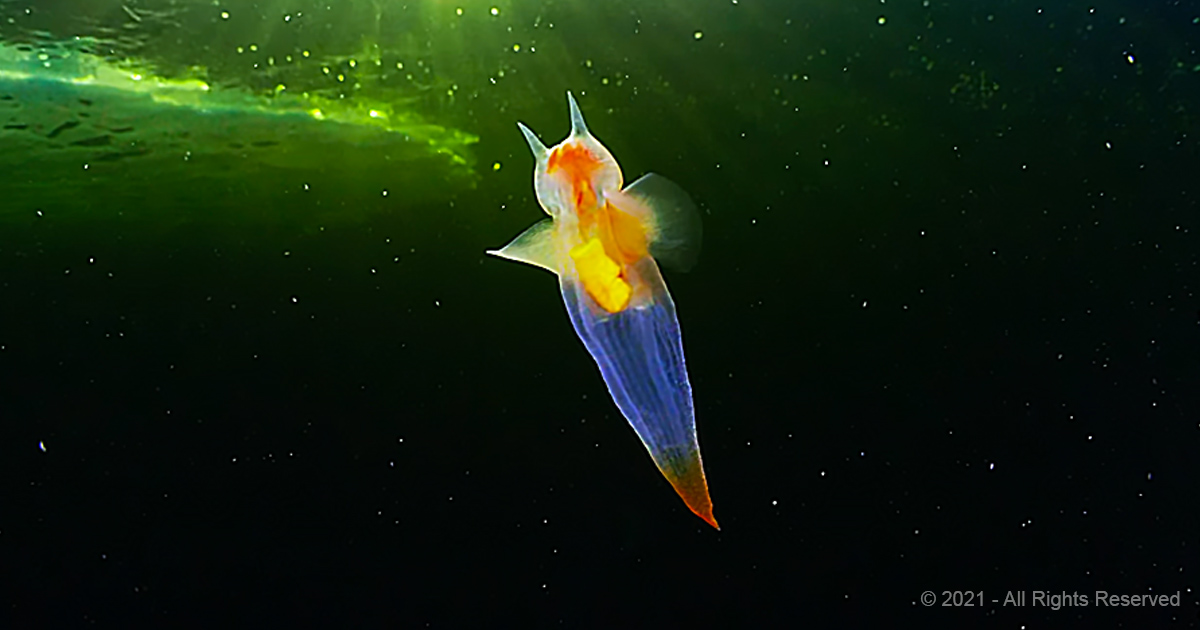 Bright, graceful creatures gliding and drifting in a blaze of color is not what most of us imagine when we first think of sea snails. However, Pteropods are a specific breed of snails that do just that. The word ‘Pteropoda’ means wing-foot – the very appendage that allows them to soar beneath the sea as if flying in the air. Vlogger Aquatilis provides this beautiful footage of the rainbow sea angel slug swimming through the green waters of the White Sea.

The external appendages which allow this slug to propel itself through the sea are known as parapodium. Other slugs aren’t equipped with these “wings.” Northwest Russia’s the White Sea hides a wonderland of color beneath the waters with these beautiful creatures creating a striking contrast. Within just a month of March 2018, when this video was filmed, the whole next field season was about to begin changing the underwater landscape completely.

Beneath the ice of The White Sea, a driven underwater vlogger Aquatilis has captured the rainbow sea angel slug gracefully propelling itself along. It’s a rare majestic sight that seems ripped from another world. The frigid Russian waters are hiding a treasure of nature, and one of the strangest creatures you’ve ever seen. 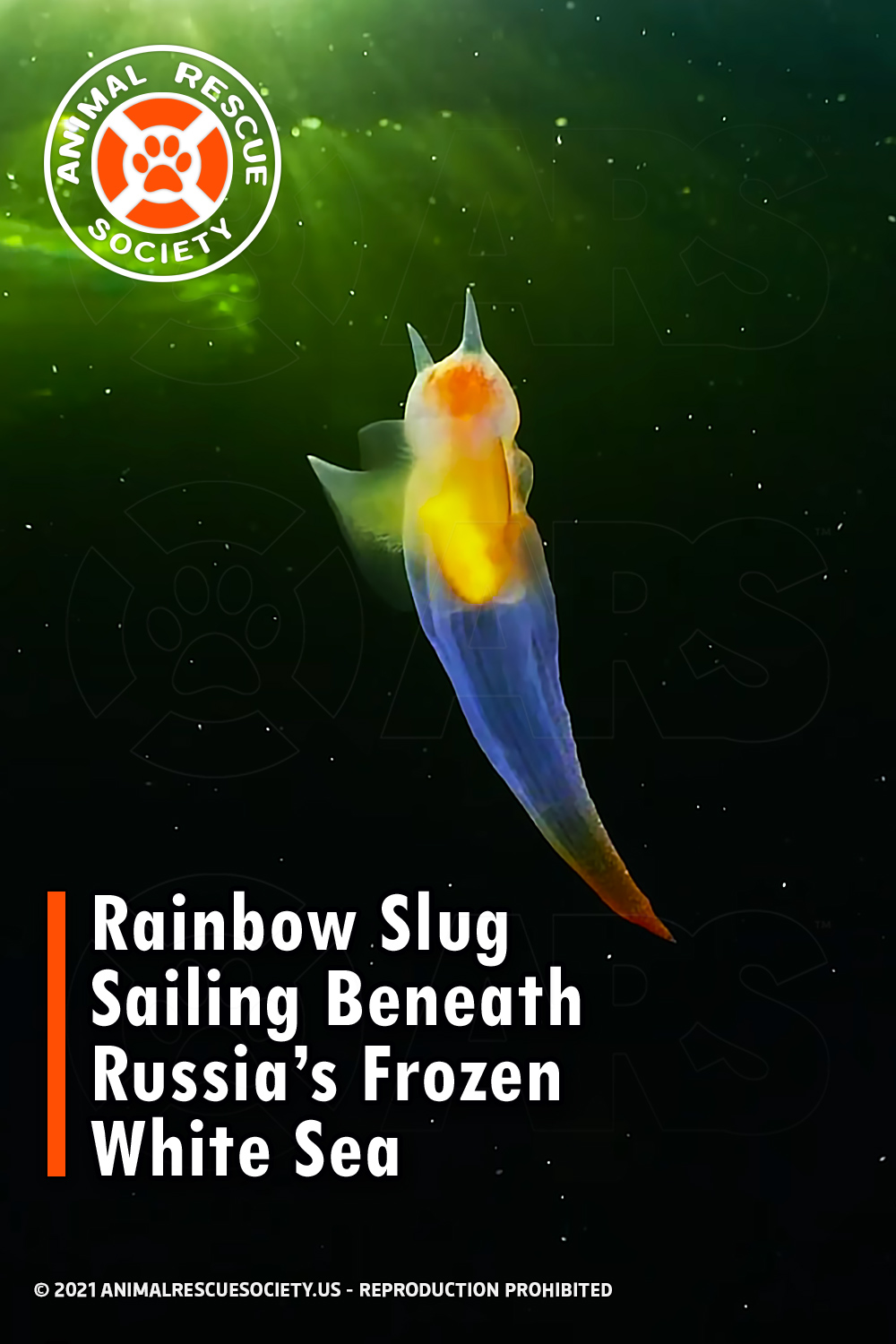