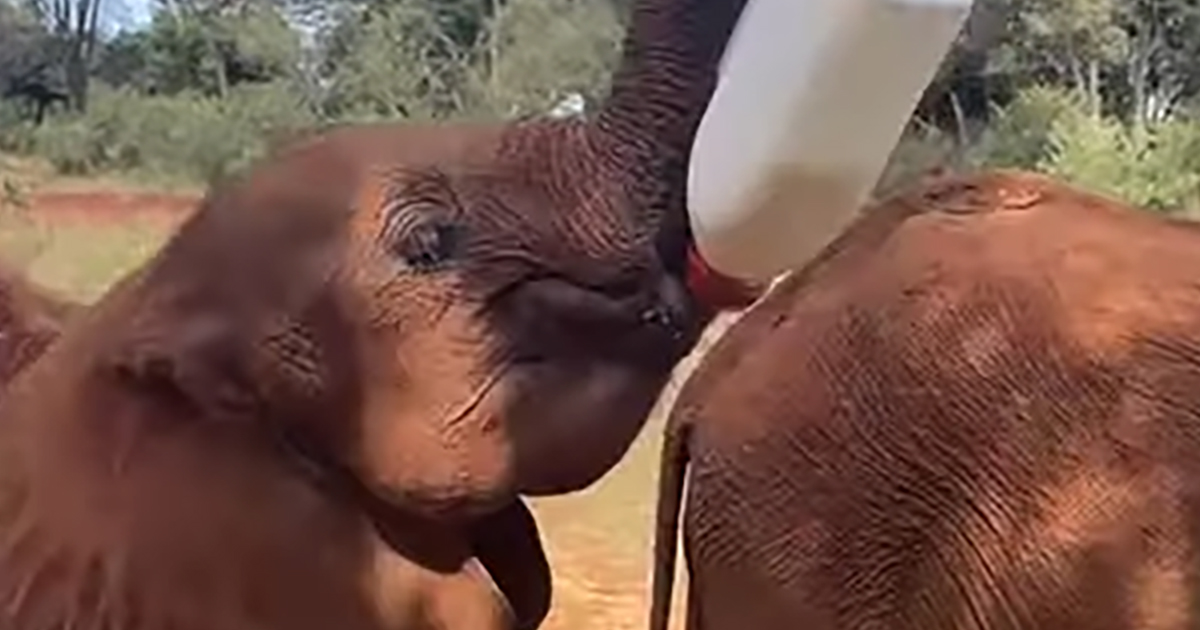 An orphaned baby elephant holding a bottle to feed on its own for the first time warms the hearts of viewers. The adorable moment was recorded at the Sheldrick Wildlife Trust in Nairobi.

The charming baby elephant is a two-year orphan having been rescued as a newborn back in 2019. Rescued young elephants are fed formula milk before they can be weaned.

In the video, Bondeni, the orphaned baby elephant, is excited to hold its bottle of formula milk as it’s handed over by its handler. The bottle soon falls after Bondeni loses grip. However, the handler helps her finish drinking from the bottle.

Bondeni was found wandering in town at the foot of Chyulu Hills. At the time of rescue, the baby elephant had wounds on the legs after walking near the lava fields at Chyulu.

Immediately after the rescue, the caregivers cleaned the wounds since the orphaned elephant could barely walk. Bondeni was transferred from the neonatal to the nursery unit to interact with other young elephants.

The Sheldrick Wildlife Trust is an animal rescue center founded in 1977 to rescue, rehabilitate, and reintegrate elephants and rhinos. The center works closely with the Kenya Wildlife Service and Kenya Forest Service in its projects.

Bondeni is fed formula milk every three hours by the keepers to simulate how she would be naturally fed if she was in the wild. With training, some of the elephants learn how to feed themselves independently. 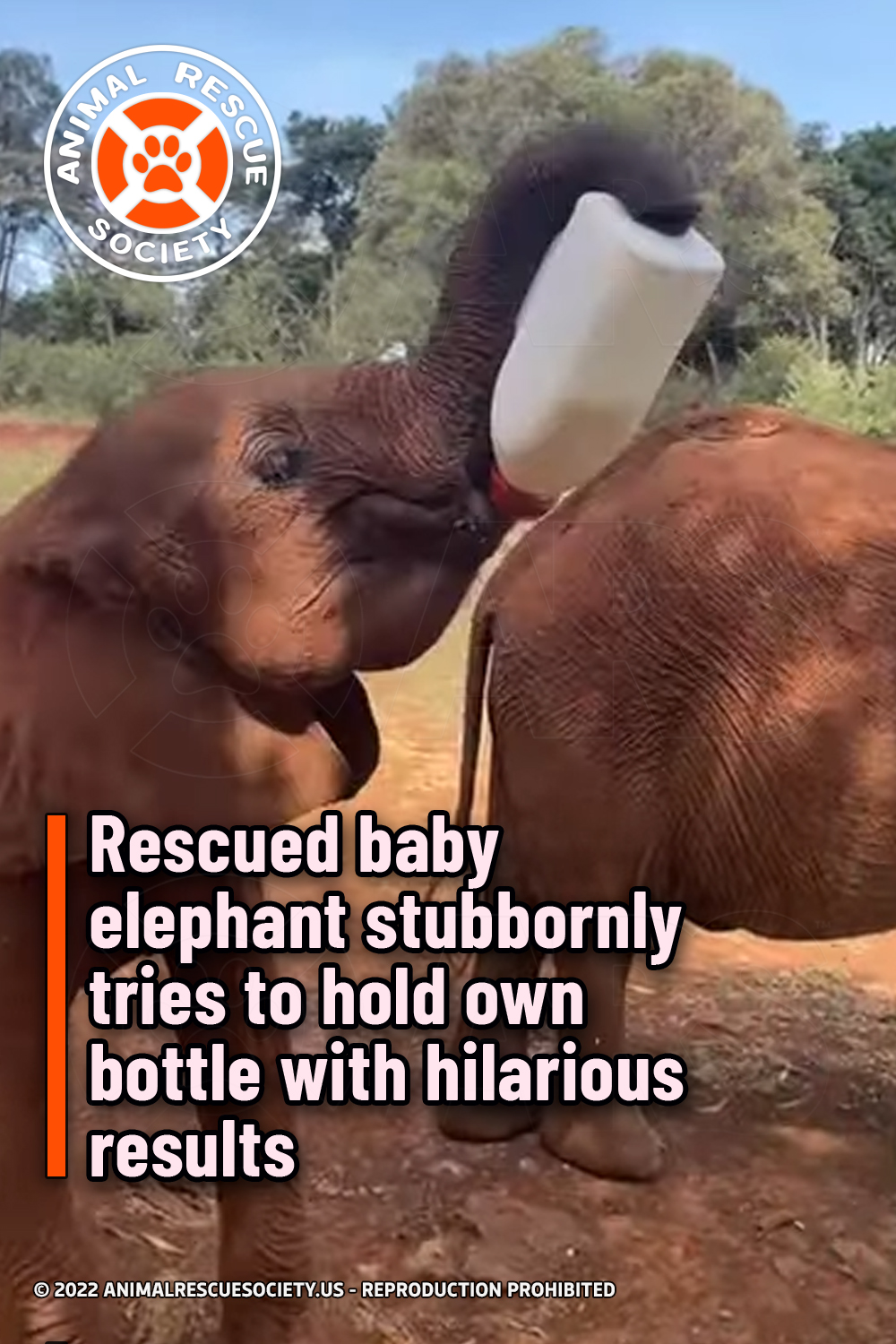