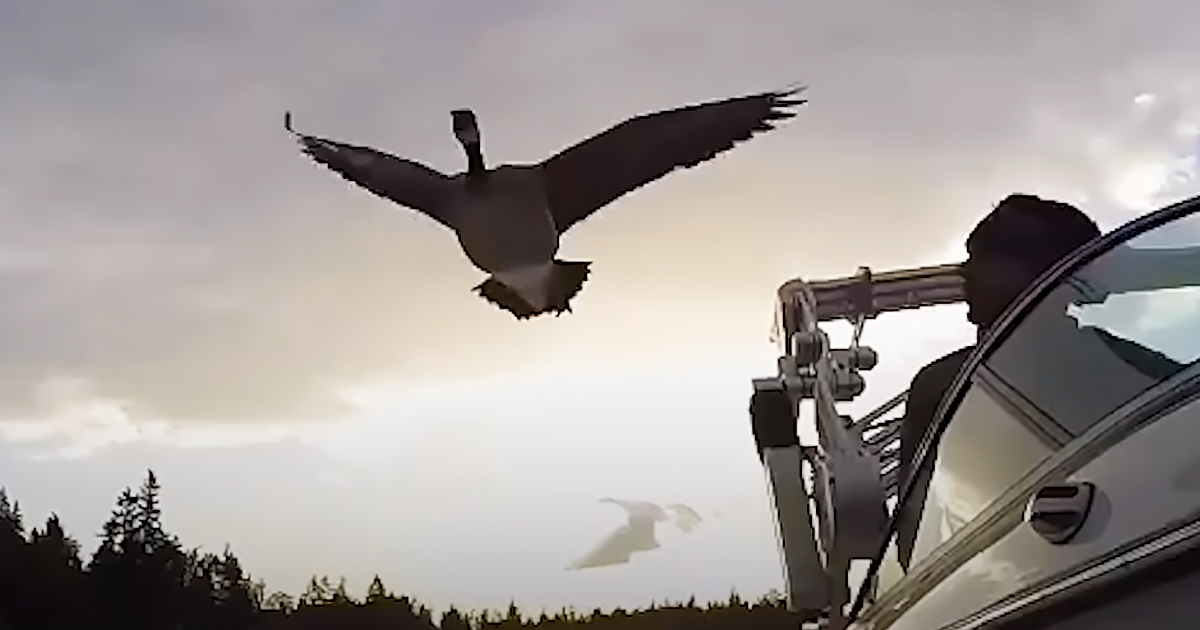 Years ago, Mike, who lives on a lake, saw an abandoned baby goose. The baby had a hurt foot, which is why she might have been abandoned. The gosling jumped right on top of the swim deck of Mike’s boat.

Mike named the baby Kyle, and he cared for her. He never kept her in an enclosure or sought to put her in a cage. Kyle was free to roam the land and spend time in the lake.

As Kyle learned to fly, she would follow Mike’s boat every time he was on the water. If he steered his boat to the left, Kyle would veer that way as well. It was like two planes flying in tandem.

Kyle grew and became a healthy adult goose. She was free to leave the area, but she never did. She got a boyfriend, a goose named Eugene, and they settled on the lake together.

The first birthing season brought them baby Jack, who also befriended Mike. As Jack grew, twins Delta and Bravo were hatched as well. Now they are a family of five.

All five geese fly in formation together, still following after Mike. Every time he goes out on the lake, he has a whole flock for company. They fly right beside him, sometimes close enough for him to reach his palm out to pet their bellies.

Mike’s one act of kindness–providing safety and nurture to Kyle all those years ago–has won him lifelong friends in the form of her mate and children. All the other people who live on the lake must enjoy seeing Mike and his crew go out for a sail and flight. 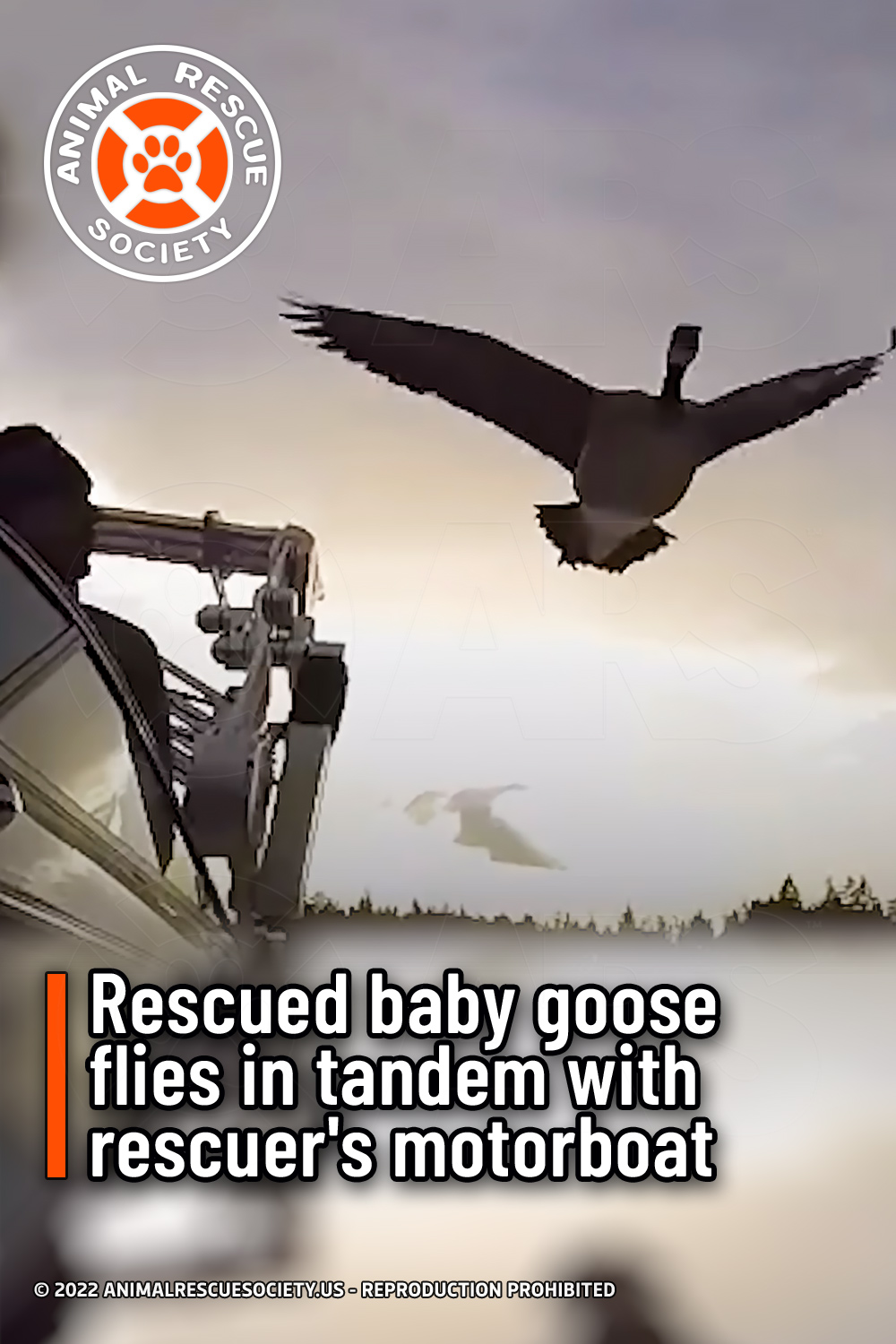