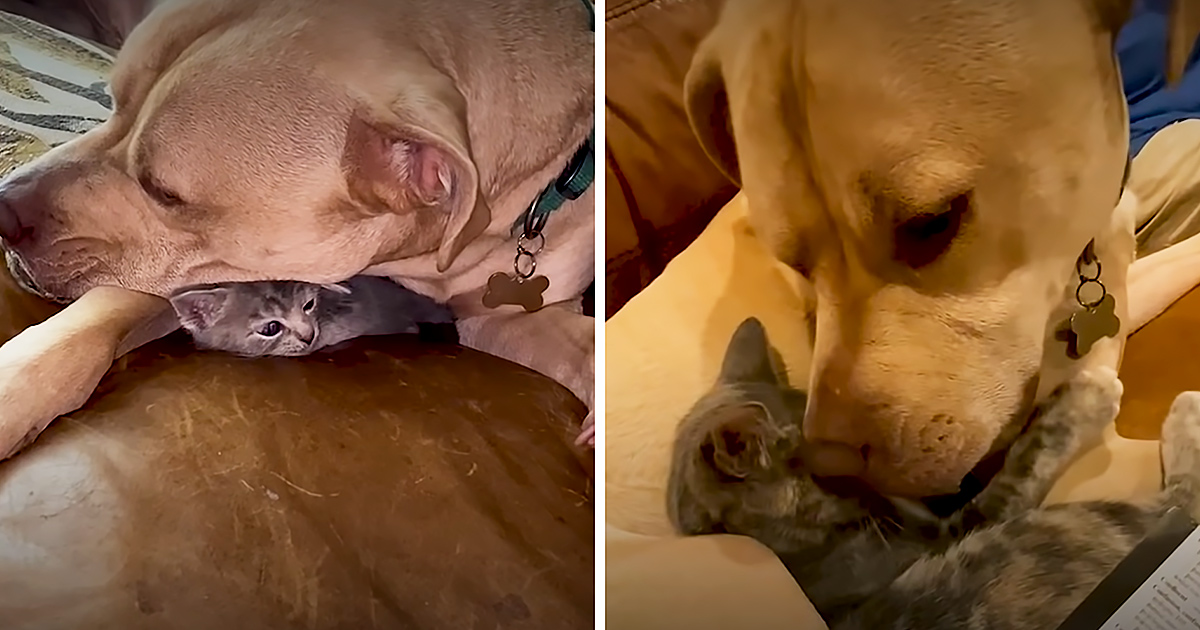 You will seldom find a person who loves to bring in abandoned animals to stay with them at home. However, Jon is such a man. Recently, he came across a tiny newborn kitten lying under a giant oak tree near his home. At first, he mistook the kitten for a mole.

Initially, he could not understand how the newborn could end up right outside his front door. His reason for wondering this way was a lack of bush near his house. The closest one was 15 feet away.

Jon’s friend told him that cats sometimes keep their babies on top of big trees. When Jon looked up the oak tree, he noticed a nest under which the kitten was found. He took the baby-cat home with him, where he and his wife, Christy, nurtured her. The couple named the kitten Dora.

Little Dora was fed every two hours per the vet’s directions. Soon Dora grew up to be a playful and feisty cat. A Pitbull named Brody and another black cat lived in the same house. The three animals became great pals. The friendship was solid between Brody and Dora.

The dog and cat duo would often fight and play with each other. However, the big dog was always gentle with the baby cat. Brody always allowed Dora to lay and stand on him. According to Jon, they were like two peas in a pod.

Jon really loved raising baby Dora. Once she got slightly bigger in size, she started scaling the drapes. Her latest trick was to swing from the chandelier. She would clamber onto the chandelier, spin around a bit and fall off.

Dora also plays with the other cat in the house. However, her favorite play and fight buddy is Brody. Although he is much bigger than Dora, he would never hurt his little sister. 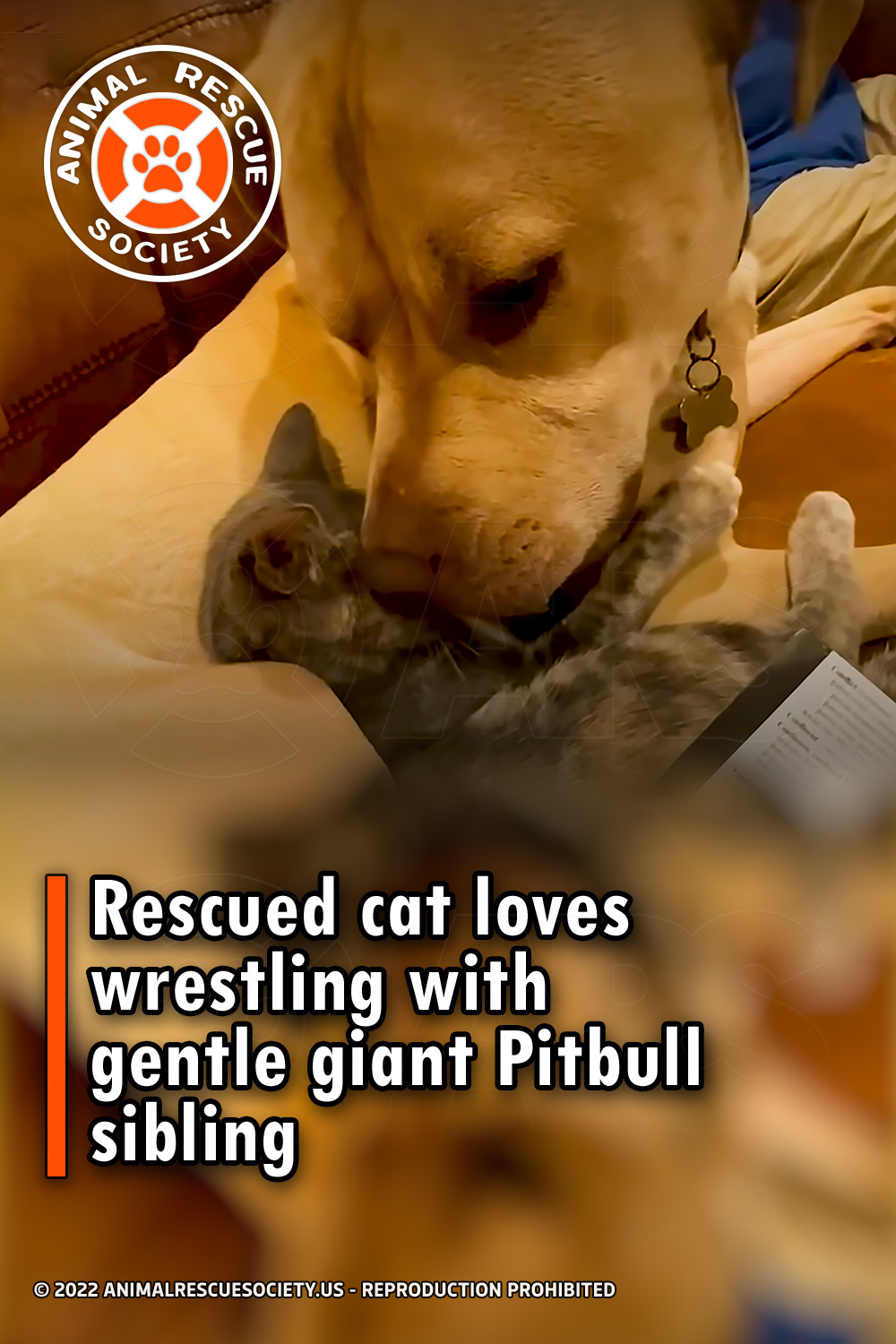