This duckling was given a second chance to hatch thanks to this fancy chicken. Now, he’s the perfect doting big brother to the second clutch of chicks.

Alwyn Wils, the gentle soul behind ‘A Chick Called Albert’, rescues and raises birds and other critters of all shapes and sizes, sometimes with unexpected results! This strange tale is definitely one of the odder ones.

When Albert unexpectedly hatched a fancy Silkie chicken from an abandoned egg, he never expected that she would grow to help him nurture the other eggs that fell into his care. That is precisely what happened, however.

He decided to replace her first clutch of unfertilized eggs with a random assortment of eggs that hadn’t hatched yet. One of those eggs hatched under the Silkie’s care, becoming a mysterious duck with an uncertain species.

The Silkie took to the task of raising this duckling as her own, and they quickly formed a sweet bond. They are still together and hardly leave each others’ side, even after Alwyn gave the Silkie a second clutch of fertilized eggs to watch over.

This time, all six eggs hatched, including one that he had to coax out of its shell. The duck is still hanging around with his mom and new siblings, helping her raise them. This sweet little family may not be related, but they have bonded in all the ways that matter! 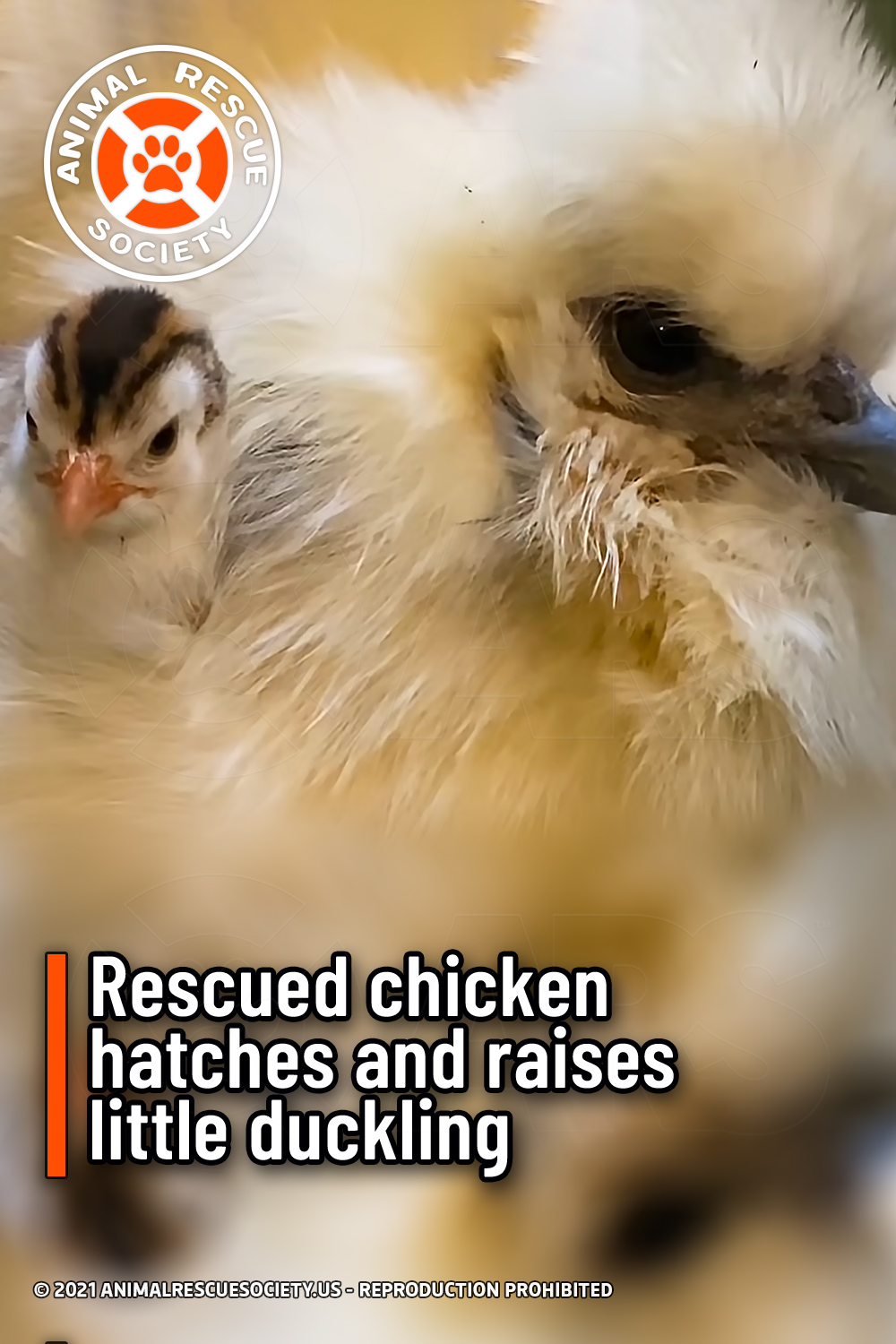