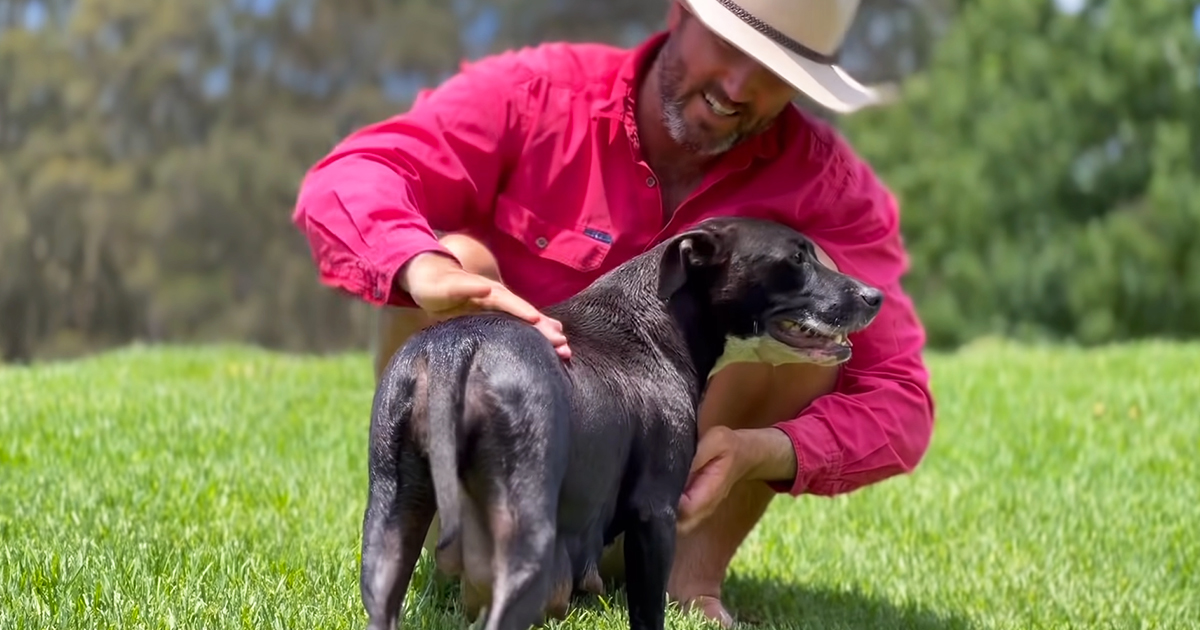 A pregnant mama dog has the time of her life as her rescuers give her a full day of fun, pampering, and love.

The rescuers invite her to have a meaty breakfast in the morning. Shadow, who has now had seven puppies, runs to eat the food with her stretched belly still hanging low.

After eating, she visits her puppies and sees them doing all right. The young puppies sleep peacefully in a large area of blankets. The pups huddle together for warmth and comfort.

The rescuers then invite Shadow for a day of relaxation and play. The first stop is a small pond, where they invite Shadow to take a swim. The dog doesn’t seem sure what to do, so the man takes off his boots so he can show her the water is safe.

Shadow then plays a game of fetch with a bright ball. Perhaps one of her first friendly games ever. The rescuers don’t know if she’d ever played before. Shadow then runs through a playground, feeling the sand beneath her paws.

After running around freely, the rescuers offer the dog mom a huge meaty bone, which Shadow enjoys heartily. Getting so much nourishment, exercise, and love is vital so that Shadow can feed her pups later.

These gentle rescuers have given Shadow the chance to have her puppies in peace, to feed them in safety. All new mothers deserve to know that their children are safe. Now Shadow knows too. 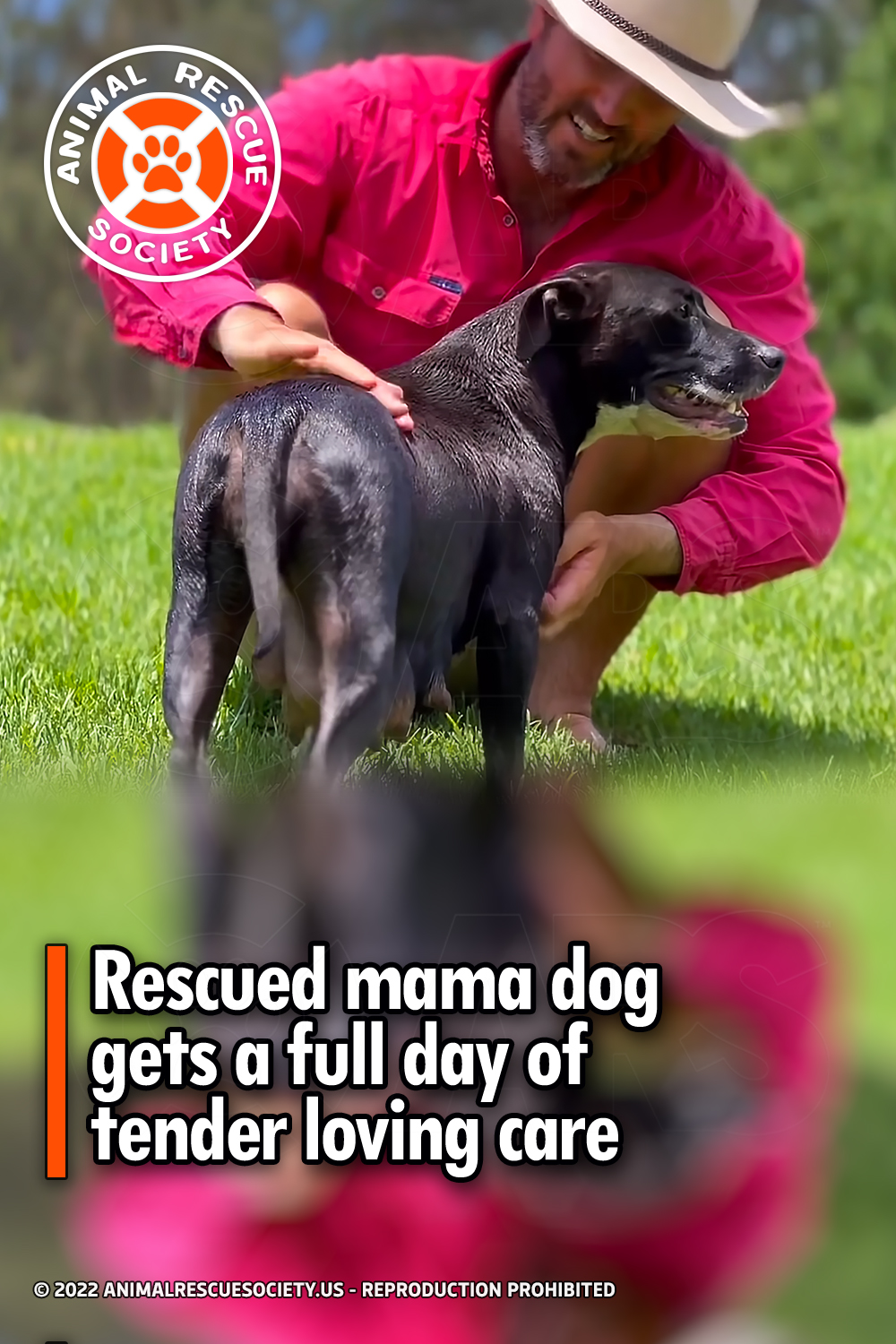