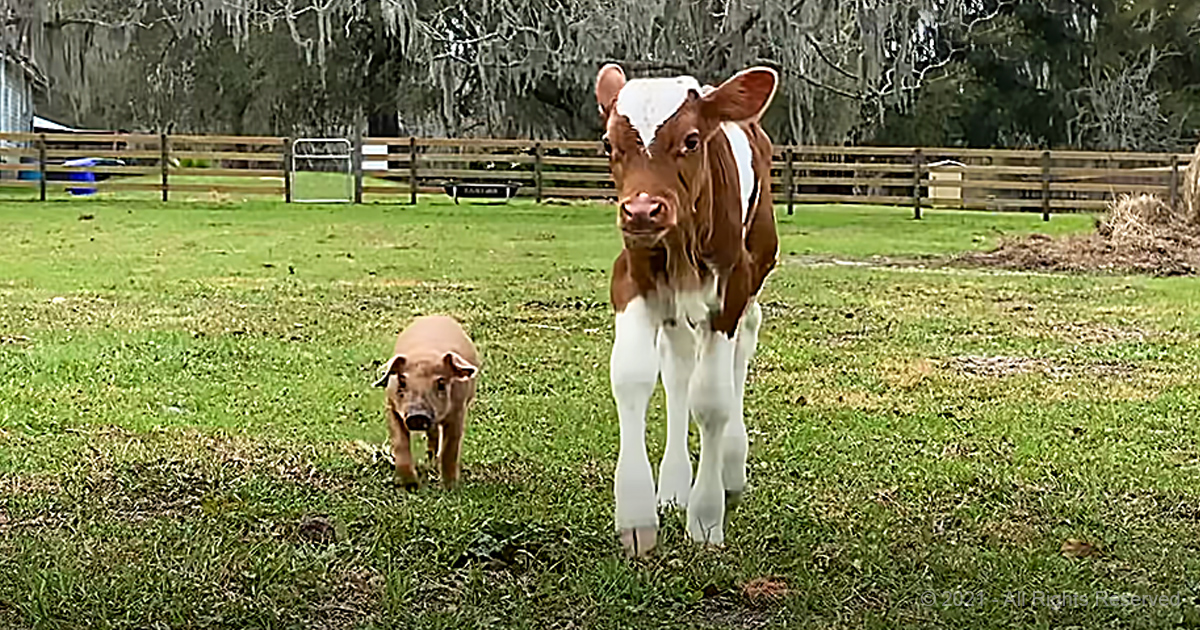 “Sometimes your chosen family is just as strong as your original family,” a rescuer says of Marley the piglet and Eli the calf and their unlikely animal friendship.

When the folks at Sisu Refuge found Marley the piglet, she’d just fallen out of a farm truck. She was still very young, probably just separated from her mother, and she wasn’t going to do well without help.

So they took her in, nurtured her, and got her to eat (even if she would only drink fruit punch at first). After some time, they found it was time to send her on to her forever home, as their Refuge was quickly running out of room.

So they made a date with Critter Creek Farm Sanctuary in Florida. Jason Bolalek of Destination Liberation calf rescue was on the way with a cow he’d rescued from a dairy farm, and he could pick up Marley on the way.

He put both of them in the back of his SUV and started the long road trip. Marley and the calf, Eli, seemed to take comfort in each other, cuddling and wandering around in the back of the SUV. They became fast friends.

Once they arrived at the sanctuary, Eli was happy to be released onto the grass. After a while, Marley joined him in the 45-acre pasture that was their new home. “Sometimes your chosen family is just as strong as your original family,” says a rescuer at Critter Creek Sanctuary. These two have found a family in each other. 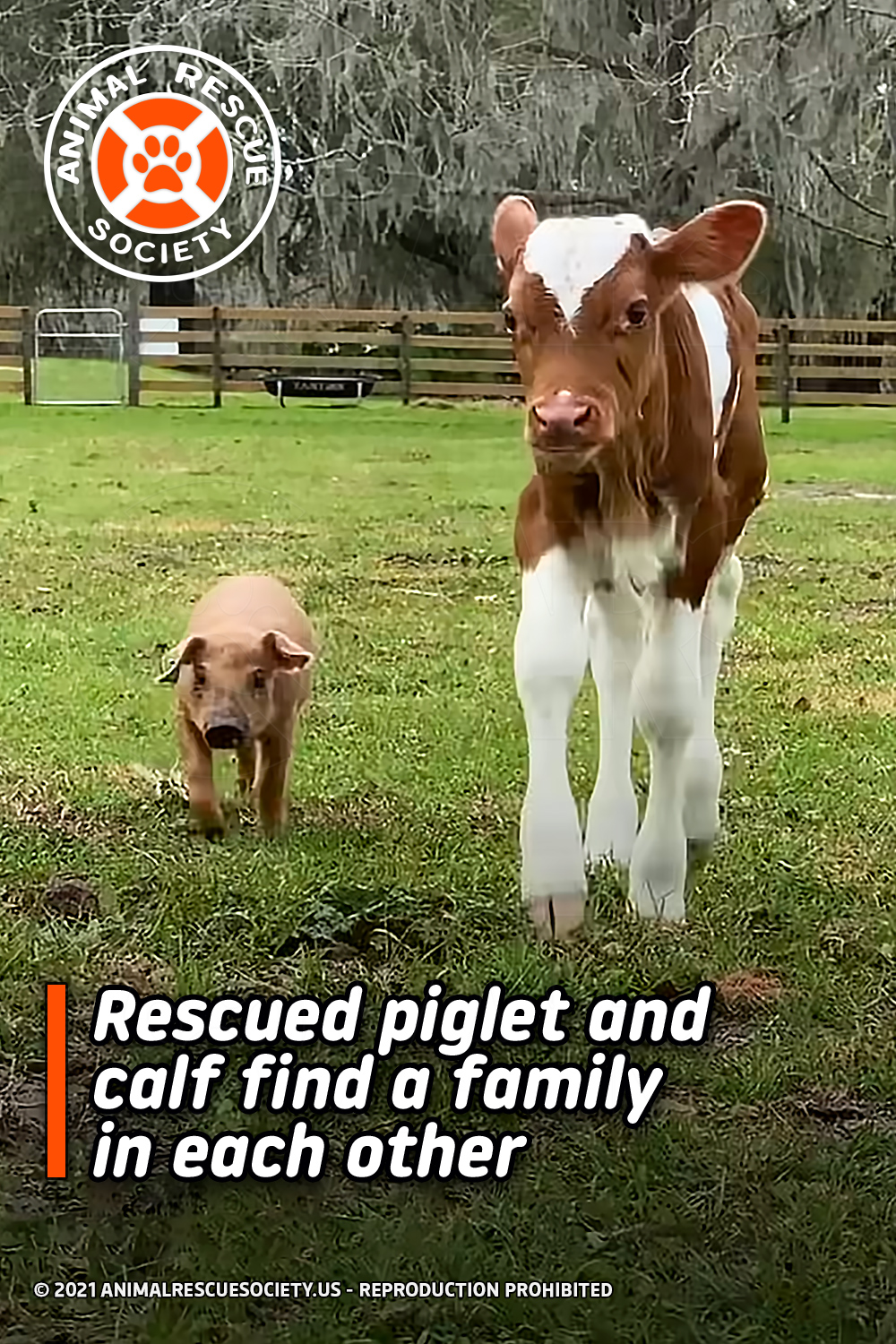