Animal rescue arrived at a house to find a raccoon and her babies stuck on a roof. The mother was scared, and she already had one of her babies in her mouth.

She left the house and took the baby raccoon with her. The rescuer could hear the cries of the other raccoons and opened the roof to find them.

He carefully pulled them out one by one, and there were three baby raccoons inside. One of the babies was with their mother, so there were four young raccoons in total.

Their eyes were already open, so they weren’t newborns, but they were still small. The mom was still nearby, and the rescuer had to make sure she could be reunited with her babies.

He carefully placed them on the grass next to a fence and watched from afar. The babies called for their mama, and she climbed over the barrier and was spooked by the rescuer.

She went back over the fence, and the rescuer apologized because he didn’t mean to scare her. The mother raccoon quickly returned and grabbed her baby with her mouth.

The fence was tall, but the raccoon was strong enough to climb it while carrying a baby in her mouth. She did this three times and retrieved all of her children. 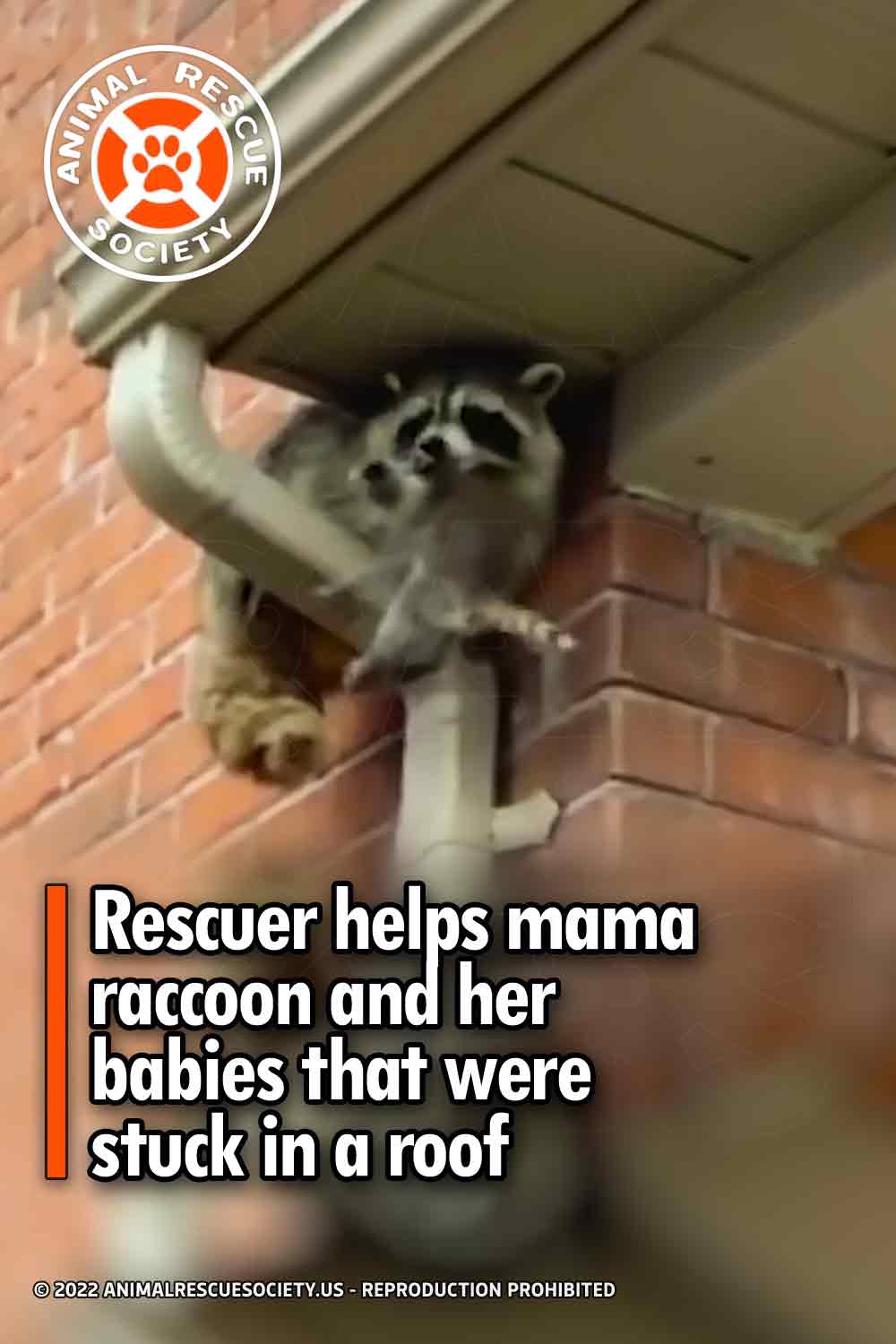