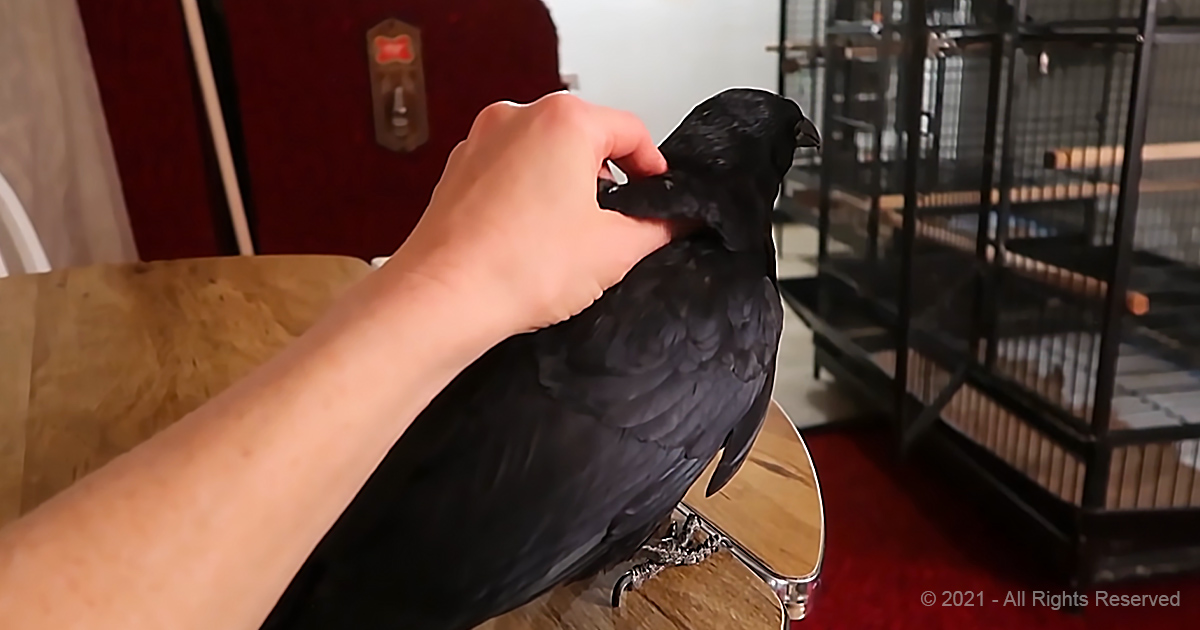 These crows are like dogs trapped in a bird’s body. When they are told to come closer, they swoop down in seconds.

Truly. This woman is a saint. And yes… she might be a crow whisperer, too, for she has an uncanny ability…

She has rescued crows and magpies and has managed to train them like dogs. When she tells one to come to visit her, ‘Peach’ swoops right down and gets close.

‘Peach’ likes to be petted like a dog as well. As crazy as it sounds, it looks like this woman has found some special feathered friends that can trust her.

Sometimes, these crows are rescued and nursed before being released back into the wild. But for some, they can somehow be kept as pets because of the mutual trust between the two.

The rescuer says,” All of these birds were rescued from a bad situation and 4 of them became imprinted on us. Cherry the crow had a broken wing which was surgically repaired but can never fly again. They would have all most likely not have survived if we just ignored them. Imprinted birds can not be released if you did not know. Watch this video to learn more of why we have these birds in captivity.”

Animals and humans have a bond like no other. It’s hard to imagine that a crow and a human can have the same interaction and respect for each other. 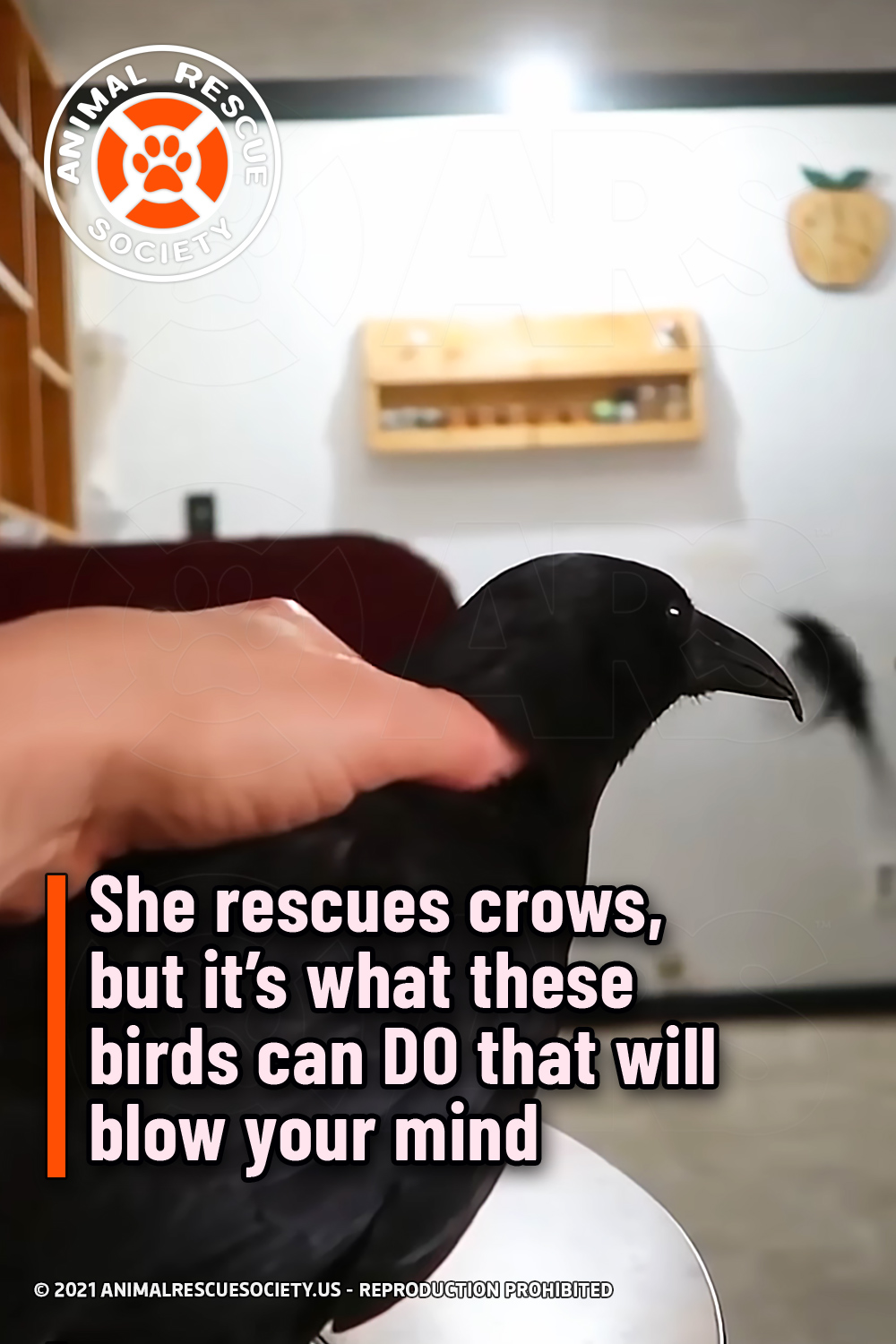