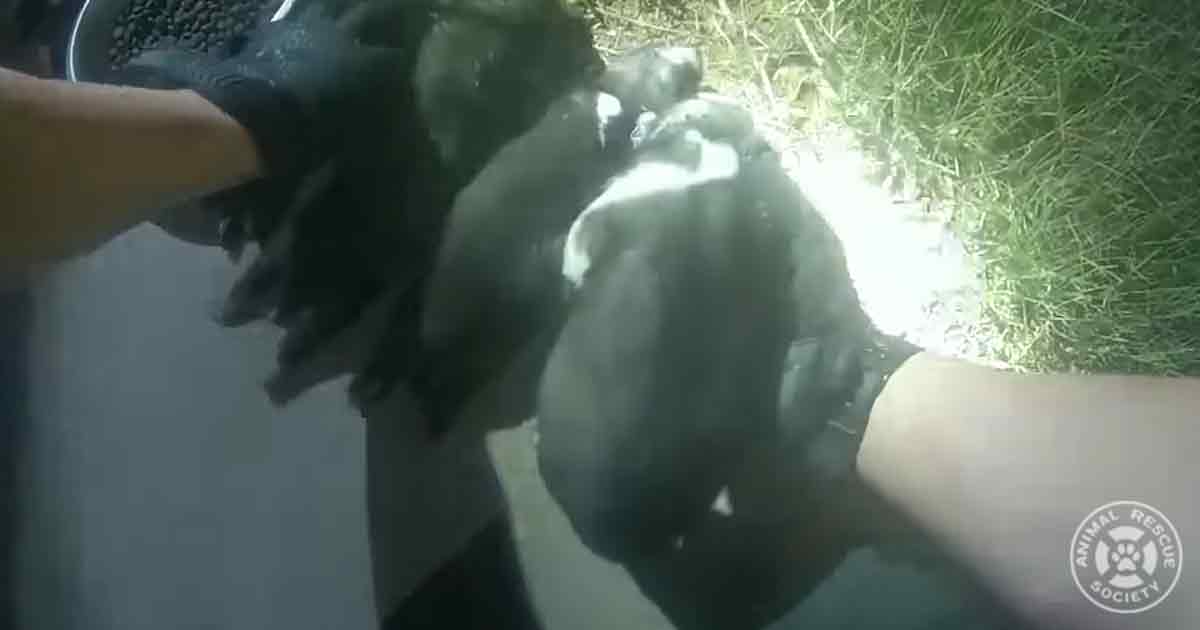 When first responders arrived at the scene of a house fire in Glendale, Arizona, they had no idea what was waiting for them. But as they approached, they heard barking coming from inside the house and rushed to the rescue of the dog trapped inside.

The brave firefighters ran toward the blaze, doing their best to triangulate the location of what they believed was one dog. That search led them to a garage door, and they got to work prying it open.

They used a shovel to bend the door open, and hot smoke wafted out. Shortly after, a husky dashed out of the flaming home. But that was not the only creature still stuck inside.

Several puppies were still in the garage, and their time was running out. Smoke wafted through the space, and the fire was spreading. The firefighters would have to be quick if they wanted to rescue the mama Husky’s babies.

Despite the danger, officers rushed into the fray to save the Husky puppies. They finished rounding up six puppies just in time. But one puppy was not in the clear just yet.

Fortunately, the firefighters had a veterinarian on hand and the proper medical tools to help the tiny pup get oxygen back into her lungs. Slowly, the puppy started breathing again.

Thanks to the courageous and compassionate first responders, the six puppies they saved are in good condition and back with their mom who could not be more thankful to see them. 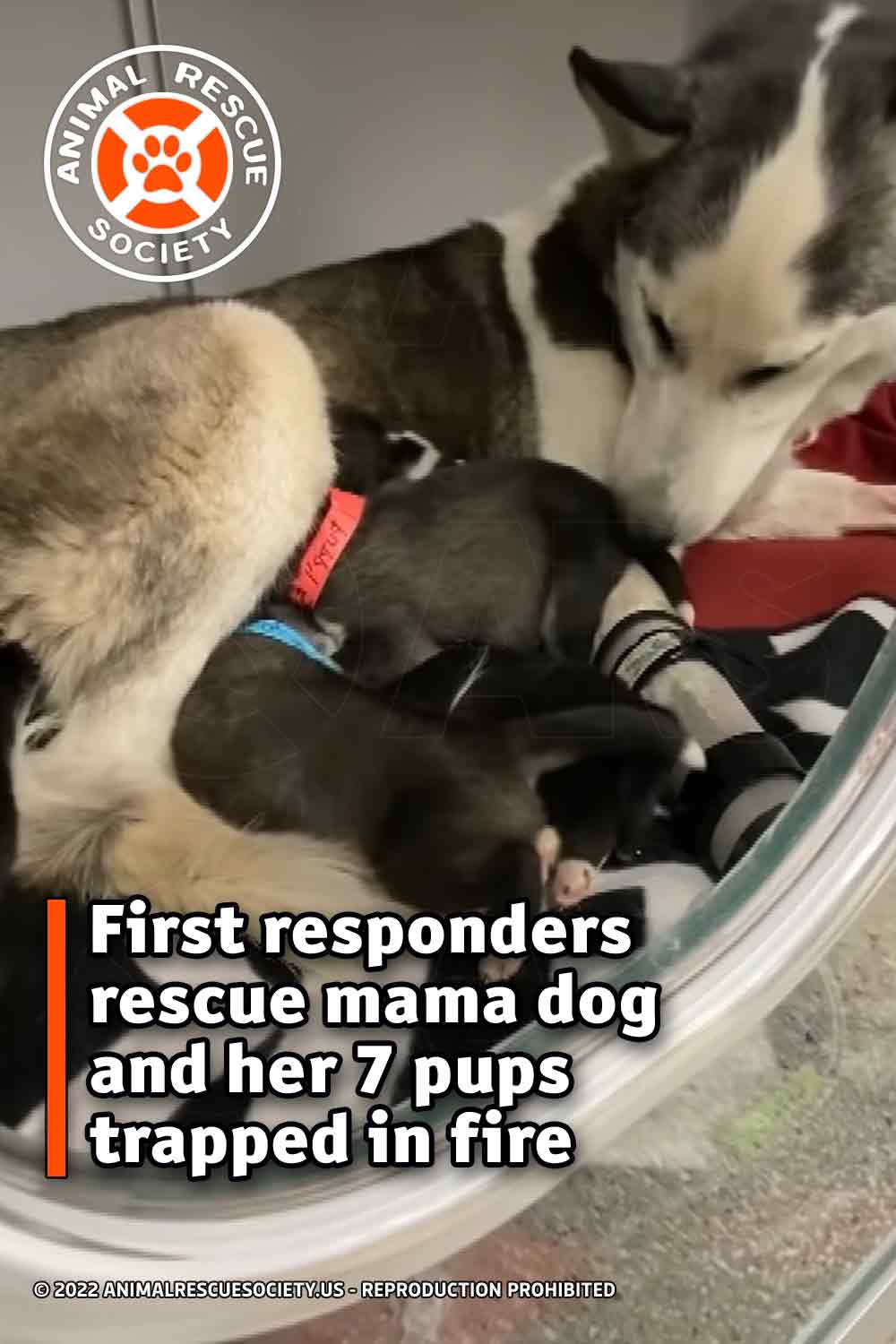