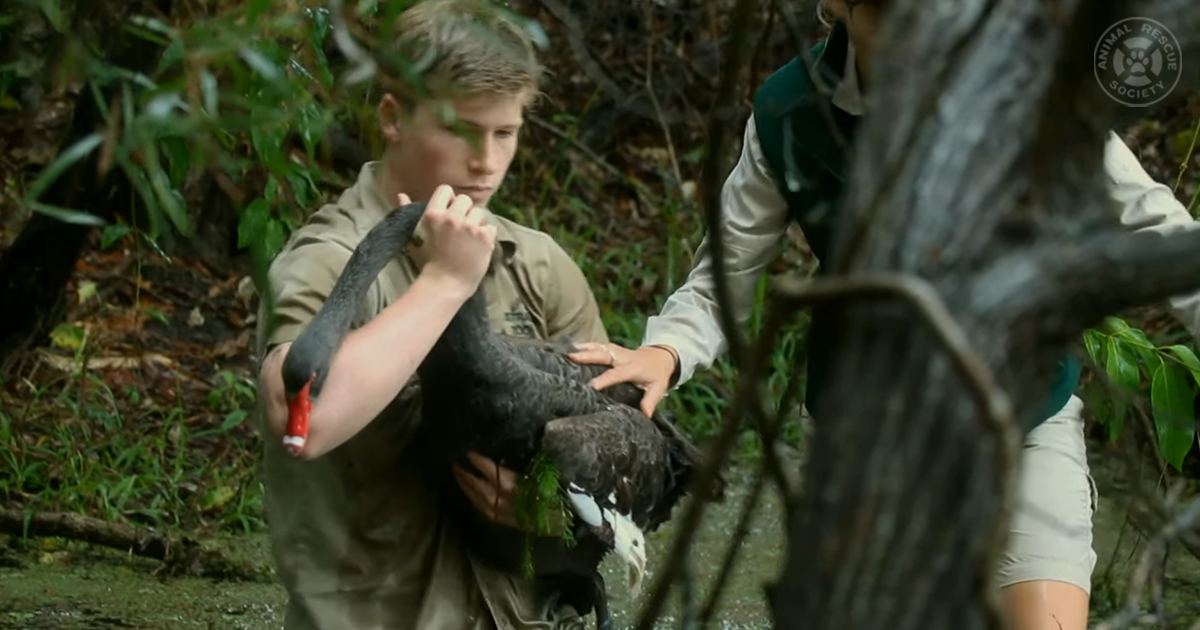 Animal expert Robert Irwin has touched his fans’ hearts with a daring rescue of a black swan. He got a call about a swan stuck in a pond and discovered that it had become entangled in a fishing line.

It is unfortunate when such a majestic bird falls prey to the ignorance of humans. Recently, a black swan was found entangled in a fishing line in an Australian forest. Despite their feisty nature, the bird failed to free himself.

An animal rescue team soon arrived at the scene after receiving an alert of a trapped black swan. Initially, the team found it tough to reach the swan as the bird was positioned at the middle and the deepest section of a pond.

However, they did manage to reach the bird and carry him safely to the nearest veterinary hospital. Upon close inspection by the vet, they found out that the bird was just poorly entangled in the net.

Although this was the good news, since freeing the bird was simple, the bad news was two hooks seemed to have entered one of the feet of the black swan. One was stuck in the webbing, while the other was relatively close to one of the joints.

The vet took out the first hook from the webbing and decided to carry out an x-ray, after which they could decide how to get rid of the second hook. The x-ray revealed that the bird was lucky and did not have any internal injury.

They soon took out the second hook, and after some rest, they decided to release the bird out in the open. The bird happily swam across the pond as if nothing had happened to him. 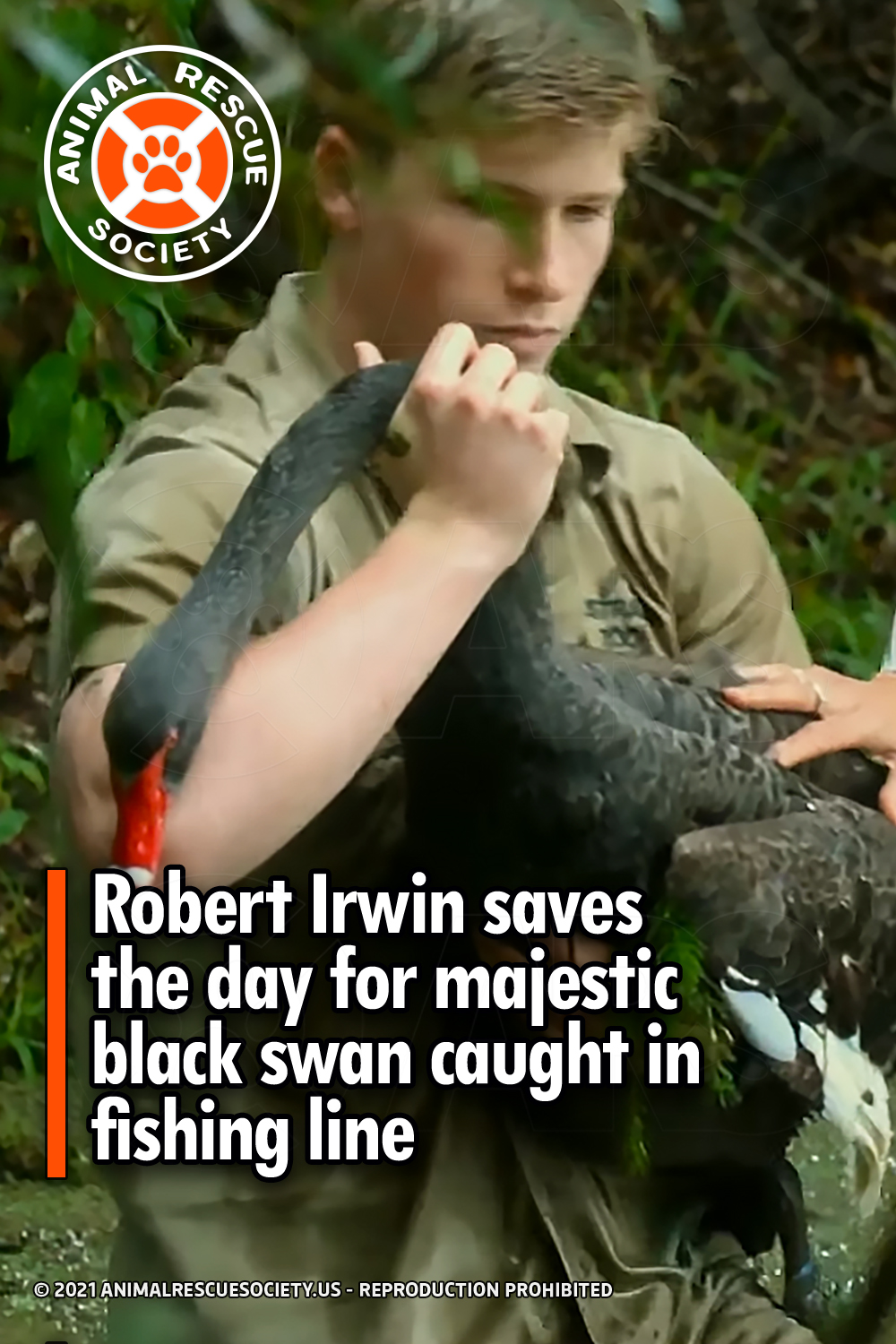