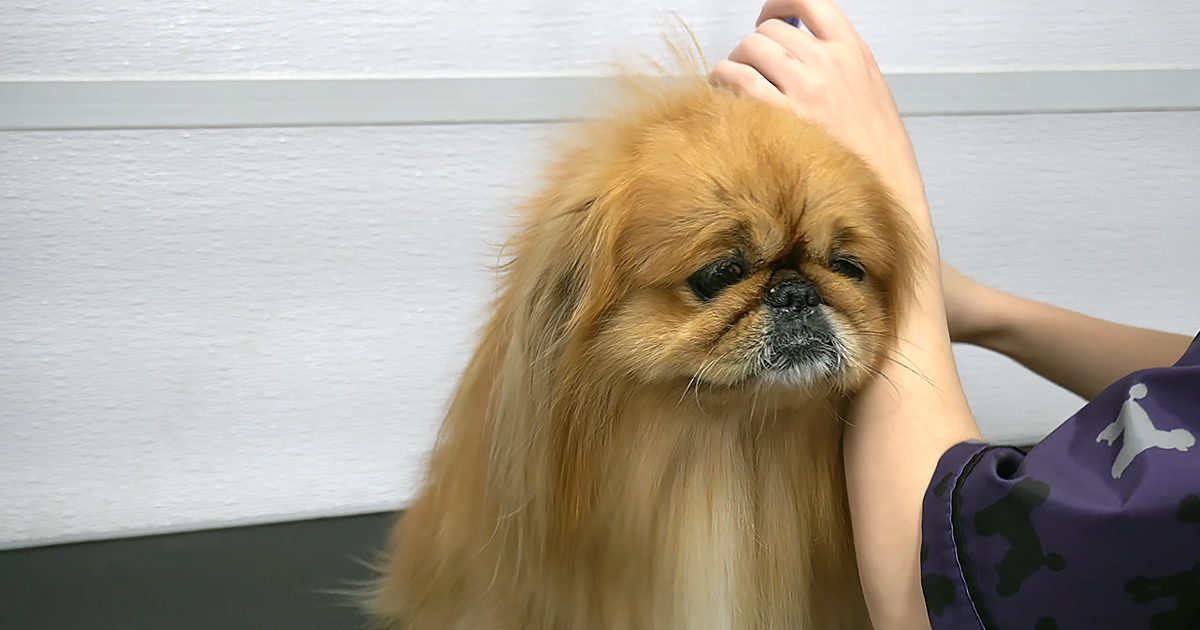 Today is a fancy day at the groomers for nine-year-old Pekingese sister and brother, Isis and Loki. These two will have a day of pampering, full of shampoos, blow-outs, manicures, and hair cuts.

The groomer begins with Isis, who has white fur. The girl pup is patient as the groomer goes through the process of making her more beautiful. As the woman cares for Isis, she shares facts about the Pekingese breed.

The groomer says the Pekingese is one of the world’s most ancient breeds of dogs. The Pekingese originated in China and could once be owned only by the royal family.

Historically, these dogs walked on marble floors and sat on silk cushions. They had prominent places in the palace, and some even had a rank in court. The Pekingese was bred with an air of importance, a self-sense they retain to this day.

The groomer shares that the Pekingese don’t care at all about the needs or wants of those around them. She goes so far as to say that if you own a Pekingese, you are not their owner but their servant.

True to history, Isis is very content to be groomed and gives the groomer no problem during the pampering session. However, her brother, Loki, is next, and the groomer has called him ferocious.

Loki, a ginger-colored dog, is a bit less calm than his sister and even nips at the groomer when she’s shaving the hair around his paws. Thus, Loki is given the “crown of shame” to wear throughout the rest of the ordeal. Once their spa session is over, the brother and sister look like royalty again and are ready to rule the world. 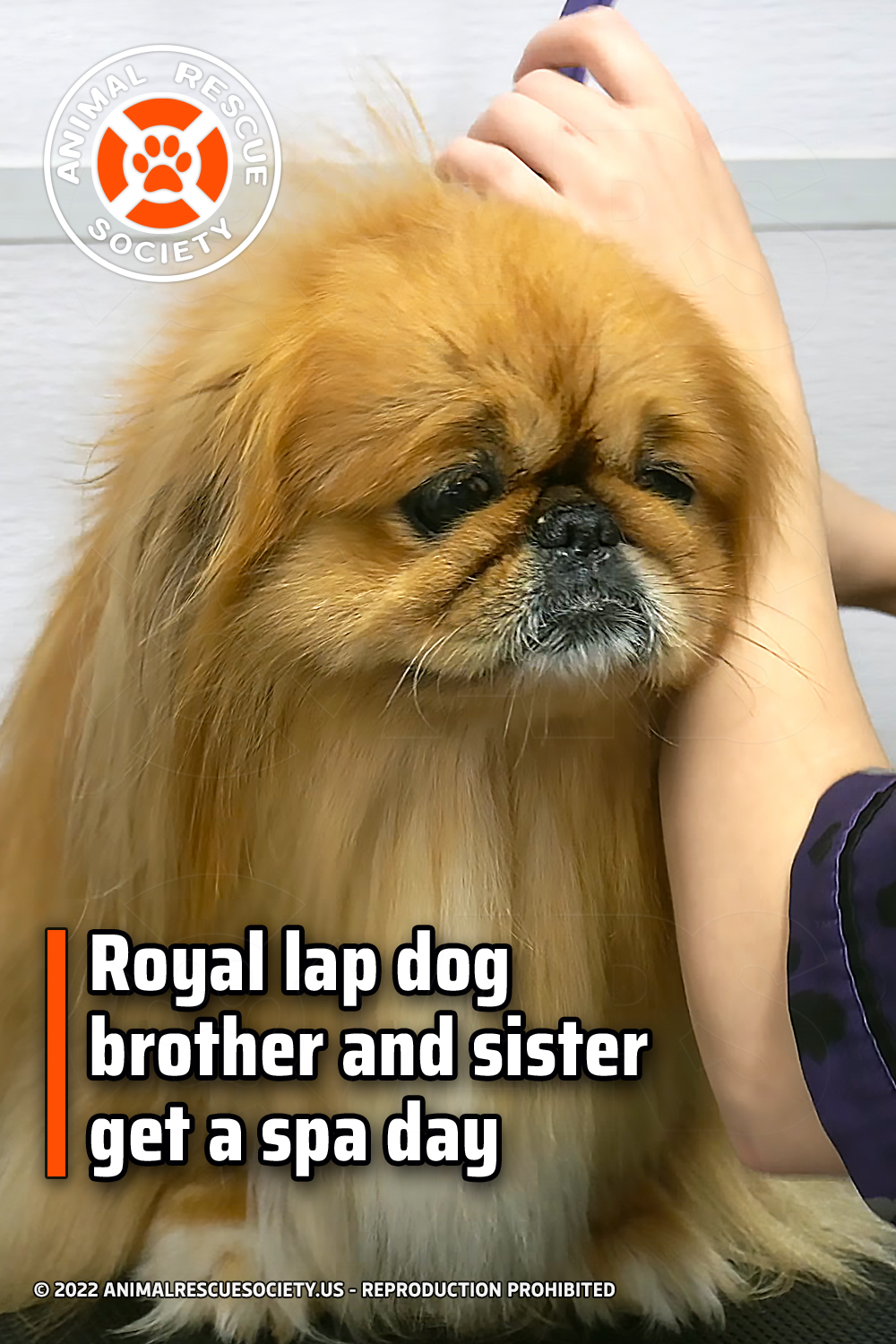