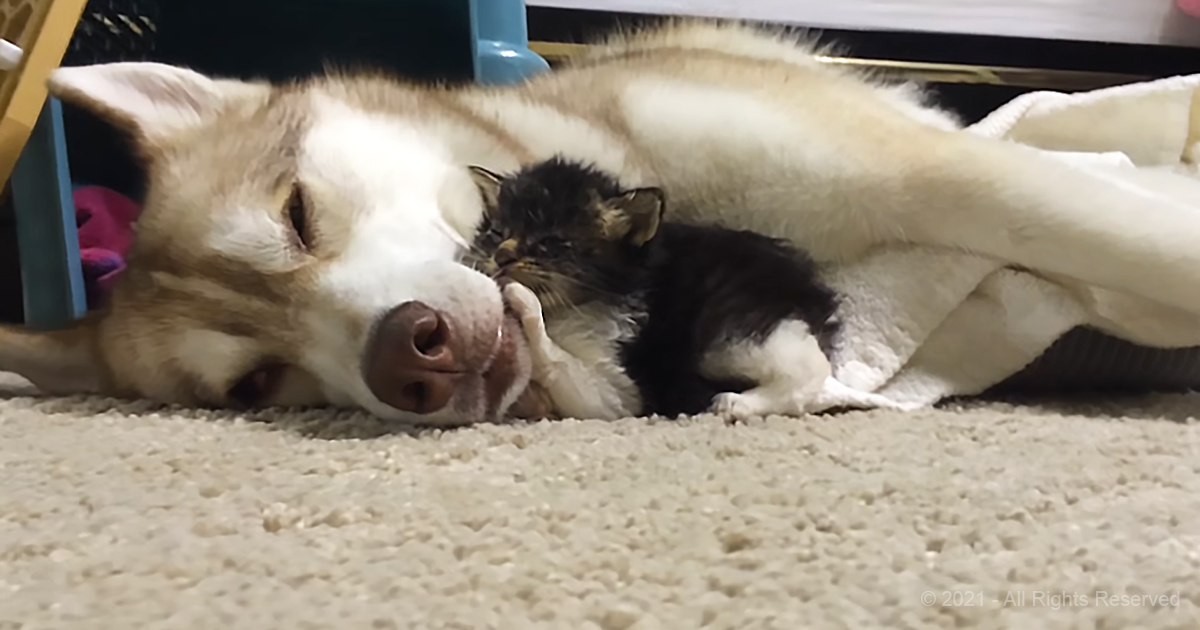 A tiny kitten named Rosie was only three weeks old when she was rescued, and she was in terrible shape. For all the efforts her new human parents were making, it didn’t look like she was going to make it through the night.

The kitten was becoming increasingly lethargic and limp, and with time running out, it made sense to try just about anything. Perhaps Lilo could help — even though a gorgeous Siberian husky like her isn’t your usual go-to kitten helper.

Just like the name suggests, huskies do come from Siberia, the vast region in central and eastern Russia. They were bred to be hunting assistants by the Chukchi, the indigenous people from the far east end of Siberia. Now they’re very popular as pets: Huskies are incredibly good looking and get along wonderfully with people, particularly children.

Incredibly, Rosie and Lilo formed a strong bond almost instantly. It was as if the husky understood that she needed to treat the kitten as if she was her puppy. “By some miracle, she started suckling on Lilo and Lilo went full ‘mom mode.'” Perhaps the most amazing thing was the way Lilo gave Rosie plenty of abdominal licking.

This Husky was acting just like a mama cat! Thanks to her surrogate husky mom, Rosie not only survived that first night, but she gradually gained strength. Just a week later, the kitten opened her eyes and began walking around on her own.

If you don’t mind risking a cuteness overload, check out the video posted below. 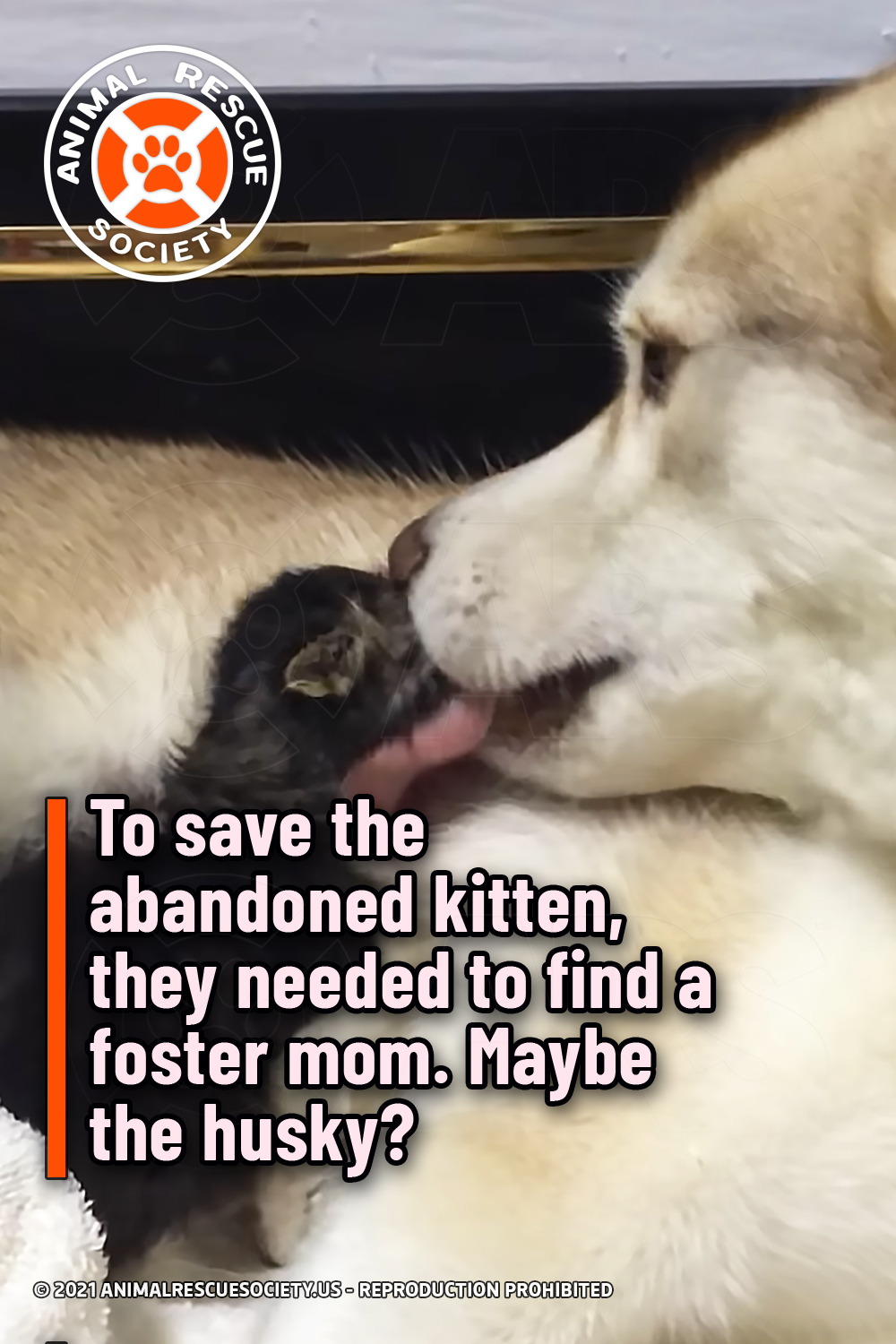