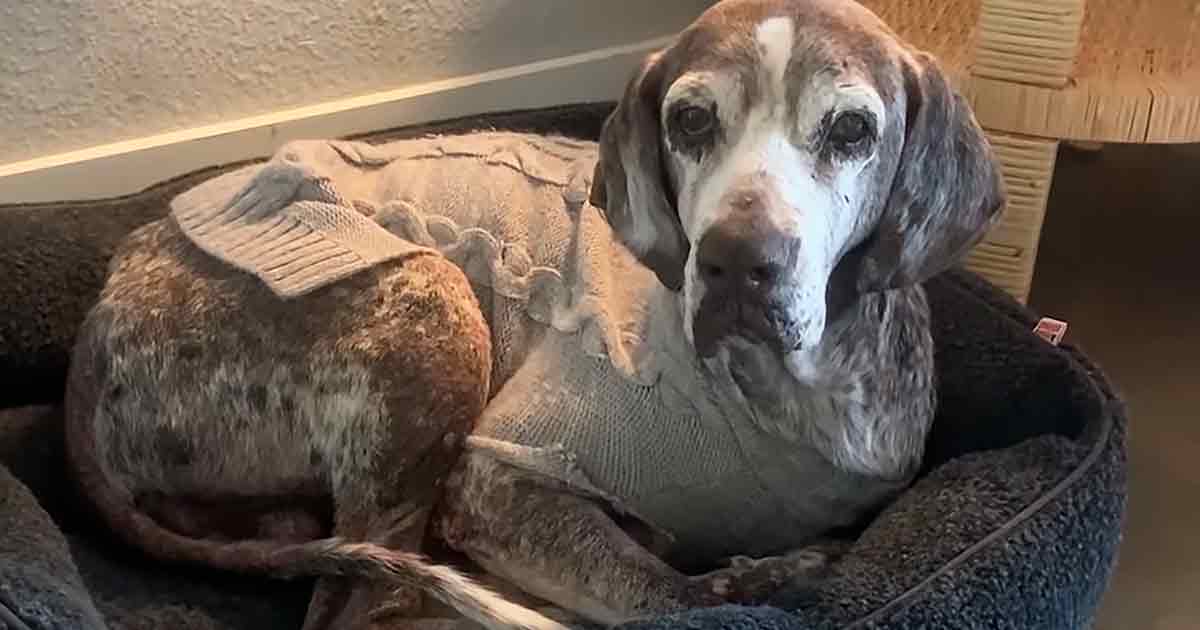 As animals get older, it can be harder and harder to find them forever homes. Fortunately, Eugene, a twelve-year-old senior dog, found the place where he belonged, but at first, he did not know it.

When Eugene arrived at his new home with Adrian, his adoptive mom, he seemed overwhelmed. He paced around the top floor for the first few hours, appearing lost and worried.

To help him settle in, she put Eugene in a small, quiet room where he could relax and ease into his new environment. On the second day after Eugene’s arrival, he found one of the dog beds and lay down.

Adrian was ecstatic about Eugene’s improvement. “I was like ‘Yes, success. We got him in a bed. He knows he has a cozy place to sleep now.’” Eugene continued to improve and open up to his new family with time.

Every time Adrian or her partner walked into a room, Eugene’s tail would start wagging. When Adrian was folding laundry on the floor, Eugene would make sure he was right by her side.

The more Adrian and her partner got to know Eugene, the more Eugene showed them his playful side. “He really does have two distinct personalities,” said Adrian. “He has his puppy energy, and he has his old man energy.”

Whatever energy he had to give, his family loved him unconditionally. “He is just the sweetest, most dapper gentleman ever,” said Adrian. “Eugene has completely changed our little family for the better.”