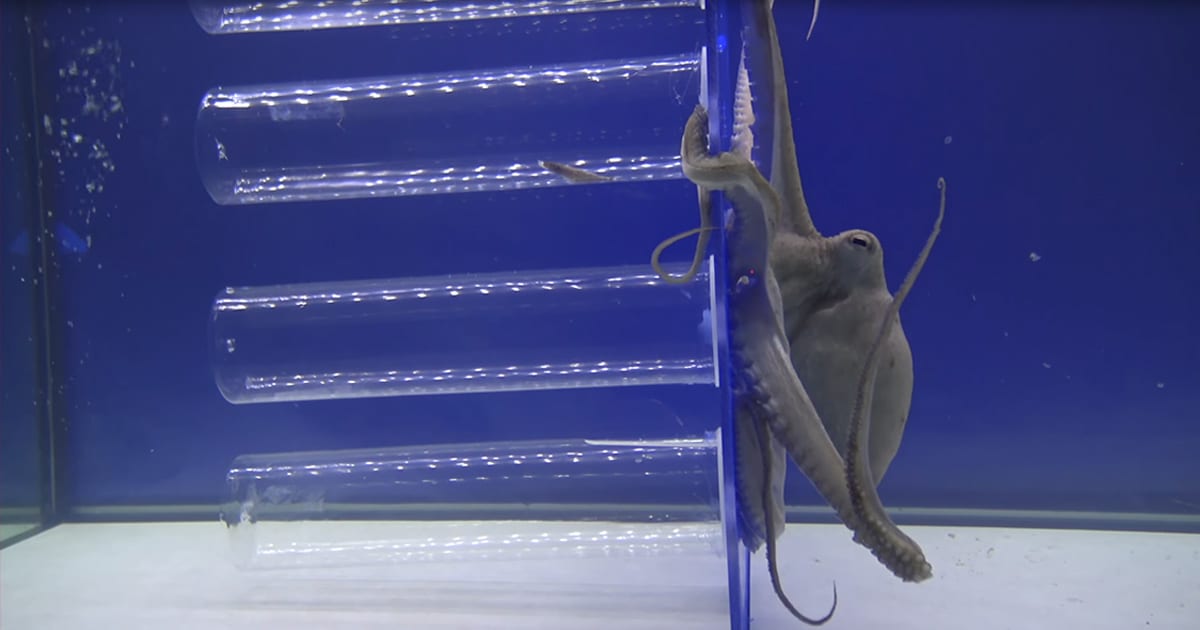 Arnold the octopus, internet sensation and cephalopod extraordinaire, is tested on his memory. For 15 days the folks at Octlab see if he can remember where to get his snack.

The scientists over at Octolab are putting Arnold the octopus through his paces, this time to test his memory. They put a structure in his tank that held five long bottles connected to aboard.

The board has small openings in it, large enough for an octopus arm, but too small to see the end. Would Arnold be able to remember where his treats were being kept? How good was his memory anyway?

They performed this test, putting the food in the same place every time, at various intervals: First at an hour, then a day, then 3 days, then 10 days later. In every case, Arnold was able to remember where his snack was and reached right in.

15 days later, they again inserted the structure, only this time not putting any food in. Arnold examined the structure, searched for where he expected his snack to be, and then leaves, irritated. 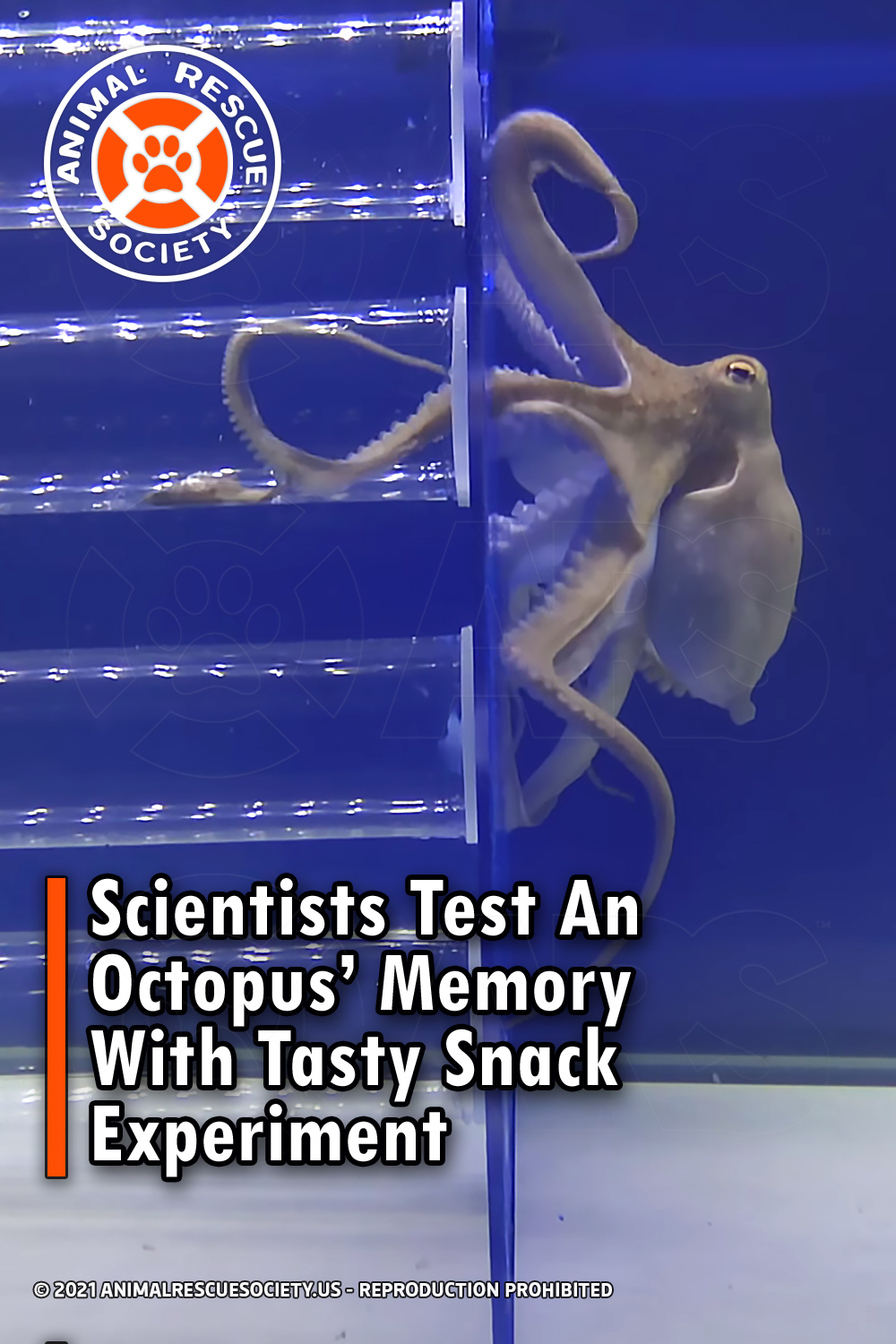