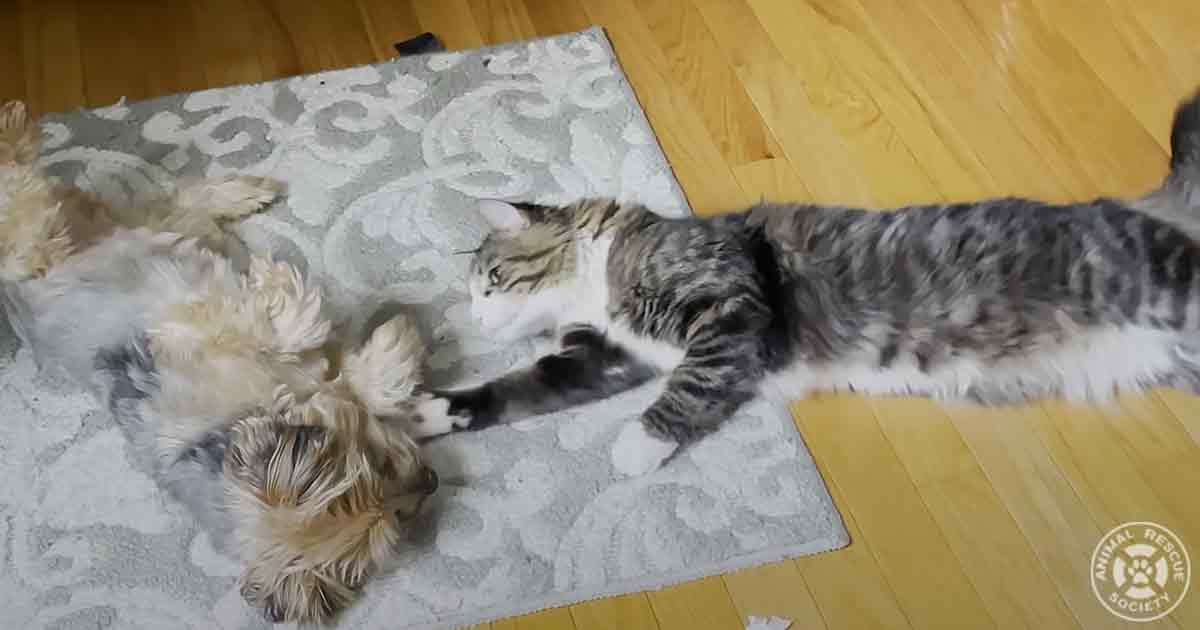 As a pet gets older, many fur parents worry about how their senior animal will react to having a new sibling in the house. That was definitely a concern when Luz and her partner introduced the kitten, Marley, to their older dog Bob.

The two animals might have shared a similar inspiration for their names, but that was where their similarities ended. “Bob’s an elder dog,” said Luz. “He’s so tiny, but he’s really like a grumpy old man.”

Marley, on the other hand, was a big ball of energy. “He just doesn’t know when to stop,” said Luz. So, when the kitten and dog first met, Luz worried about how they would interact, but it turned out she had no reason to worry.

“When they first met, Bob’s face lit up,” said Luz. “We saw that relationship start to grow. Ever since then, they could not be split apart.” As they grew closer, the two of them became like a pair of siblings.

Whenever Bob started to get annoyed with his younger feline sibling, Luz employed a surprising technique to distract her fur baby. “So, we would put on the TV for Marley to calm him down,” said Luz.

Bob and Marley’s relationship grew beyond anything Luz could ever have expected. “I thought cats and dogs hate each other,” said Luz. “We really didn’t think that this was gonna be a thing.”

Thanks to his little sibling Bob grew happier and healthier. “I feel like Marley is definitely Bob’s emotional support animal,” said Luz. “Because of my cat, he’s not alone ever.” 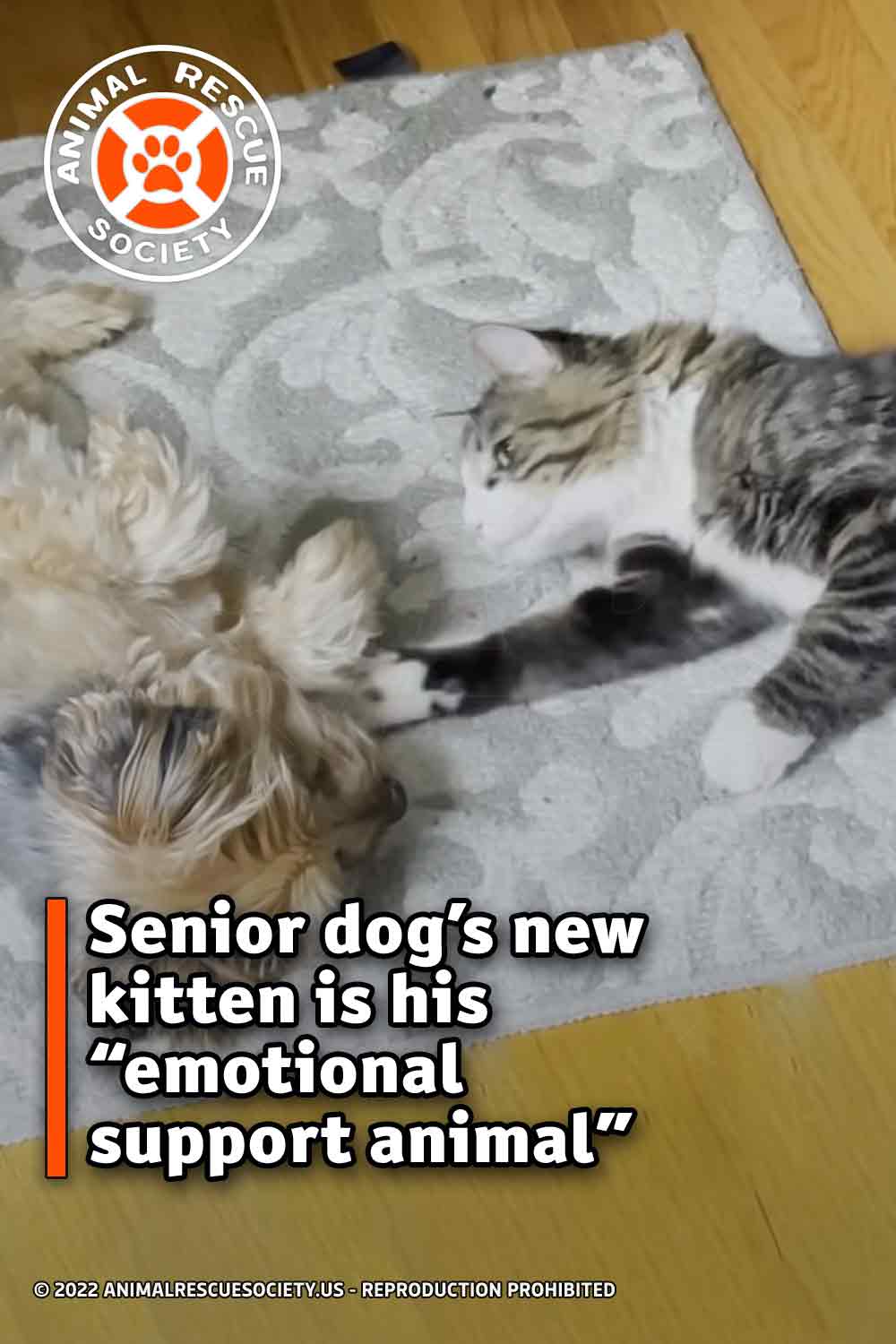