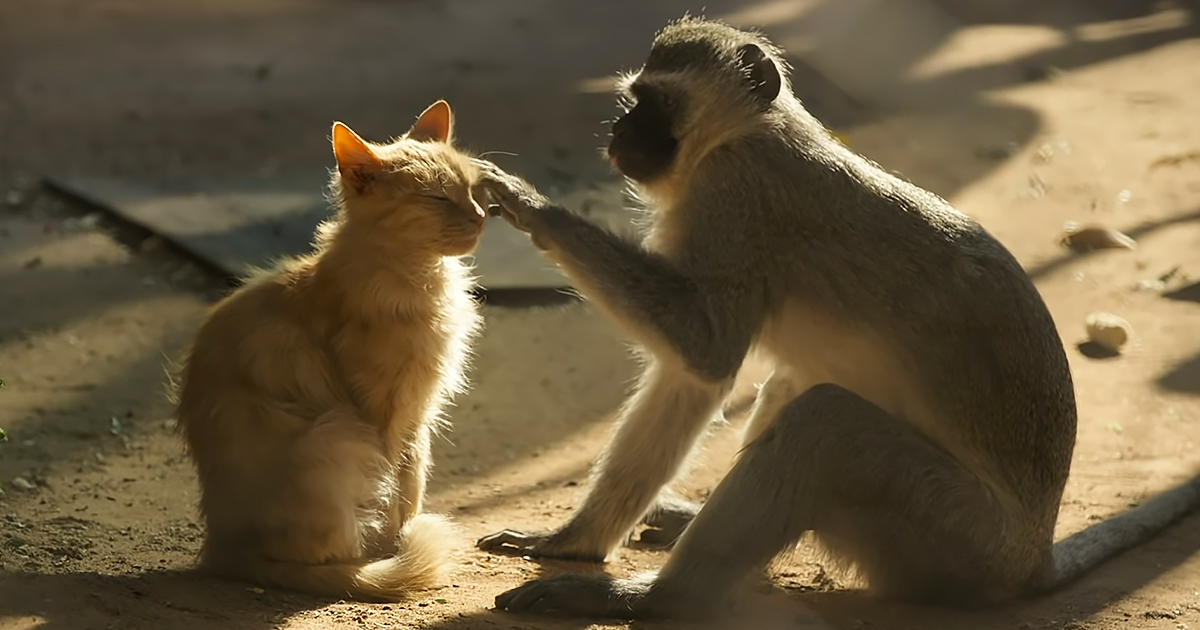 Cats have been introduced as calming additions to senior citizen homes, offering comfort to the aged. It’s been well documented that stroking a cat can help reduce stress levels. Monkeys seem to feel the same way.

There is a special enclosure for senior male monkeys at an animal sanctuary specializing in rehabilitating monkeys. These males were once kept as pets and have had their incisors removed so they could not bite their owners.

However, monkeys do not make good pets. Once humans realize this, they cast out the animals. By then, the monkeys have lost their natural fear of humans and will soon get into trouble in the city.

If the monkeys are too old to be released back into the wild, the animal sanctuary takes care of them for the rest of their lives. These monkeys are introduced to the Golden Oldies area, where all the older males live.

These monkeys retain their natural instincts of social hierarchy, and one male asserts himself as the dominant creature of the pack. However, they don’t seem to do much to harm each other beyond a bit of shoving and screaming.

Perhaps that’s because they have a stress reliever right in their enclosure–three cats that willingly live with them. When these cats were kittens, they repeatedly snuck into the Golden Oldies area. The workers would put them out, but the kittens found their way back in every time.

Though the workers don’t know why cats would willingly live in a cage, they admit that these cats are dearly loved by the pack. The monkeys love to groom and pet the cats all day long. Even monkeys benefit from a little feline comfort. 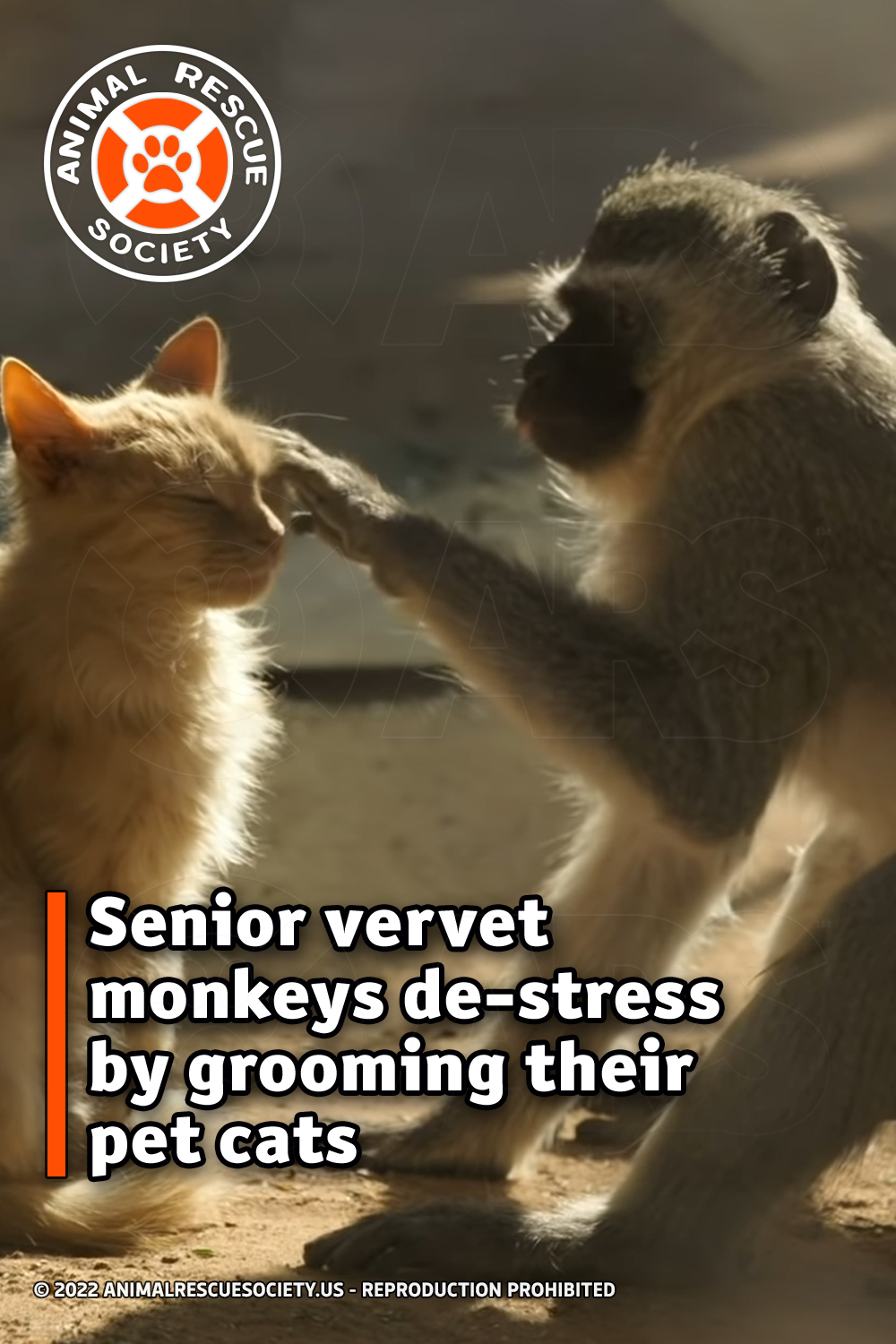