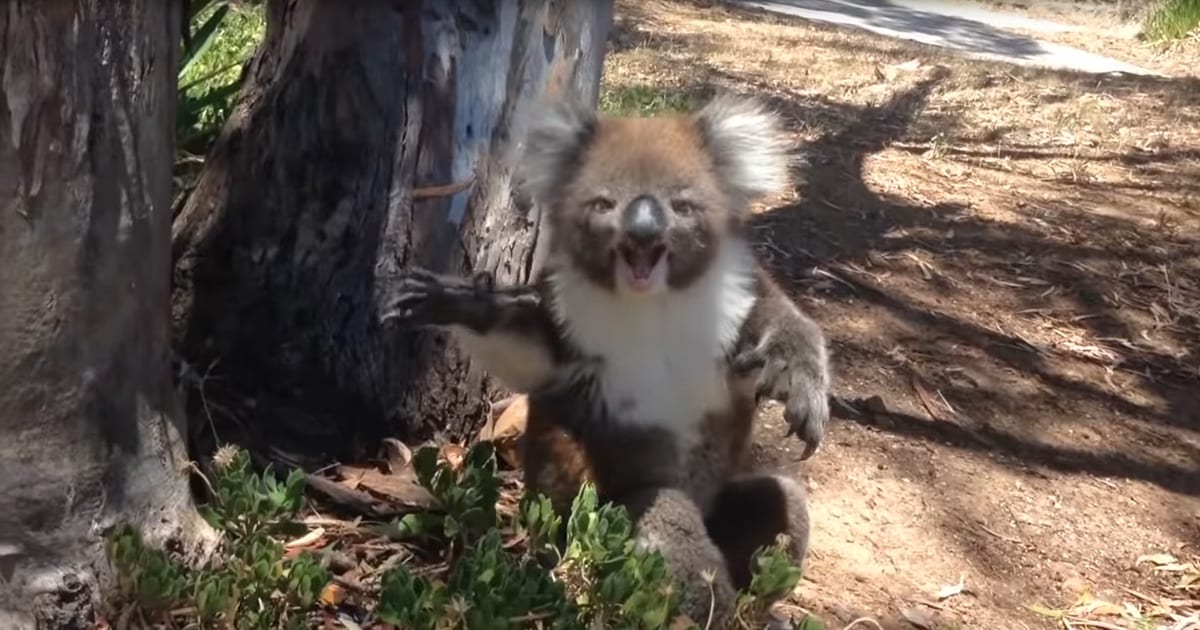 Koala Bears look like cute and cuddly creatures that you want to have as a pet. Ironically enough, they’re quite vicious and are territorial over their surroundings. When this pair of koalas are in a tree together, things get ugly.

The older koala has had enough of a younger koala who climbs up his tree. The elder climbs down and pursues to bite the joey, tossing him off the tree. After the young koala lands, he begins to throw a tantrum just like a human toddler would.

Not understanding that he doesn’t belong in that tree, the joey starts climbing up again, only to anger the older koala one more time. After another quick and intense confrontation, the young koala ends up on the ground once more. You’d think he would’ve learned his lesson by now.

It was all captured on video where you can hear lions roaring in the background. Joining the lions in song, the koala begins crying and screaming once again. Thankfully, neither koala was hurt during this confrontation, and both are adorable as ever. 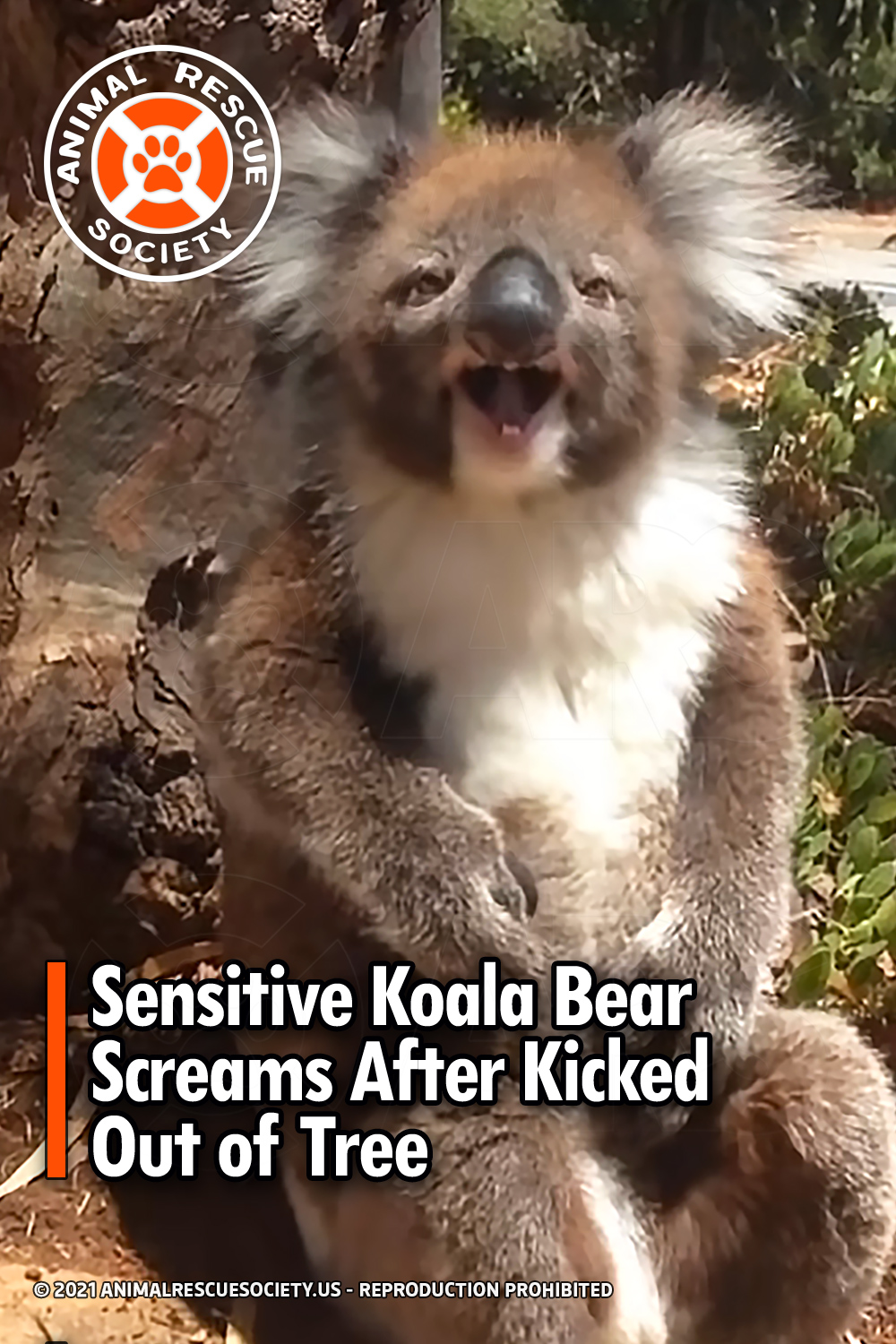