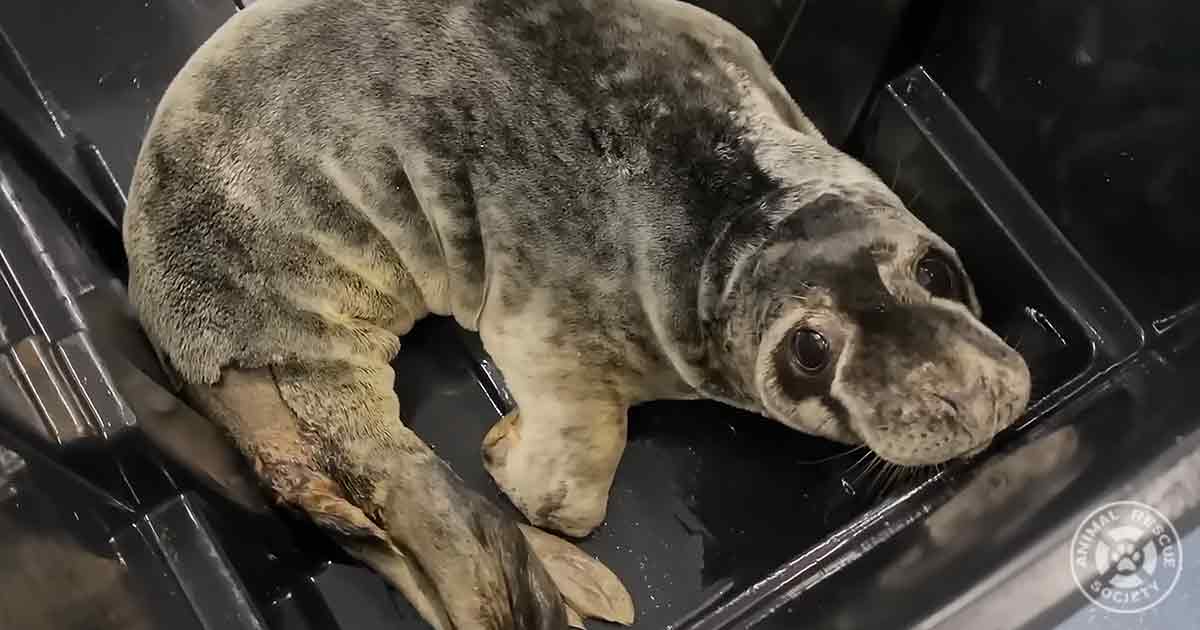 When rescuers first found the seal pup, Gerald, he was incredibly sick. He was small enough to fit into a carry-on bag. The team was worried he might not survive. 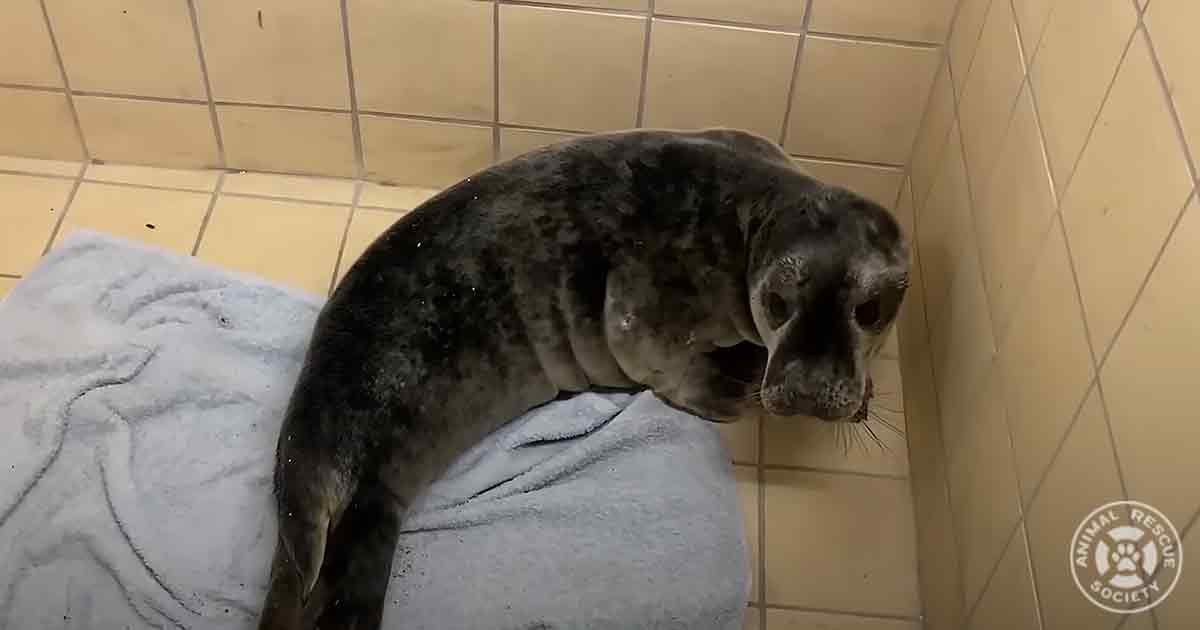 Jan and Pete from the Hillswick Wildlife Sanctuary discovered Gerald on the corner of the Shetland Islands. Rather than swimming out to sea, he was going deeper inland. “He’d obviously been suffering for a while,” said Jan.

When they rescued Gerald, they called for the local veterinarians immediately. Before Jan and Pete rescued Gerald, an animal had bitten him. While the wound from the bite had healed, the infection had gone inside. 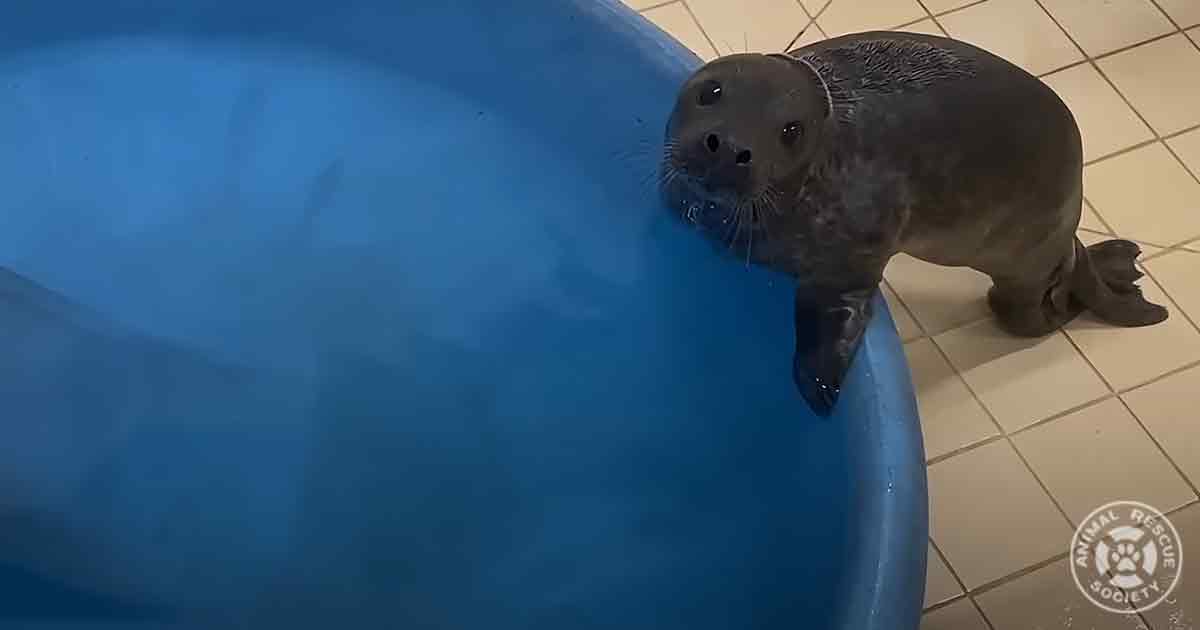 More than anything, Gerald needed time, and the sanctuary was more than willing to give him as much as he needed to recover. While there, the team focused on teaching him to eat fish on his own.

At first, Gerald was nervous about getting his food from the water. “We have the plastic pool inside,” explained Pete. “He would hang over the side without actually having to go into the pool.” 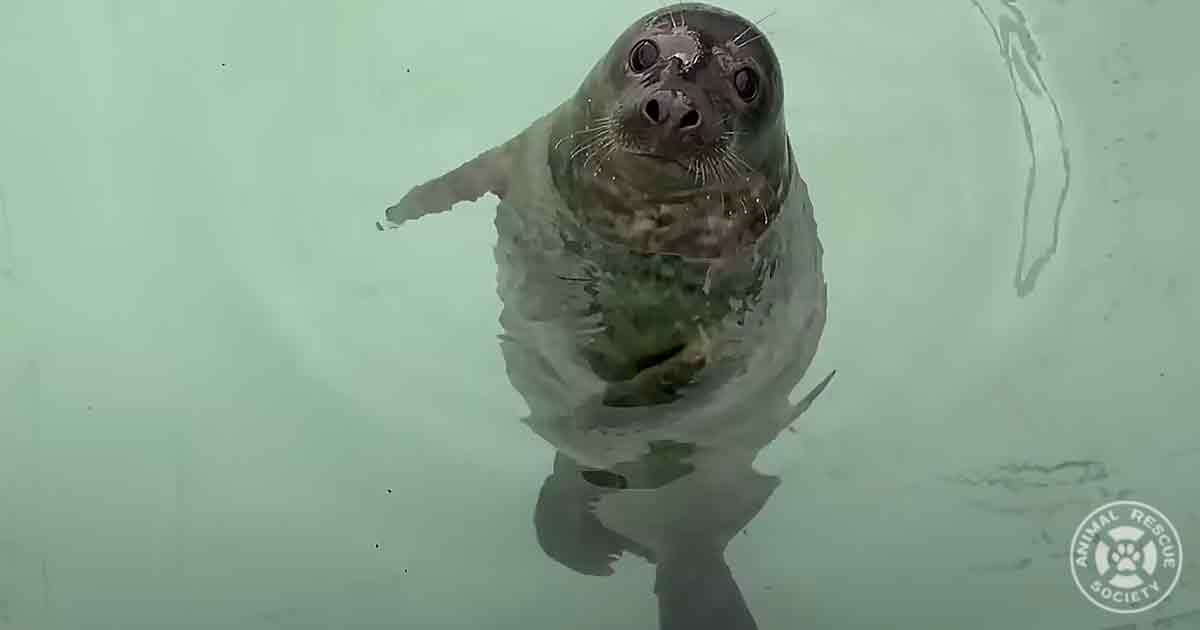 As Gerald grew healthier, his comfort with fishing for himself improved. “Once he was eating on his own and the wounds [had] healed, we were able to put him outside in the big pool,” said Pete.

After a month in the outside pool, Gerald was ready to return to his home in the wild. “He came in as such a weak and frightened creature, and when he left, he was full of beans,” said Pete. 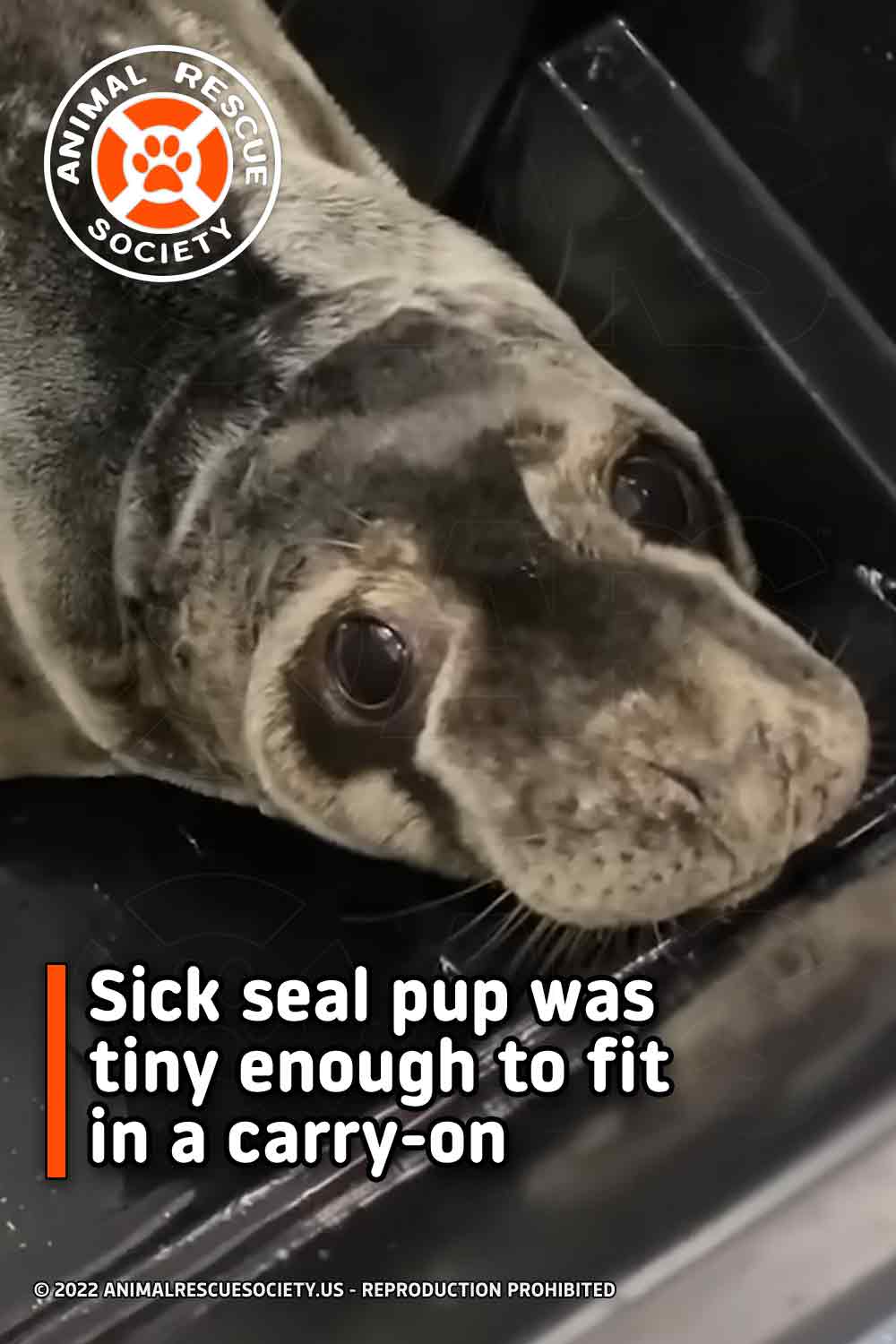