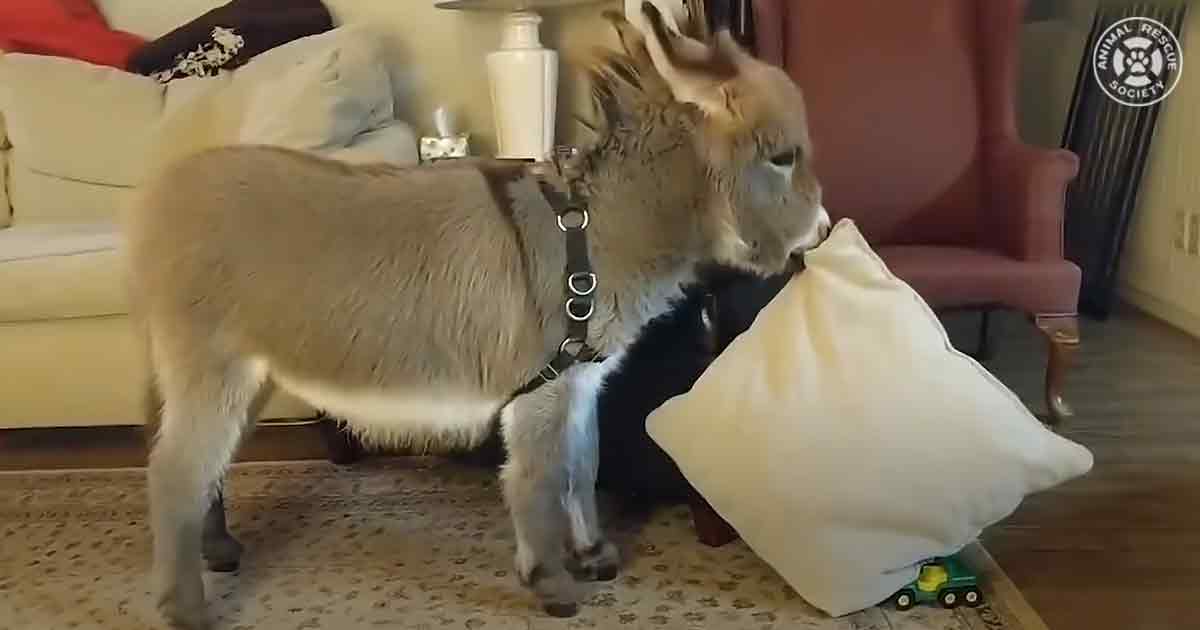 Tiny Tim was not like most donkeys. Aside from his diminutive size, Tim lived indoors and acted like a dog. He played fetch, wagged his tail when he was happy and drank out of the toilet.

But Tiny Tim’s life was not always so charmed. When his mom, Jody Topping, first saw him in the barn, he was so small that she thought he might be a rabbit.

He was the size of a stuffed animal, weighing only ten pounds, a fifth of what he should have been. When Jody took Tiny Tim to the veterinarian, they informed Jody that Tim’s liver was not working.

But Jody refused to give up on her little donkey. She knew that Tiny Tim’s best chance at survival was to come live with her and her husband inside the house.

Jody and her husband teamed up to keep the little animal fed. For a week, they fed Tiny Tim milk from a syringe every 20 minutes for 24 hours a day. As Tiny Tim’s condition improved, they moved to every 40 minutes and then every hour.

And after weeks, Jody and her husband’s efforts paid off. They thought about releasing him back outside, but because of his size, they decided to make him an indoor donkey, and Tim could not have been happier.

Thanks to Jody and her husband Tim transitioned into a perfect life as one of the family. “He’s been with us 224/7 for over eight months,” said Jody. “He’s like a little child.” 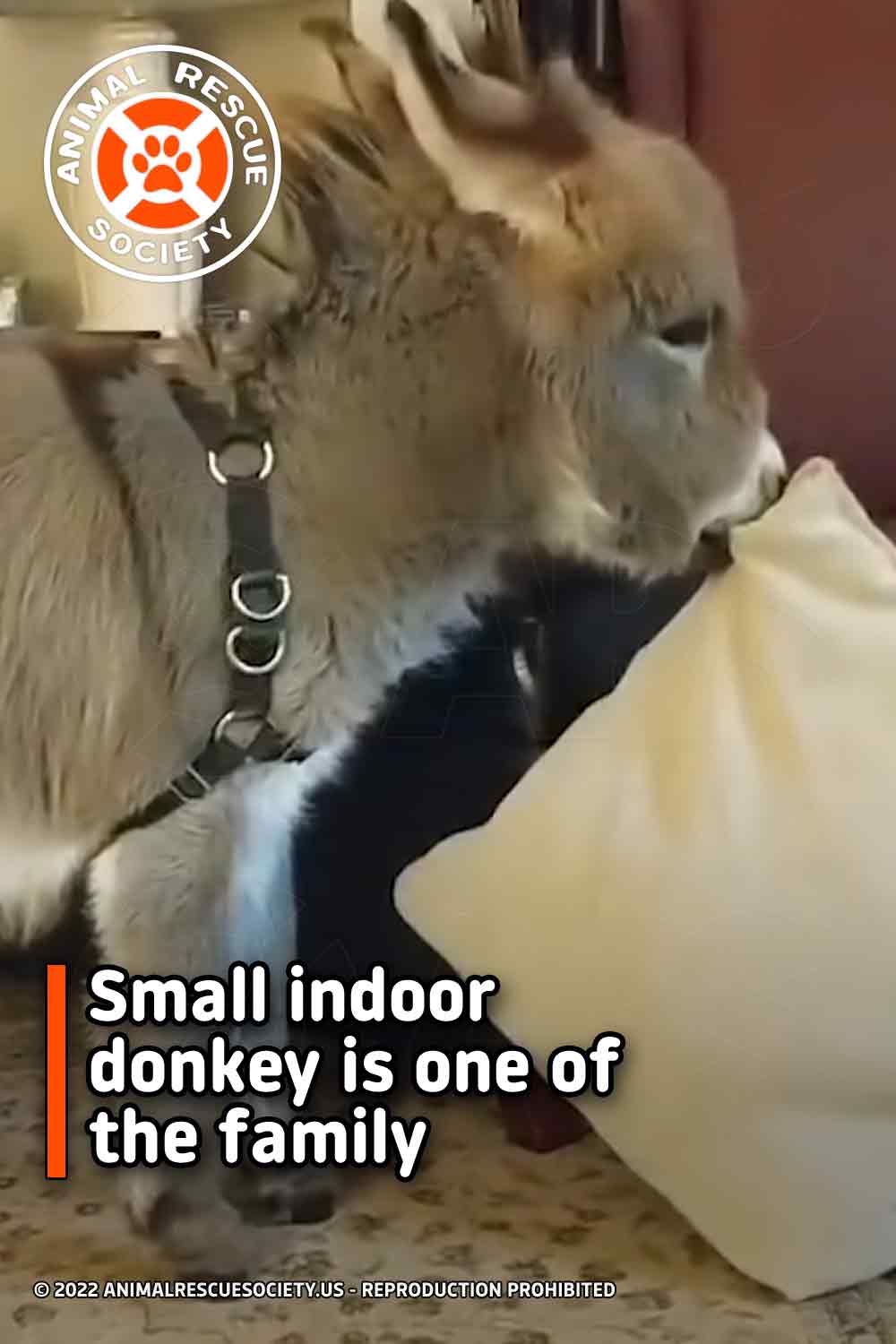