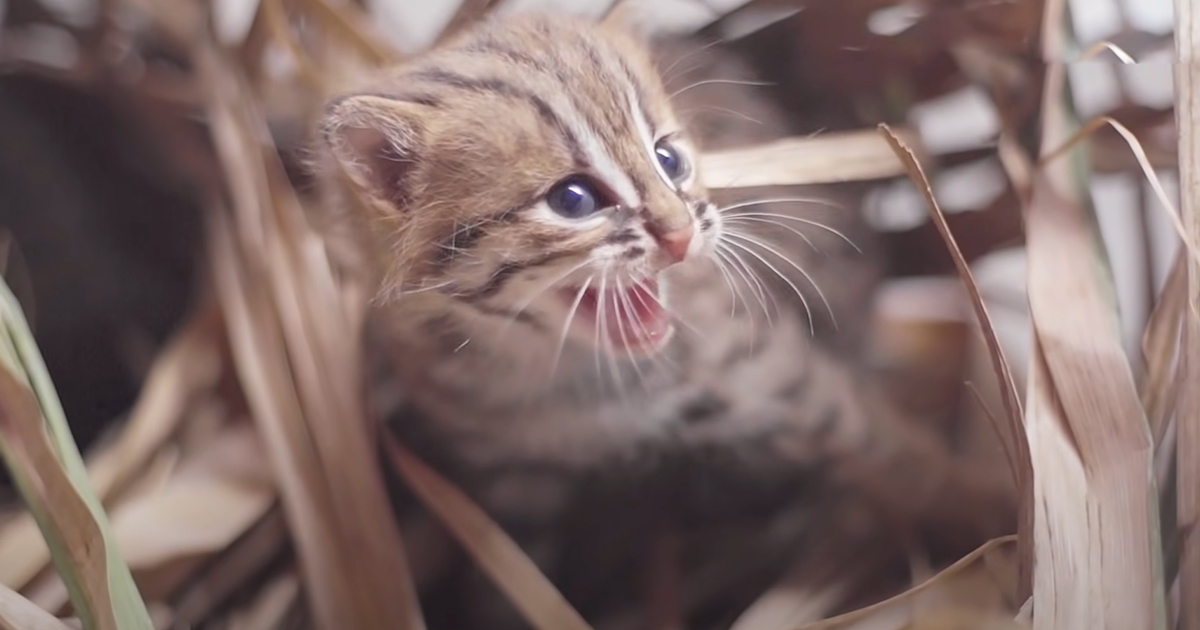 Two tiny kittens were found in a tall grass field with their mother nowhere around. They are rusty-spotted cats which are the smallest wild cats in the world.

The rescuers made sure they were safe and healthy. Upon weighing them, they saw that the kittens were around 6 ounces. A fully grown rusty-spotted cat can weigh up to only 3 pounds.

Nearby the kittens’ mother was spotted, so the rescuers prepared a nest for them. A hidden camera was set up to see if the mother came for her babies in the evening.

The mother indeed found the nest, but something frightened her, and she ran away. During the day, the rescuers went to the kittens to give them food and water.

While the babies rested, they prepared the nest for the second night in hopes the mother would return once again for her children. With the kittens adequately fed, they were placed in the nest.

Thankfully the mother did arrive during the evening. This time around, she didn’t run away. The first kitten squeezed himself out of the nest, and his mother quickly grabbed him and carried him home.

She moved slowly and carefully then returned to retrieve her other baby. That night both kittens were back home with their mother where they belonged. 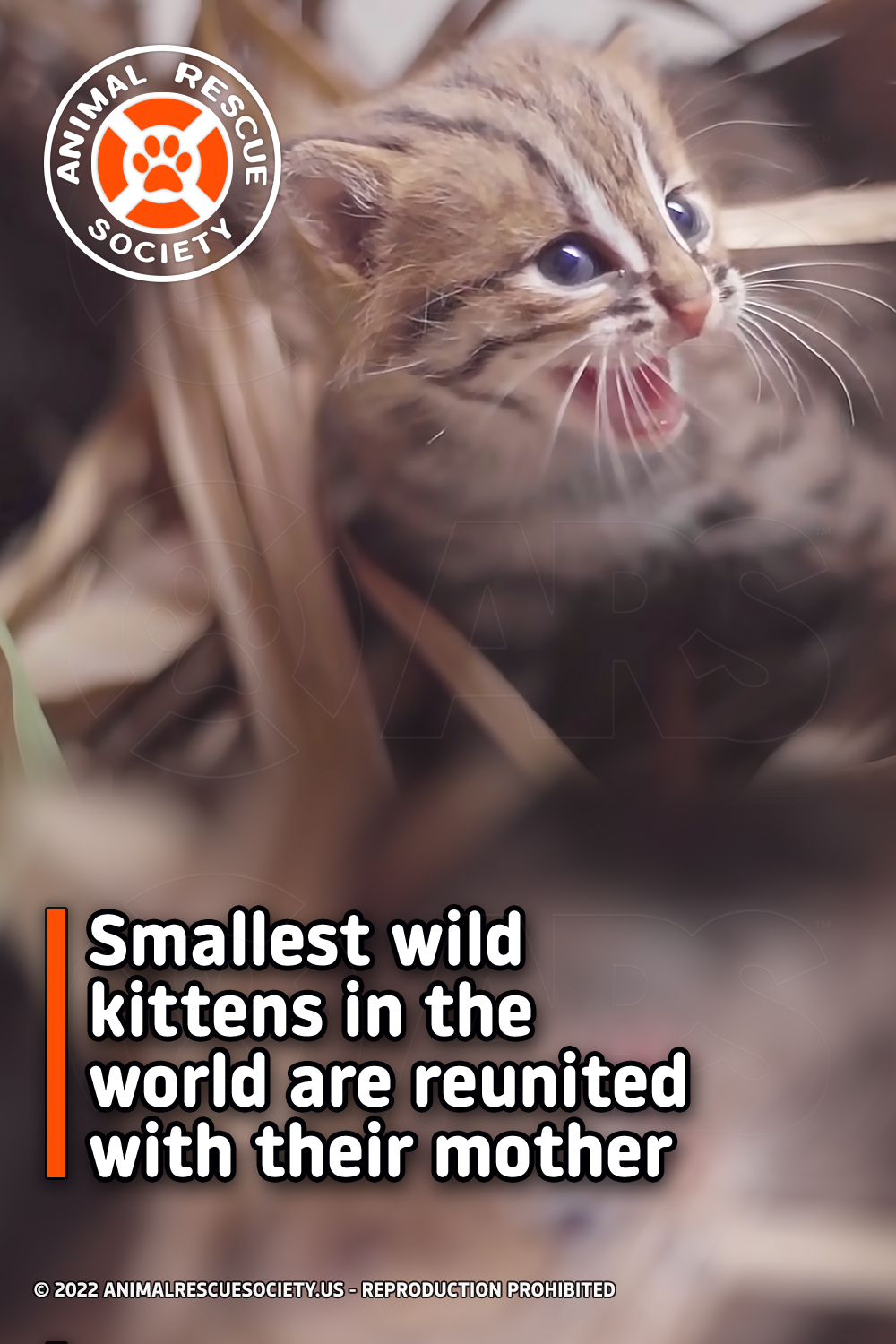