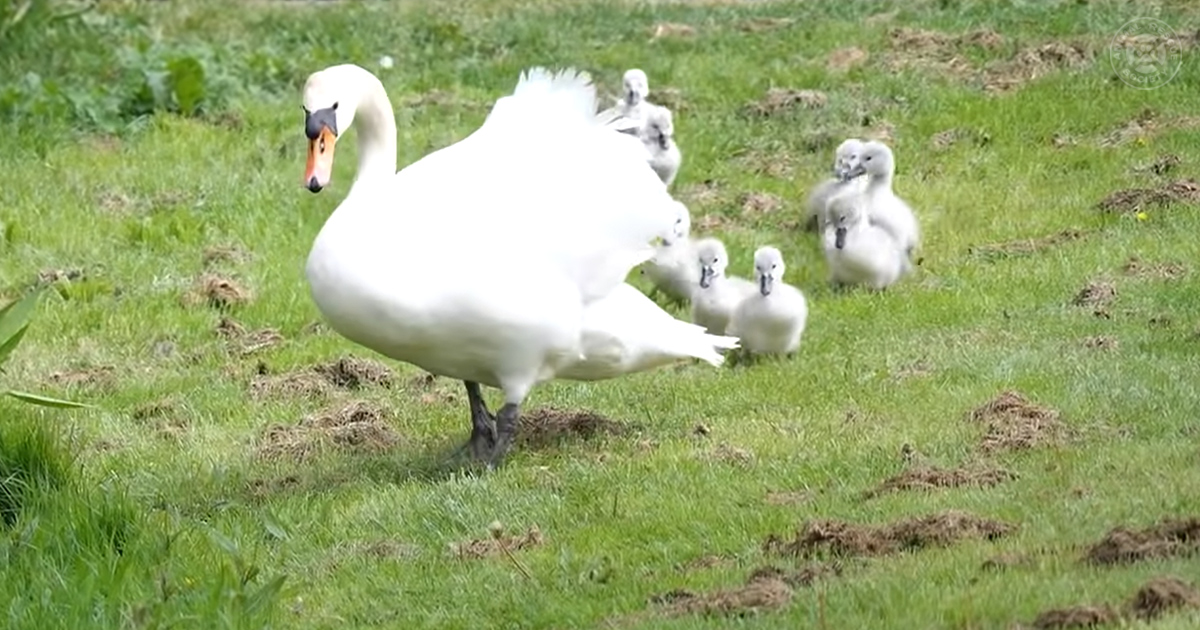 10 cygnets traveled across water, grass, and concrete with the help of their parents. The Mute Swan family went on a journey making sure they were close to each other at all times.

The adorable cygnets’ feathers were still grey, while their parents had gorgeous white feathers. Even their beaks still didn’t have the orange color that their parents had. It would still be some time before they grew to be majestic swans.

The family arranged themselves to have one swan parent at the front and the other at the back. This was to ensure that one swan would always be leading while the other could watch all the babies.

The two swans kept the cygnets protected at all times. While making their way out of the water, the swan at the back climbed out only after the cygnets got out first.

Once the family hit an area populated with humans, they remained undisturbed. It seemed that the people were used to having feathery visitors. They made it across the streets with no issue.

After making their way through the concrete, they found themselves jumping into another source of water. They floated on it and continued on their merry way.

The family of swans had a great system of travel that they never broke even when they took a break to dry themselves. It is good that the humans know to leave them be on their journey. 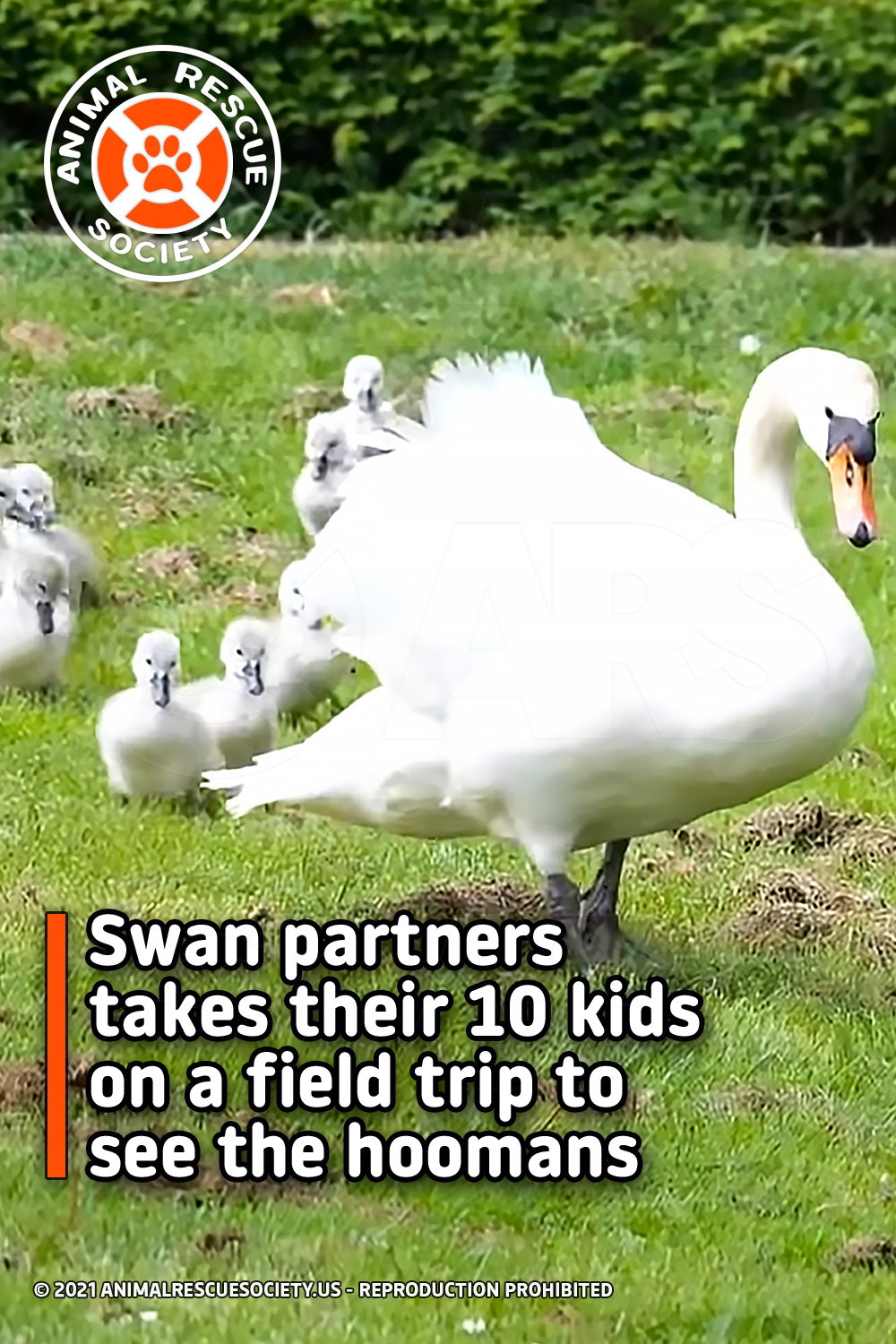