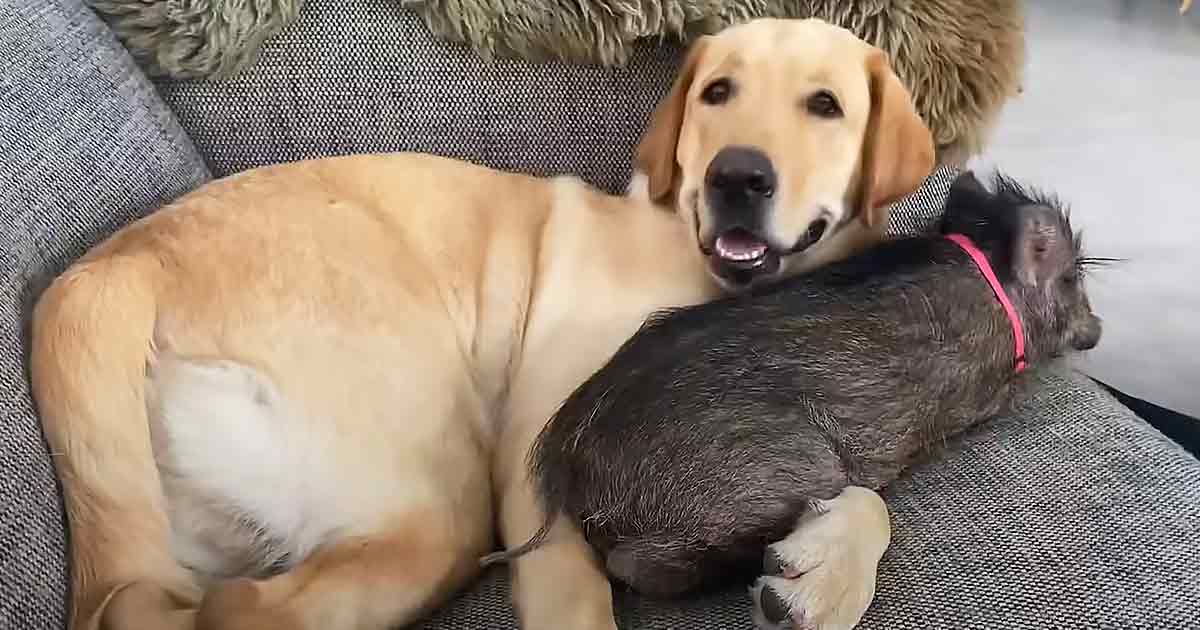 When Dora’s gardener showed up at her door with a cardboard box in his arms, she had no way to expect what she found inside. Resting on a small pillow was a baby boar.

At just two pounds, Yezhu the boar was the size of an iPhone, according to Dora. They tried looking for Yezhu’s mom, but it looked like the little one was alone. With no shelters that would take a boar nearby, Dora decided to raise Yezhu herself.

But the first step in that process meant introducing Yezhu to her dogs. The moment Yezhu met her dog, Biu Biu, Dora knew their connection was special. The moment Yezhu encountered him, she threw herself into the dog’s mouth.

From that moment onward, their connection was solid. Yezhu seemed to miss her mother, and Biu Biu stepped in to become her canine adoptive dad, comforting her and snuggling with her every chance he got.

Thanks to Biu Biu, Yezhu became one of the pack. She learned how to play like a dog, and Yezhu started eating solid food because she saw Biu Biu doing it. The two of them were inseparable.

As Yezhu got older, their connection only got stronger. The only thing that changed was that Biu Biu could not use the boar as a pillow anymore. When Yezhu grew up, she started using Biu Biu as a pillow instead.

Dora was thankful for the role Biu Biu played in raising their little boar. “They’re each other’s family and will always look out for each other,” said Dora. “I’m just so happy knowing that Yezhu will live a long and happy life with her family and her best friend.” 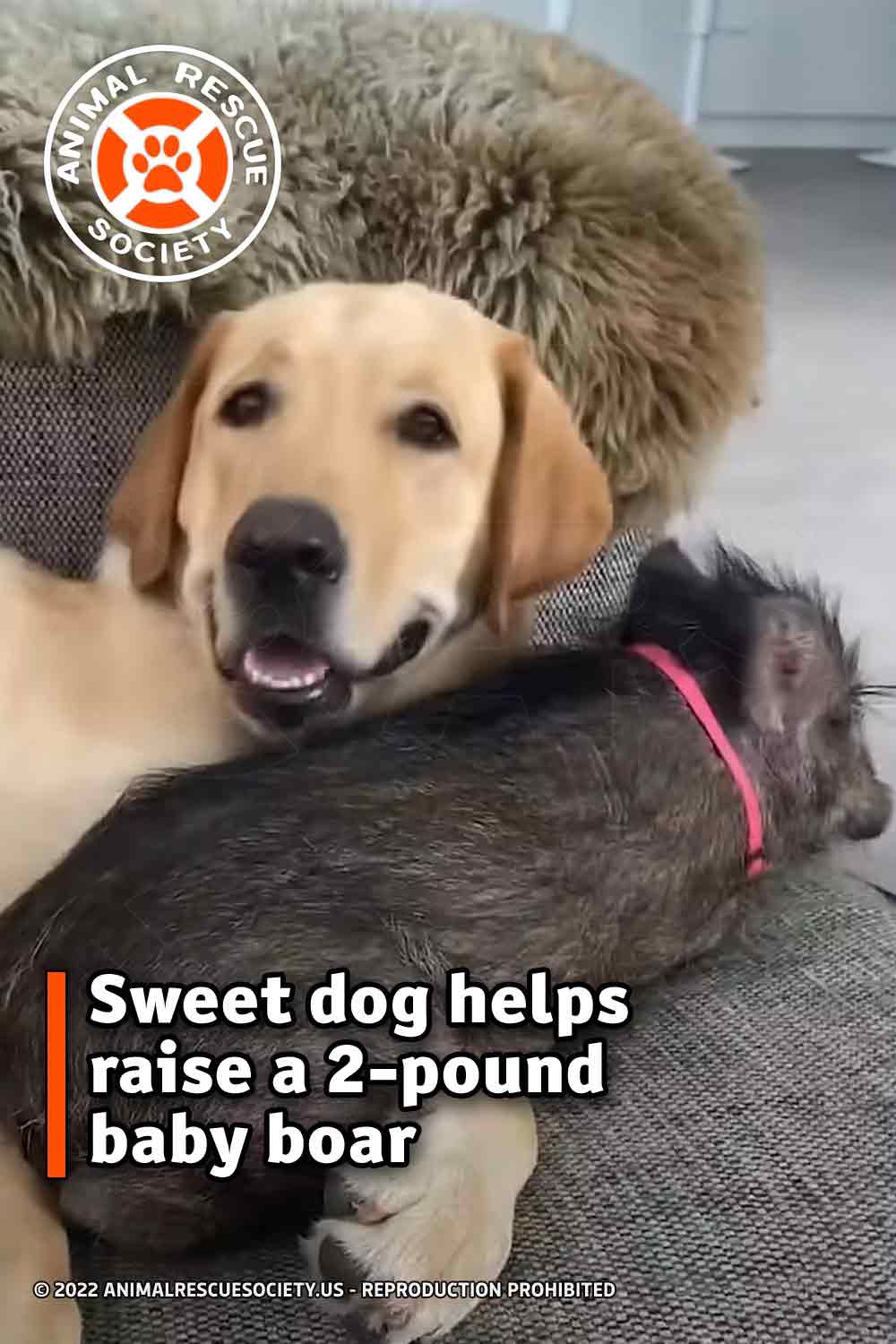