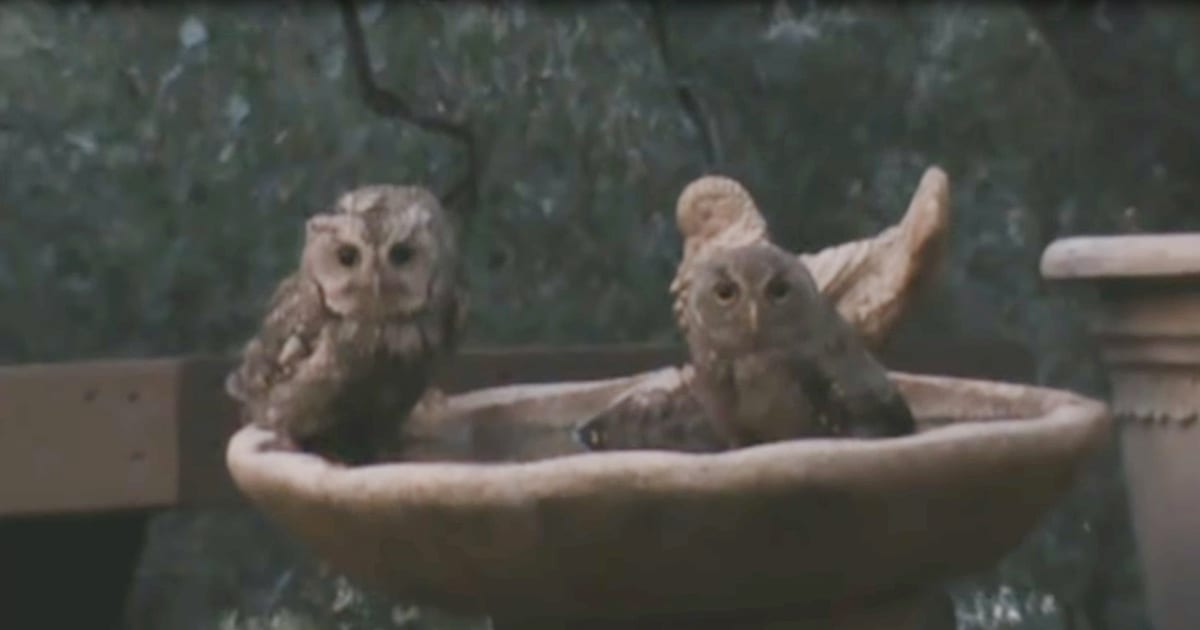 Owls are quite possibly the cutest birds. Baby owls are even better. Those little round eyes, small fluffy bodies, and long legs (which you can see) make them the most adorable thing ever! It is hard to picture that these sweet little things capture live prey. They don’t just hunt, though; they also take baths! Four owls, all fledglings, stop for a swim in a birdbath.

The first baby Screech Owl lands on the edge of a large birdbath. It sits there for a few moments as if looking for something. He swivels his head around and around, occasionally looking right at us with those adorable eyes. A moment later, two more baby owls show up and also stop to rest in the birdbath.

The caption says that it was a scorching day in Texas, with temperatures over 100 degrees, so these little feathered babies were likely hot and thirsty. The first owl drops into the water and gets a drink. The second little owl dips his beak into the water, after watching for a moment to make sure it was safe. While he’s sipping from the bath, another fledgling shows lands and partakes in the gathering at the watering hole.

Since owls are nocturnal, they likely gathered here to drink and bathe before moving on to other owl activities. This includes catching their breakfast, which might include insects, reptiles, and even bats! One owl flies away and then appears to return shortly, although it might be a different owl altogether. Either way, it is rare to see this many owls in a suburban spot, enjoying themselves in the water. Such a lovely treat for any bird enthusiast. 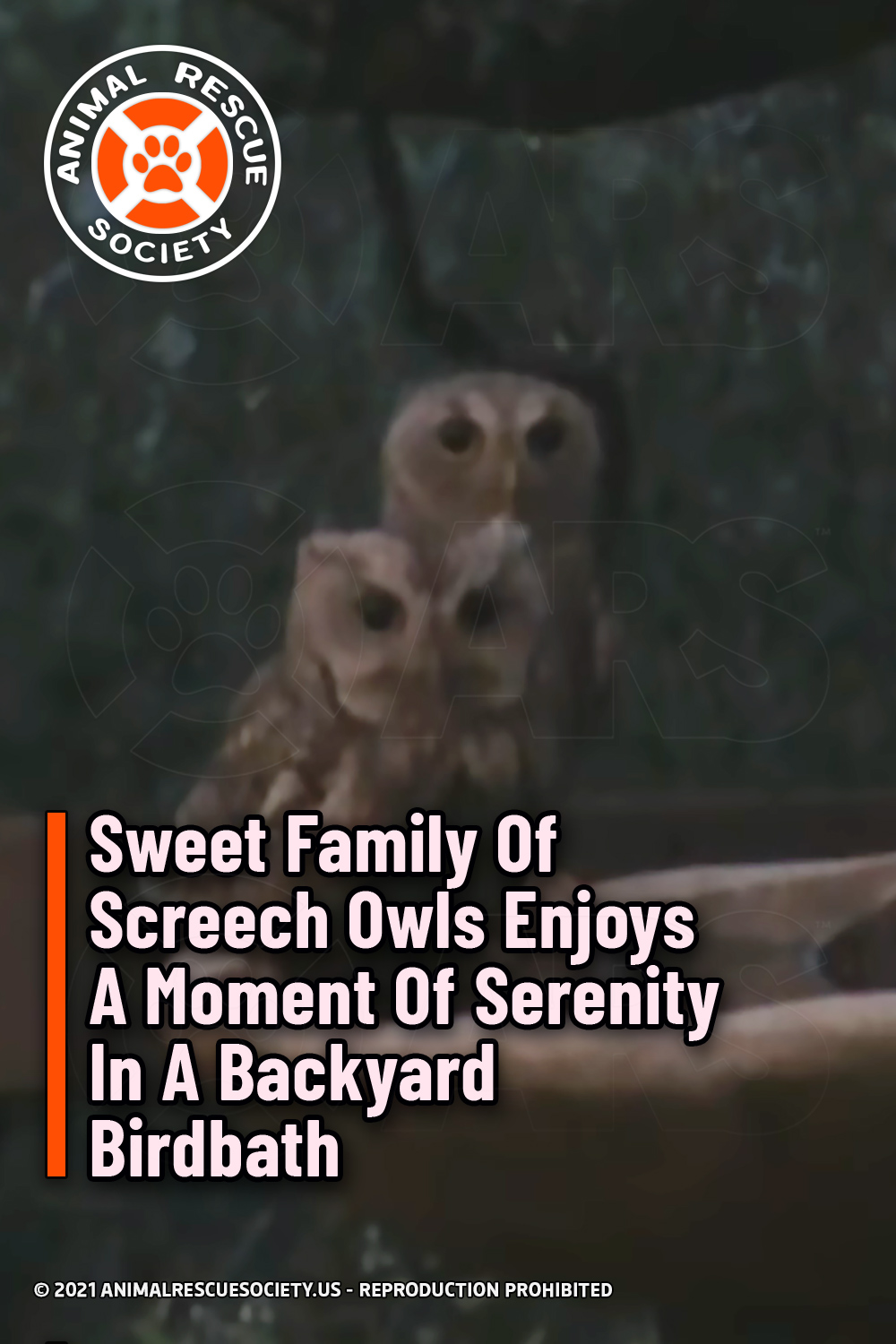