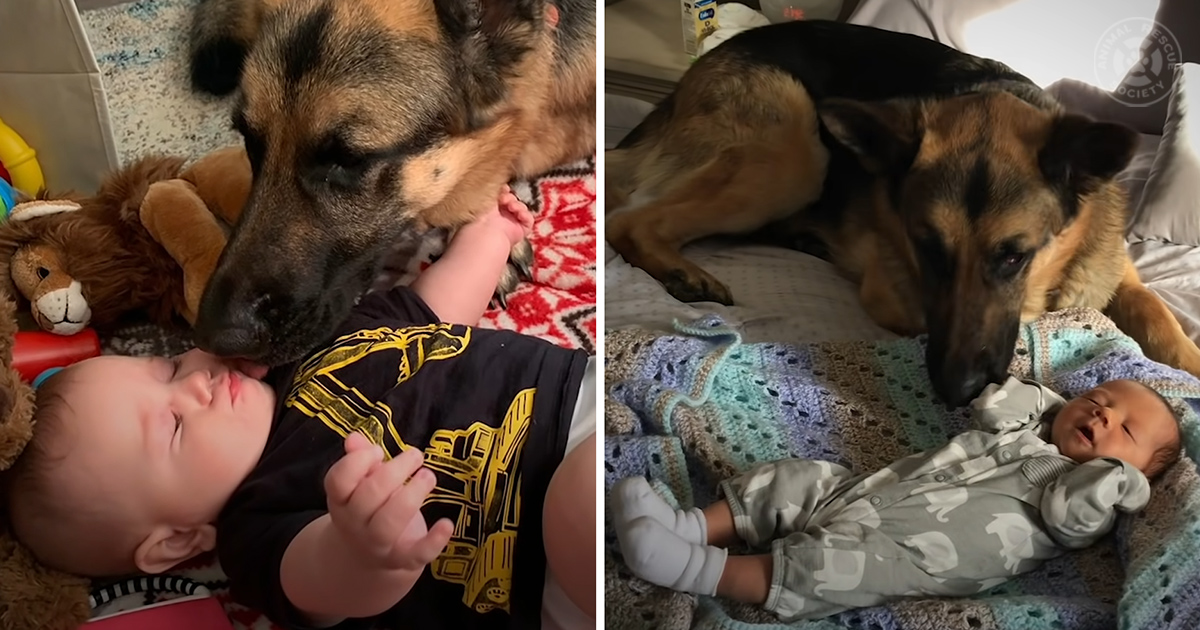 You’d probably get the impression of a supermassive, well-built, and agile canine any time you hear about an adult German shepherd dog. It is even unimaginable how you would leave your child with a canine that grows to 0.6 meters in height.

German shepherds are indeed known for their nature as the most loyal and protective dog breeds one can rear in their homes. Nonetheless, nobody would dare leave their kids around a GSD hound if they haven’t socialized with them.

Meet the German shepherd dog who started preparing to ensure that his baby brother will get a friendly environment when he arrives home as a newborn. The preparations began when the GSD realized that mom was heavily pregnant.

Appreciating that he was about to become a big brother, this GSD knew that a lot needed to be done before his sibling arrived. So he participated in essential preparations like making his brother’s bed, knowing that the one available was too small to accommodate them.

Then came the long-awaited day when the GSD’s small brother got home. The hound was patient enough to watch after his brother as he spent hours sleeping, with the assurance that his tireless efforts would come to fruition.

Things took a new turn when the GSD was sure that his small brother was ready to play around with him. So the GSD spends hours teaching the small guy how to play with toys, hoping to be a perfect playmate. 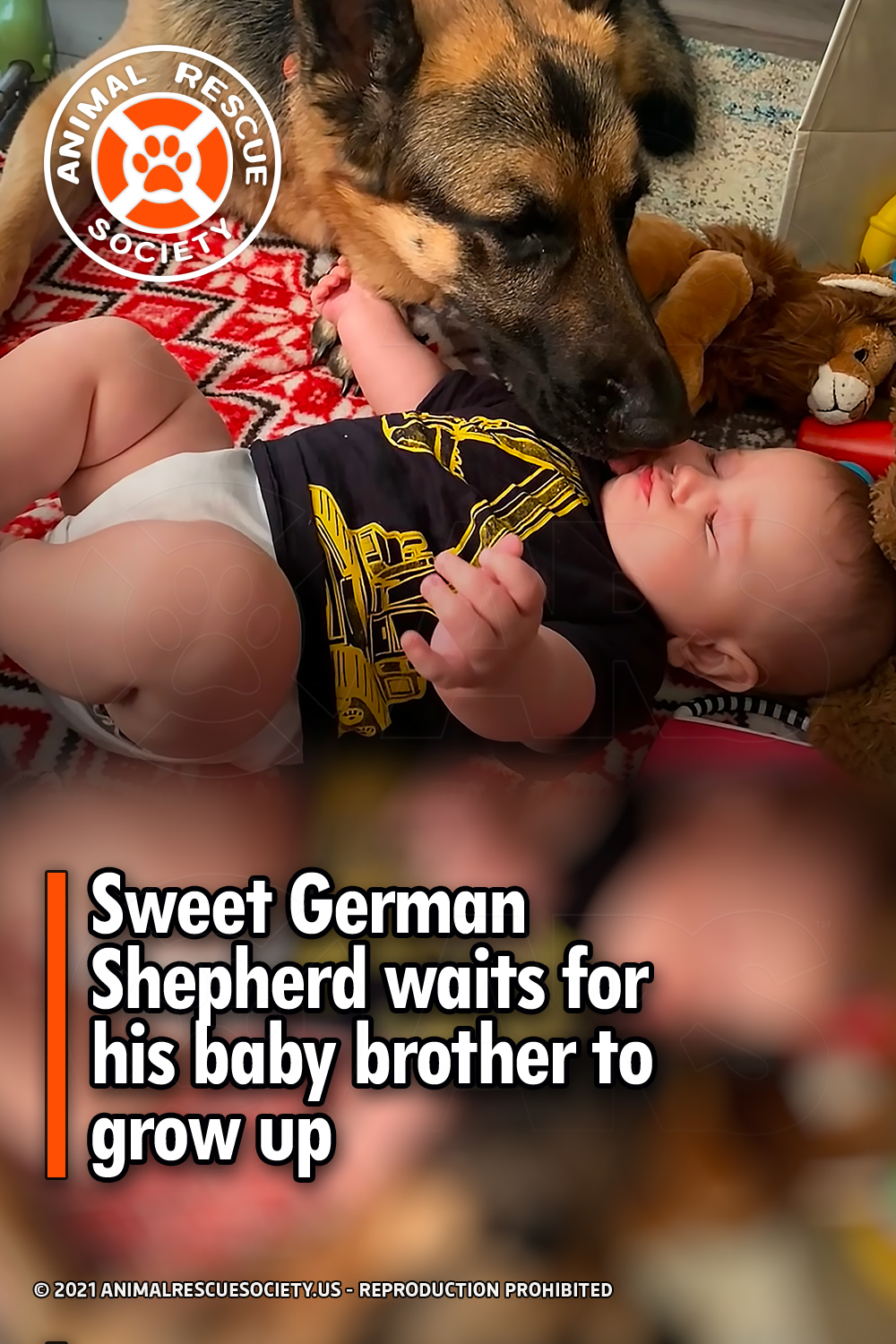