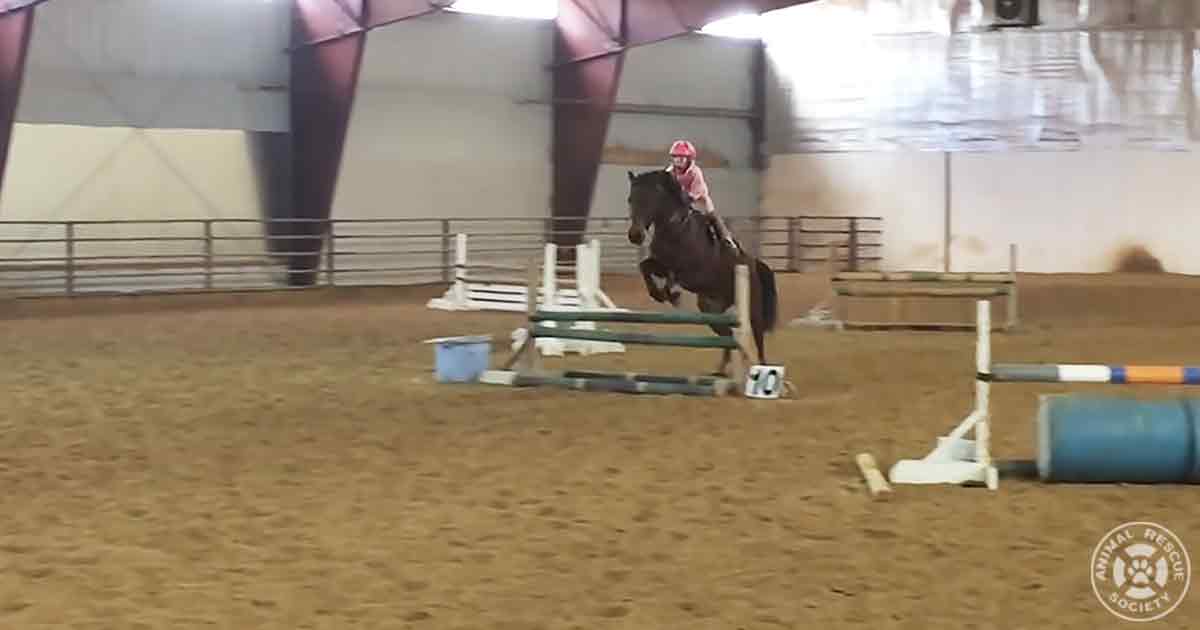 While people who ride horses might make the sport look easy, horse riding is a sport that requires focus, balance and the ability to understand the horse you are riding, which makes what this five-year-old girl did so impressive.

The five-year-old Kinsey decided to show her stuff on the jumping course, and her performance wowed every member of the audience. She and her seven-year-old mare, Ruby, had the performance of a lifetime.

As Kinsey and Ruby began their performance to “Let It Go” from Frozen, you could feel the anxiety of every member of the audience. Kinsey barely reached her stirrups, and the horse was giant compared to her.

There was so much that could have gone wrong, but it became clear that Kinsey was in complete control. Even though she could not guide the horse with her legs, she gently steered Ruby with the guides, lining up for her first jump.

Kinsey leaned over the neck of her horse, shifting her weight to aid her mount. But Kinsey was not the only team player in the arrangement. Ruby was a gentle giant to her tiny rider.

Even as Ruby leaped over the 30-inch jumps, she was careful and balanced, absorbing most of the shock herself as she landed instead of transferring it to her young rider.

As Ruby and Kinsey picked up speed, the audience cheered for the unlikely duo. The pair of them looked beautiful out on the course, outperforming the work many adults could do. As one commenter, Sarah Blundell, put it, “I’m 3 times her age, and I can’t memorize the order of 7 jumps.” 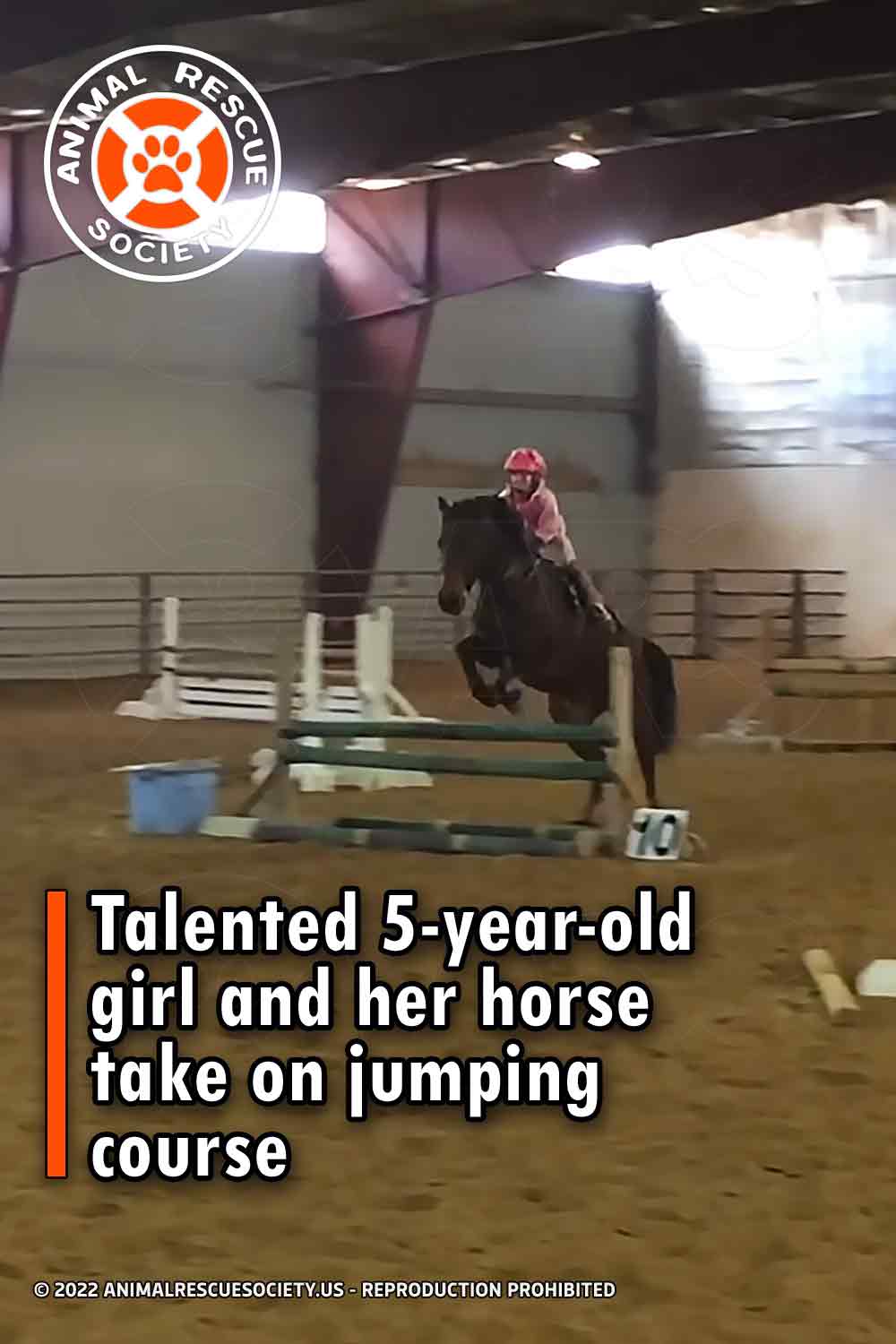