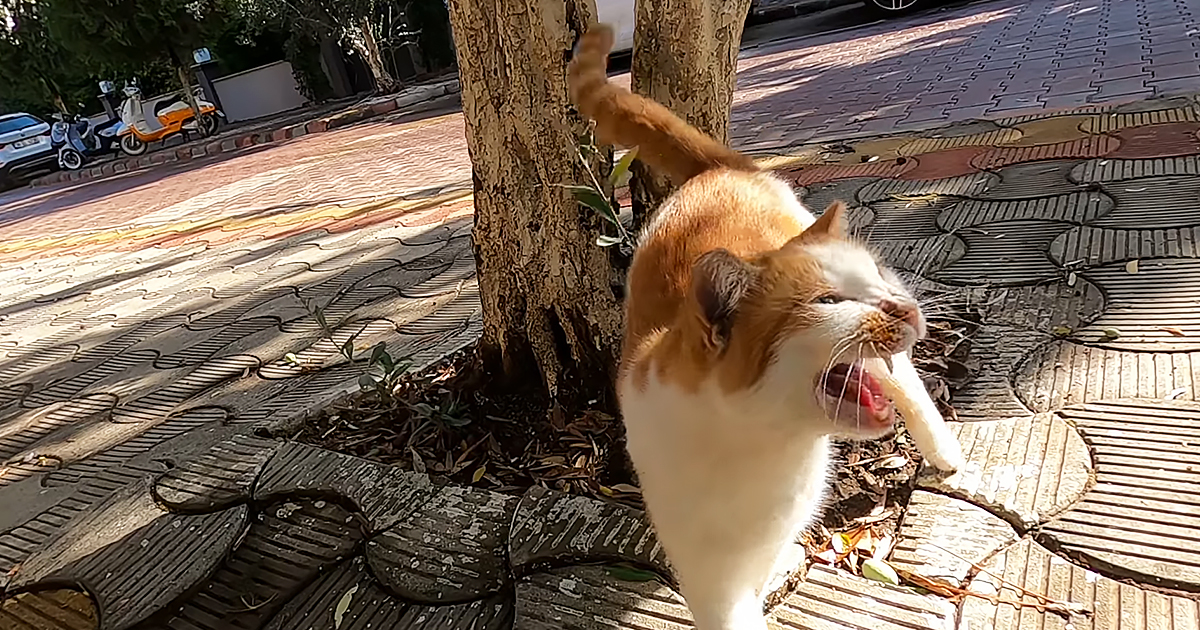 While cats have a reputation for being standoffish, this adorable ginger calico was friendly, approachable, and talkative from the first moment she saw this woman.

Interestingly, some scientists have noted that cats don’t tend to meow at each other. This behavior seems to only show up with domesticated cats. In other words, cats try to communicate with us when they meow.

By that logic, this affectionate calico had a lot to say. As soon as she saw the woman on the other side of the green fence, she started chattering away in a sweet voice.

As she climbed over the fence to join her new friend, the cat seemed to be calling out in greeting or perhaps telling this woman just how much she missed her.

We can’t know for sure what the kitty was thinking when she was meowing at the woman. But we can tell from her body language that she enjoyed this woman’s company.

Tail languidly flicking the air, she strutted around the woman and nuzzled into her outstretched hand. She even walked over to give the man operating the camera some love and attention.

At last, it was time to depart, and the woman left behind some food for the kitty to munch on while they left. What an adorable interaction between this woman and this lovable feline. 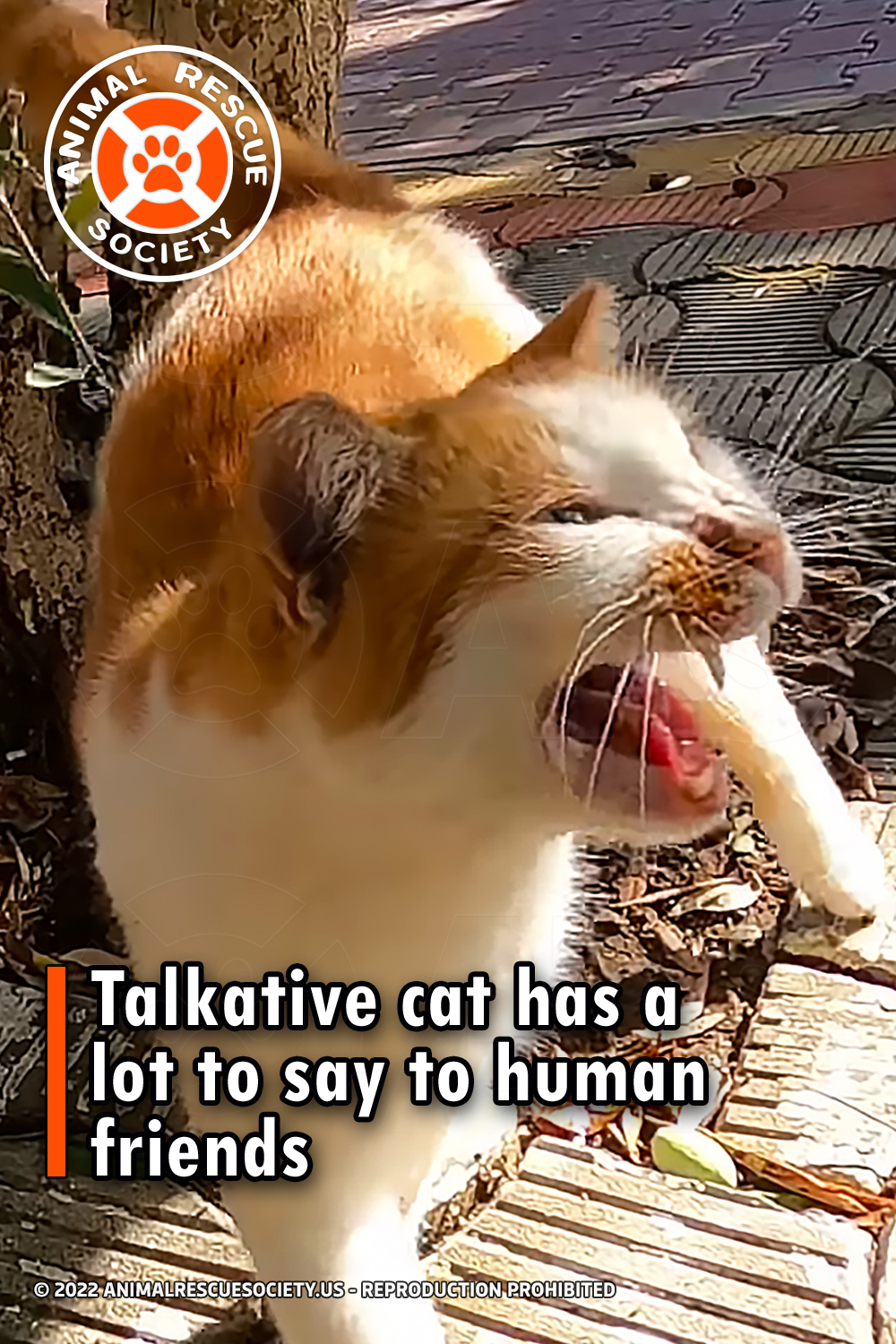