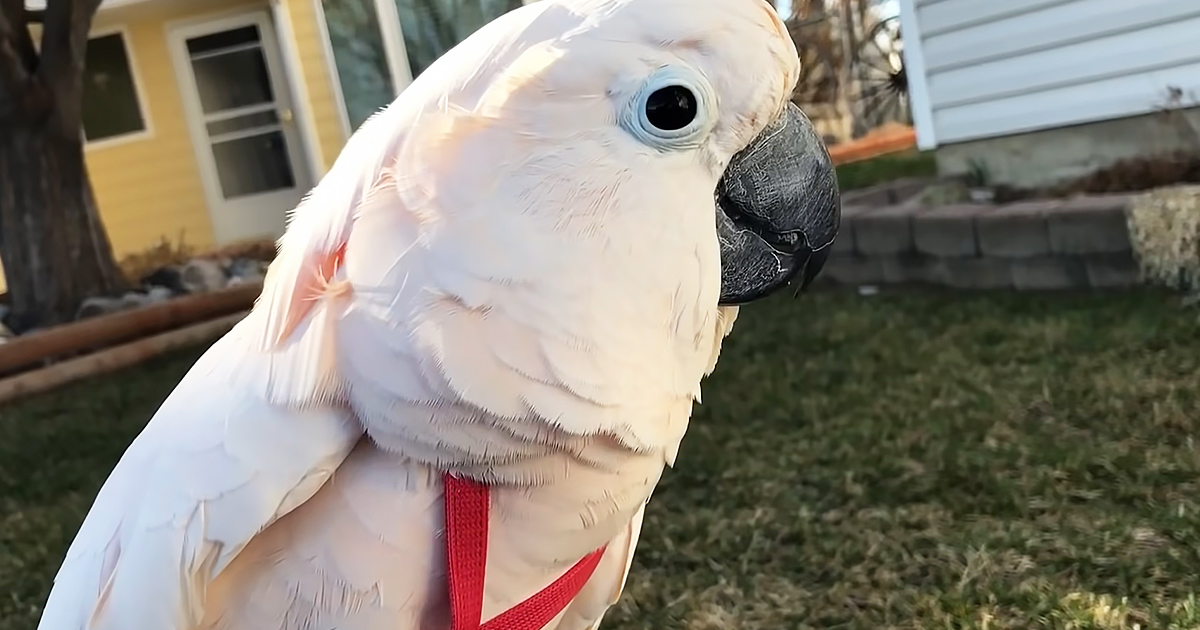 Most people know that cockatoos and parrots can replicate human speech. Still, Gotcha the Cockatoo seemed to be doing more than just that in this video. He seemed to be making jokes.

After a long walk and visit with Gotcha’s mom, his friend Tootie and that bird’s mom, Gotcha settled down on the grass to have a chat with the three of them. Still, he seemed most interested in talking to his mom.

Like two-year-old first learning to make sentences, Gotcha’s voice was not clear all the time, but unlike a toddler, he seemed to have a firm grasp of humor. At least, what he said had us laughing.

At one point during the conversation, Gotcha and Tootie’s moms were talking about a delicious smell. Right after Gotcha’s mom said it smelled like a restaurant, he replied, “I smell a diaper.”

Then, seeming to relish at his joke, he let out a peal of laughter. Later on, after watching a bag flutter down the street, he said, “I saw a dead bag.”

Of course, not all of Gotcha’s comments were jokes. He also took time to show his mom affection, cuddling into her and telling her, “I got you” and “I love you.”

Regardless of whether Gotcha the Cockatoo understood everything he was saying, his “conversation” with his mom was adorable to listen to and watch. If you did not love cockatoos before, you will after watching this video. 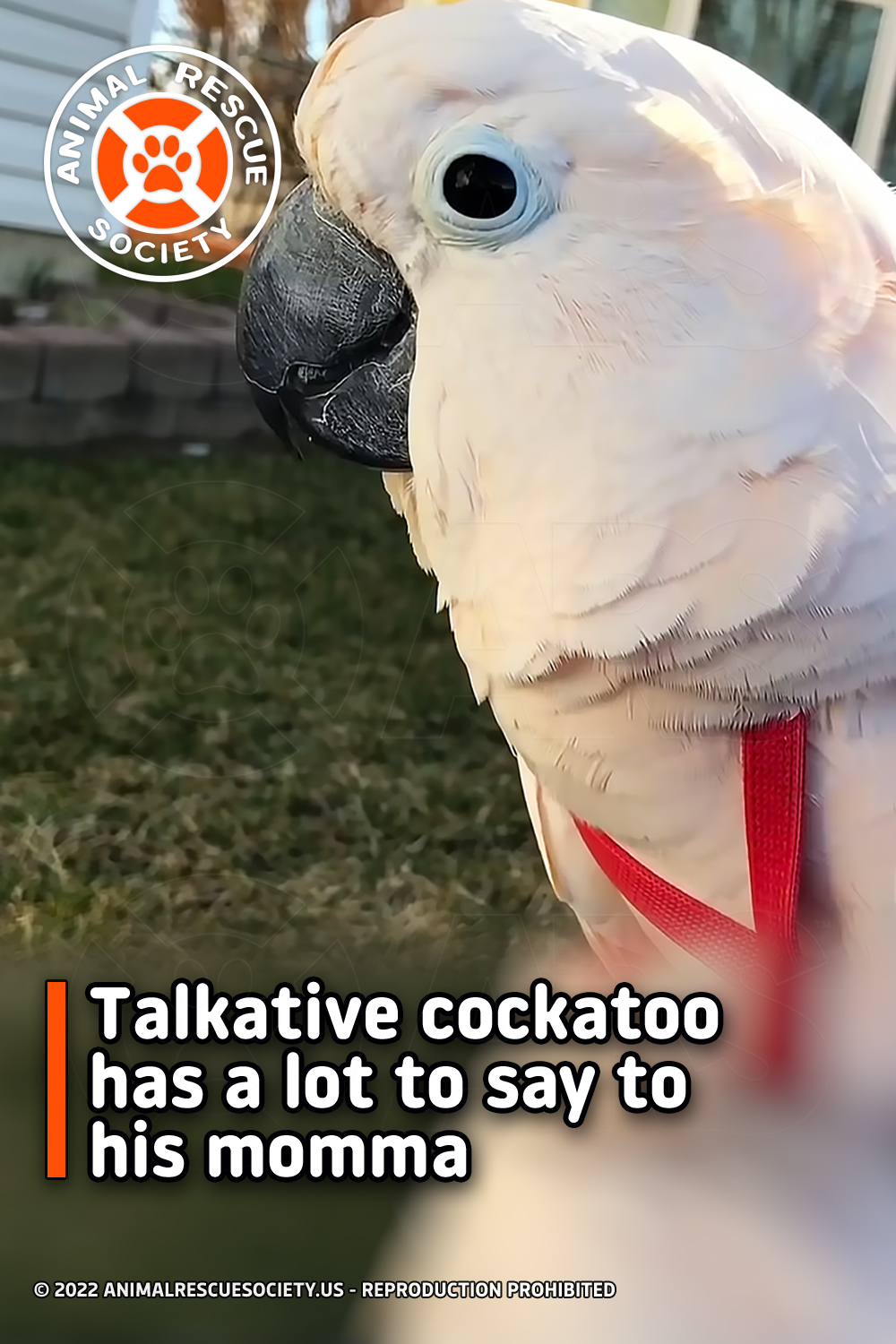