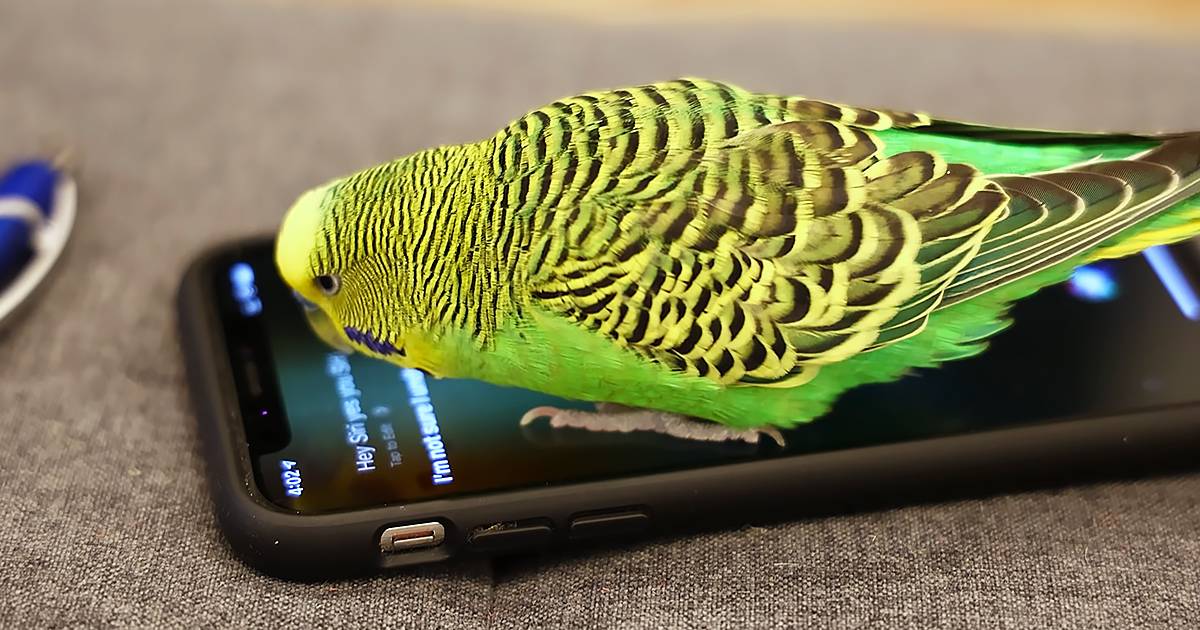 When people think of birds that can replicate human speech, most people might think of parrots or cockatoo, but Kiwi showed that parakeets can be just as prolific. And Siri seemed to agree.

While most birds are content to play with strings or plastic bird toys, Kiwi seemed much more interested in his parent’s iPhone. At first, it seemed like he was just chattering away with it.

But then he said a phrase people with iPhones are used to saying: “Hey, Siri.” When the phone responded with the traditional inquiry, he leaned in close and started asking questions.

While the phone did not understand the questions, the fact that the iPhone understood his “Hey Siri” request is fascinating enough. And in a show of intelligence, he even mimicked the sounds the phone makes when it registers an inquiry.

Between moments of getting the phone’s attention, Kiwi offered an uninterrupted monologue of inquiries. As he tapped the phone with his beak, it was hard not to imagine him frustrated with the technology not correctly responding to him.

If Kiwi the Parakeet’s other videos are any indication, this was not the only time Kiwi has displayed intelligence and a love of his voice. He has soliloquized with sparkling water cans, iPads, and a mirror in the past.

Whether he speaks to an iPhone or can, one thing is clear. Kiwi is one talkative bird. If you enjoyed this video, check out some of the other conversations he has had with himself. 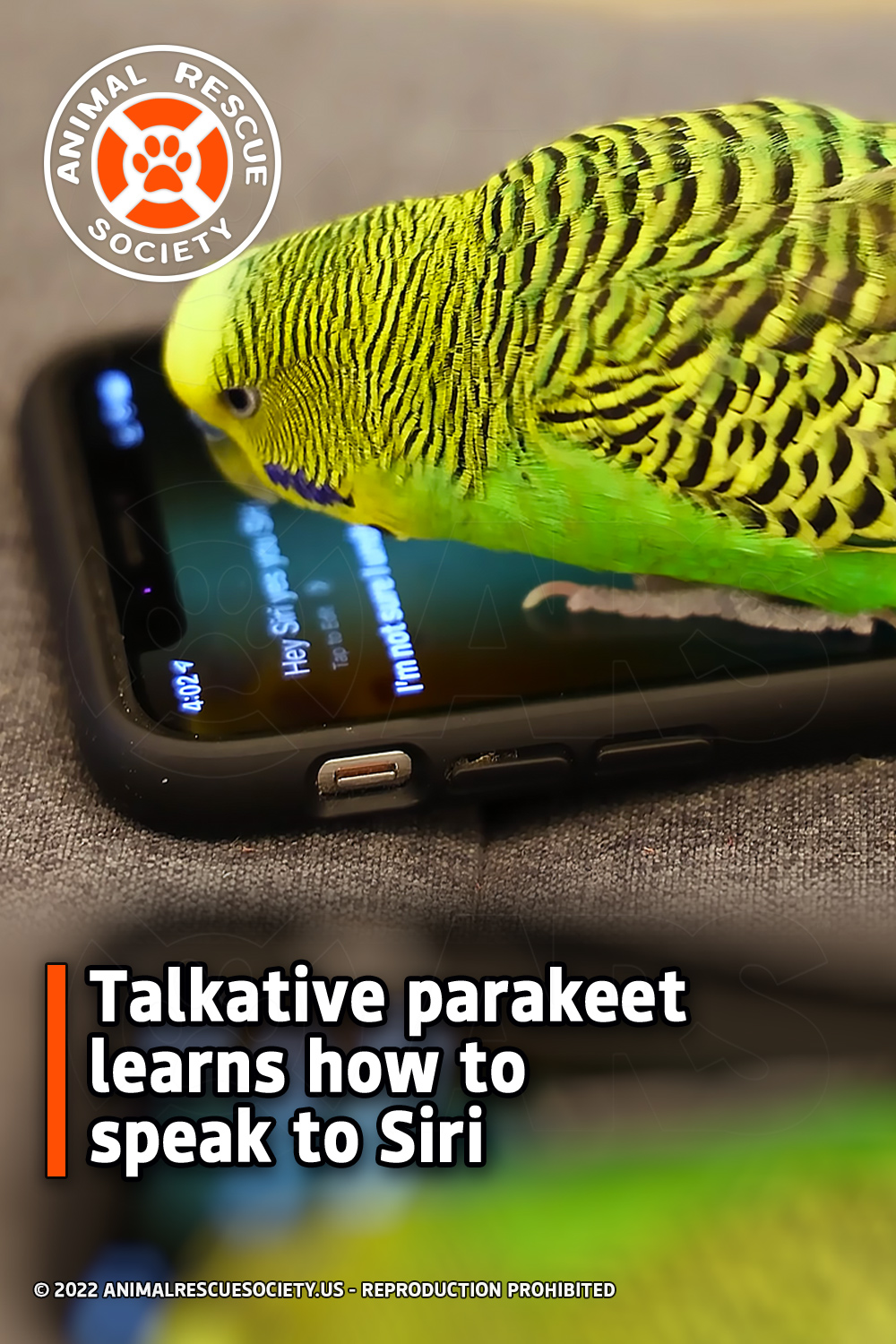