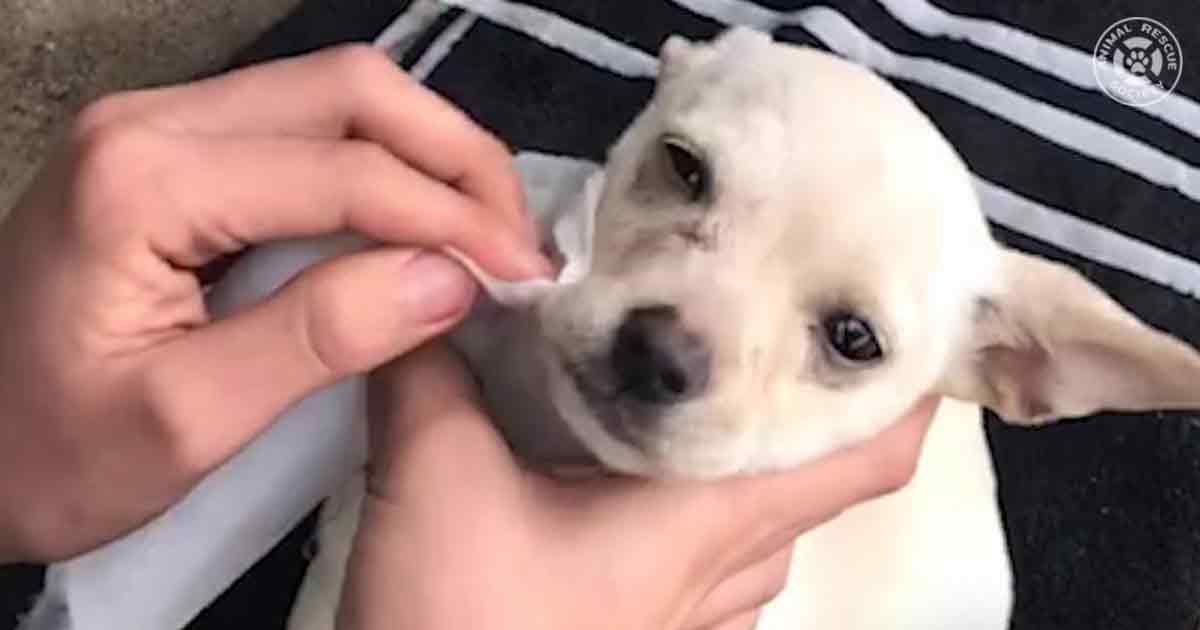 One cold, rainy day, Ubaldo heard scratching outside his front door. When he opened it, he found a puppy shivering in the rain. The moment he saw the puppy, the teenager knew he wanted to help.

First, he brought the shivering puppy some of his dog’s food and sat with her outside. “At first she backed away a little bit,” said Ubaldo, “but I kept getting closer to her, and once I pet her, she basically trusted me.”

Ubaldo had no clue where this puppy had come from, but he knew he wanted to help the puppy find her way home. “As a dog owner myself, I would want somebody else to do the same,” said Ubaldo.

Ubaldo posted about the puppy on social media, but what he wanted was to bring the puppy inside, but his parents refused. They were only allowed to have one animal on their property, and their landlord was also their next-door neighbor.

But Ubaldo did not let the puppy get lonely outside. During the day, Ubaldo and his sister let the puppy sit in their laps and played with the little dog. He even built a cardboard box dog house for the puppy.

But one night, Ubaldo could not stop thinking about the puppy living outside in the cold. After his parents fell asleep, he brought the puppy inside and played with her in the bathroom.

As attached to her as Ubaldo had become, he still knew that the best thing was to help the puppy find its way home. When he received a message from the puppy’s owner, Ubaldo brought returned the furbaby to her parents. “I kind of miss her,” Ubaldo said, “but I know that it was the right thing to return her to her owners.”