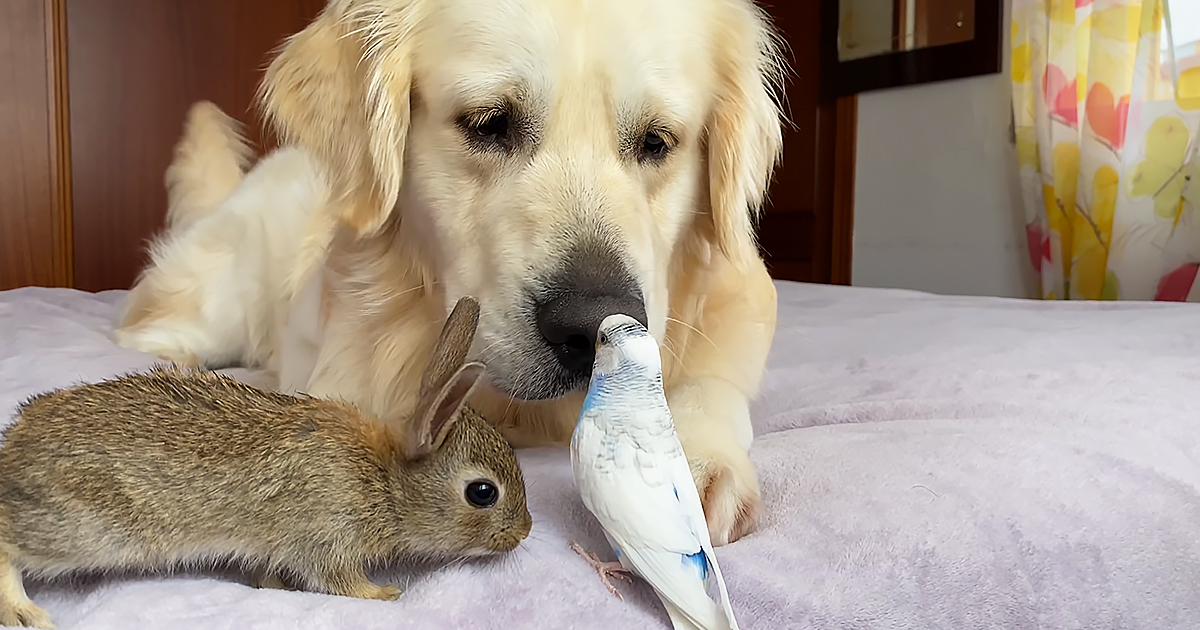 Bailey, the Golden Retriever, has a lot of little ones to watch out for in her house. Today, she spends the afternoon on the bed with many curious baby bunnies and a new budgie.

Four baby bunnies sniff their way along the bed as Bailey lies down watching. The Golden Retriever is content to watch the bunnies hop all over the blanket.

The bright blue and white parakeet is a new addition to the household pets. The budgie watches the four larger animals, unsure of where he fits in.

Soon enough, the bunnies decide the bird needs to be investigated. All four of them take turns sniffing the budgie all over. They sniff the bird until he almost falls off the bed.

Finally, Bailey gets involved. When she sees the parakeet close to the edge, she stands up and tries to coax the bird back to a safer place. However, Bailey isn’t sure if she should use her mouth to guide the bird back like a puppy.

Bailey nudges her nose in the bed repeatedly, hoping that the parakeet heeds her warning and doesn’t fall off the bed. The budgie is fine, and he could’ve flown if he needed to anyway.

Not only is Bailey gentle as ever with the bunnies and the parakeet, but the budgie also shows a lot of restraint. Though the bird is bombarded with rabbit sniffs, he doesn’t peck or nip the bunnies at all. These six animals seem pretty happy to just be around each other. 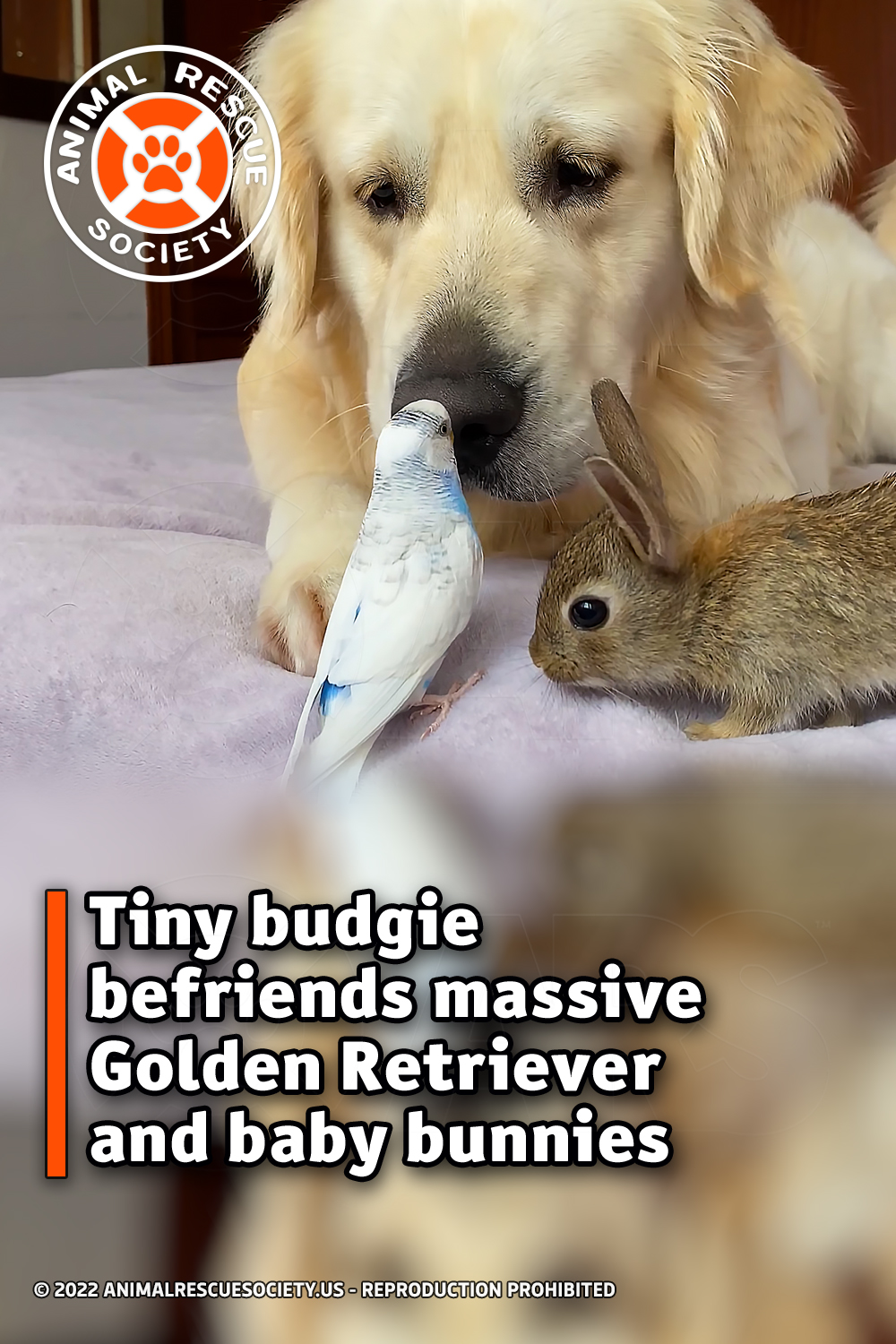