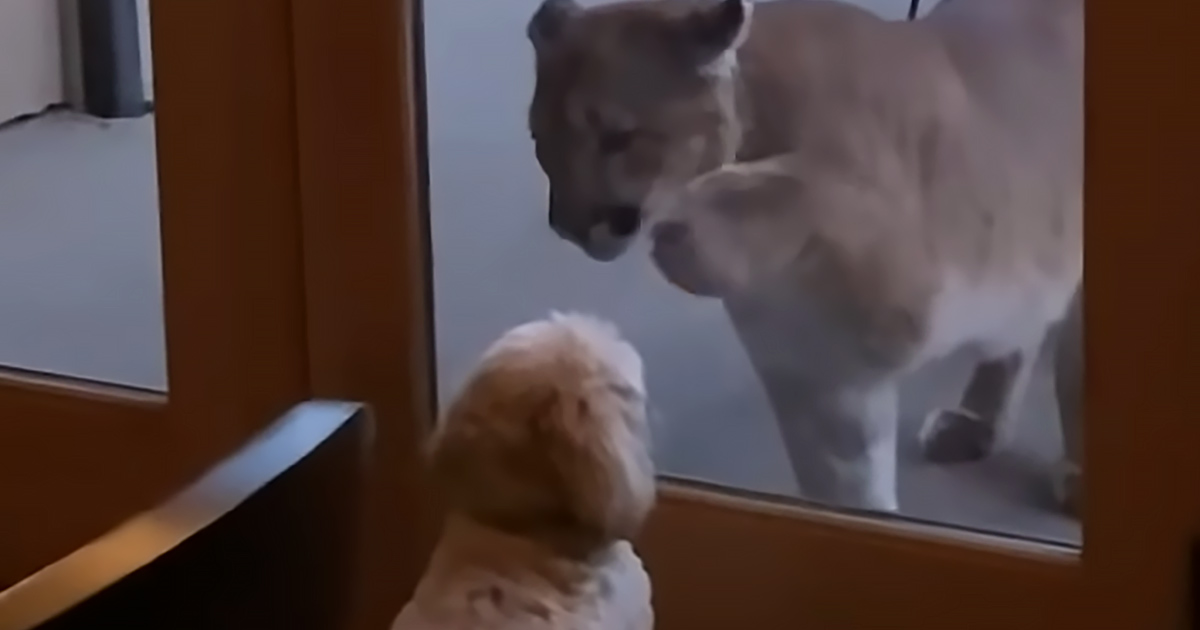 One of the stereotypes of small dogs is that they tend to overestimate their size and bark at people and dogs much larger than them. But Dash took that to the next level when he stared down a mountain lion.

If you’ve been on trails before, chances are you’ve seen the warnings about mountain lions. But if you thought meeting them in public was scary, imagine seeing them on your patio.

That is what happened to Dash and his human mom one day. While Dash stared out the glass door, an unwelcome visitor approached and glared down at what looked like an easy snack.

While his owner called for her dog to come away from the glass, Dash stood his ground as the big cat sniffed at the glass barrier between him and what the cat hoped would be his lunch.

Dash’s mom called again, but it was to no avail. Dash even started wagging his tail as if he had found a new kitty friend. On the other side of the glass, the mountain lion batted at the glass with his paw.

It is impossible to know if it was loyalty to his family, hubris, or foolishness that guided Dash’s actions that day, but one thing is certain. He was one brave pup! 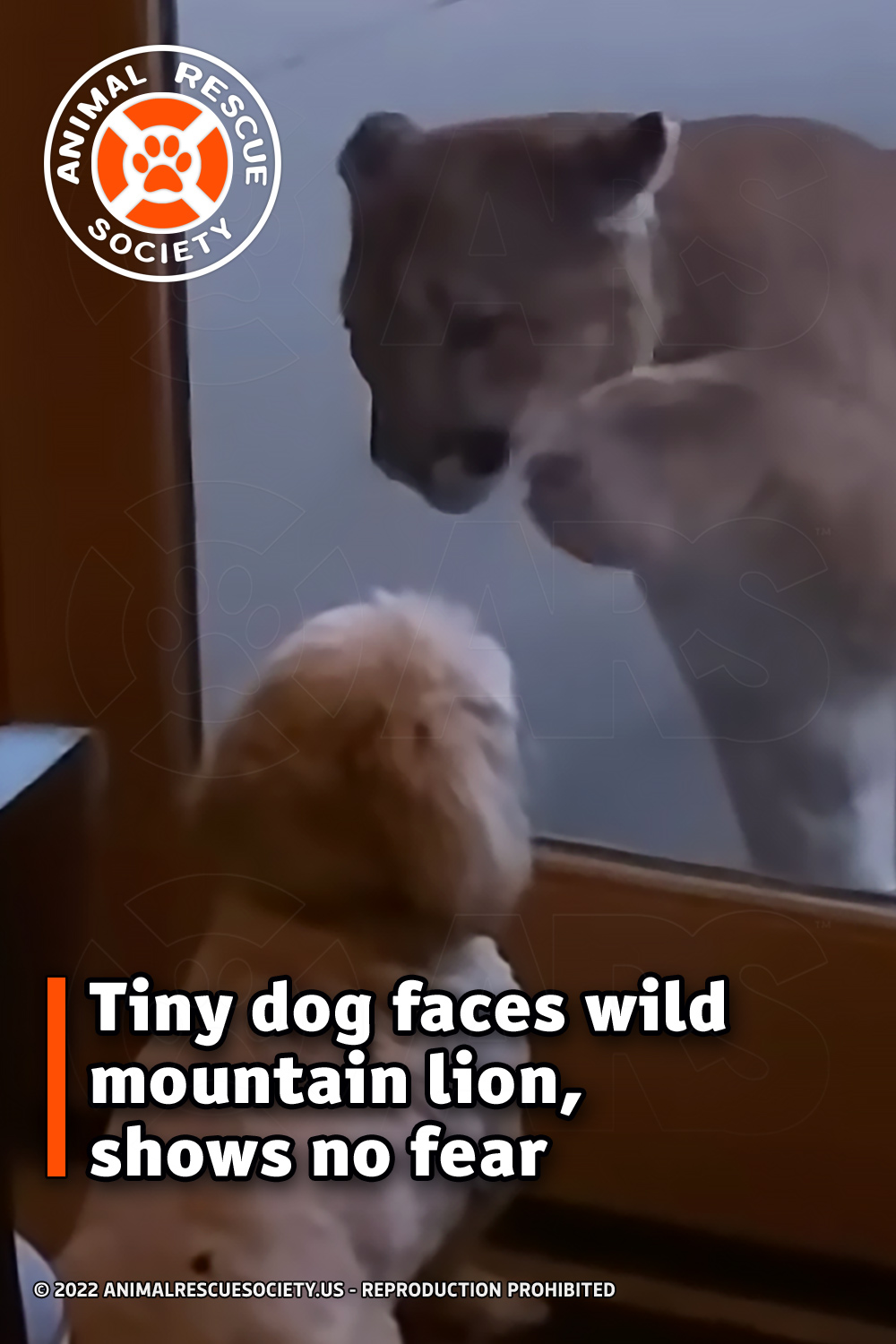