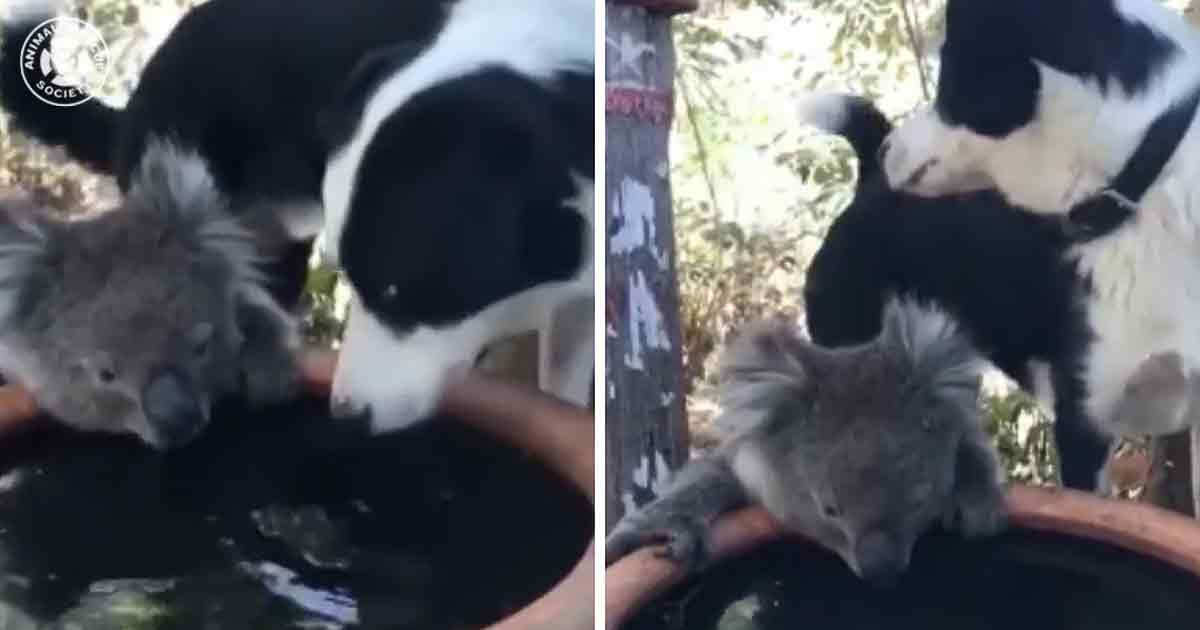 Danielle Stone witnessed a peaceful scene in her backyard as her dog Rusty shared a drink with his buddy, Quasi, a koala. Quasi visits their family often, especially when it is hot.

Rusty and Quasi are very comfortable with each other, and the koala isn’t scared or anxious around the dog. The water fountain is big enough for both of them.

Bushfire season in Australia has enormous impacts on the environment and the wildlife that lives in the affected areas. More than 60,000 koalas were harmed or killed by the recent fires.

The population of koalas recorded in 2016 was 329,000. Reports say that if no action is taken, then koalas could be extinct by 2050. Quasi is just one of the many koalas displaced by the fires.

While Rusty and Quasi enjoy their drink, birds chirp in the background. The friends show how wonderful nature is when they sniff each other and touch noses.

Andrew Frost, a neighbor of Danielle Stone, spoke about how action needed to be taken to help the koalas and the country in general. The friendship between Rusty and Quasi is a beacon of hope.

Stone’s backyard and water fountain are open anytime to Quasi. Rusty happily wags his tail when his friend visits, and they can share that refreshing drink together. 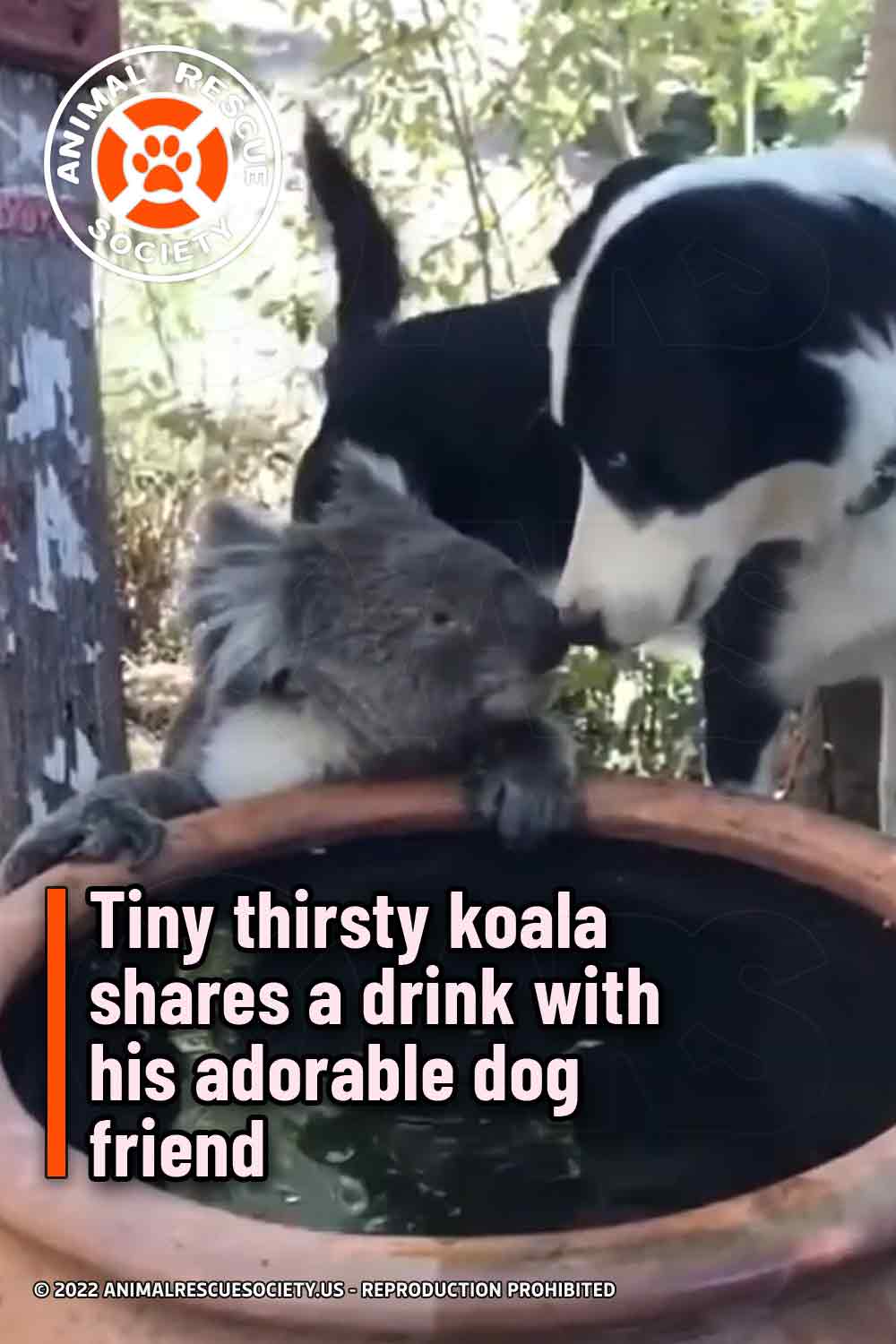