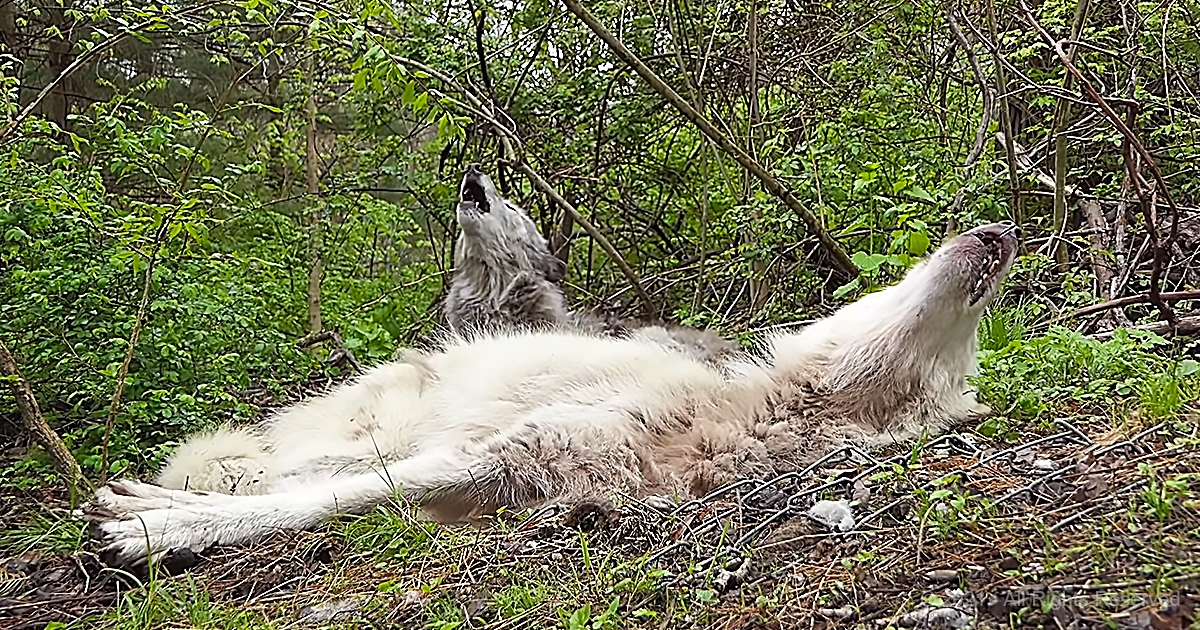 Two wolves decide they can respond to howls without standing up, opting instead to howl to the sky while lying on their backs.

Wolves are often portrayed as strong, tenacious, and fearsome – but two wolves at the Wolf Conservation Center in South Salem, NY, did their best to destroy those perceptions.

Cameras at the center caught the two wolves sleeping in the sunshine. When they heard the sound of distant howls, they looked lazily at the sky and responded with half-hearted howls.

This back-and-forth continued for several minutes, but the wolves never took the time or energy to rouse themselves from the comfort of the ground.

Instead, they continued lazily howling in the distance, growing wearier and wearier until finally, they stopped altogether.

It was the perfect reaction – like office workers responding to yet another meeting, the wolves seemed to look exasperated before finally responding. 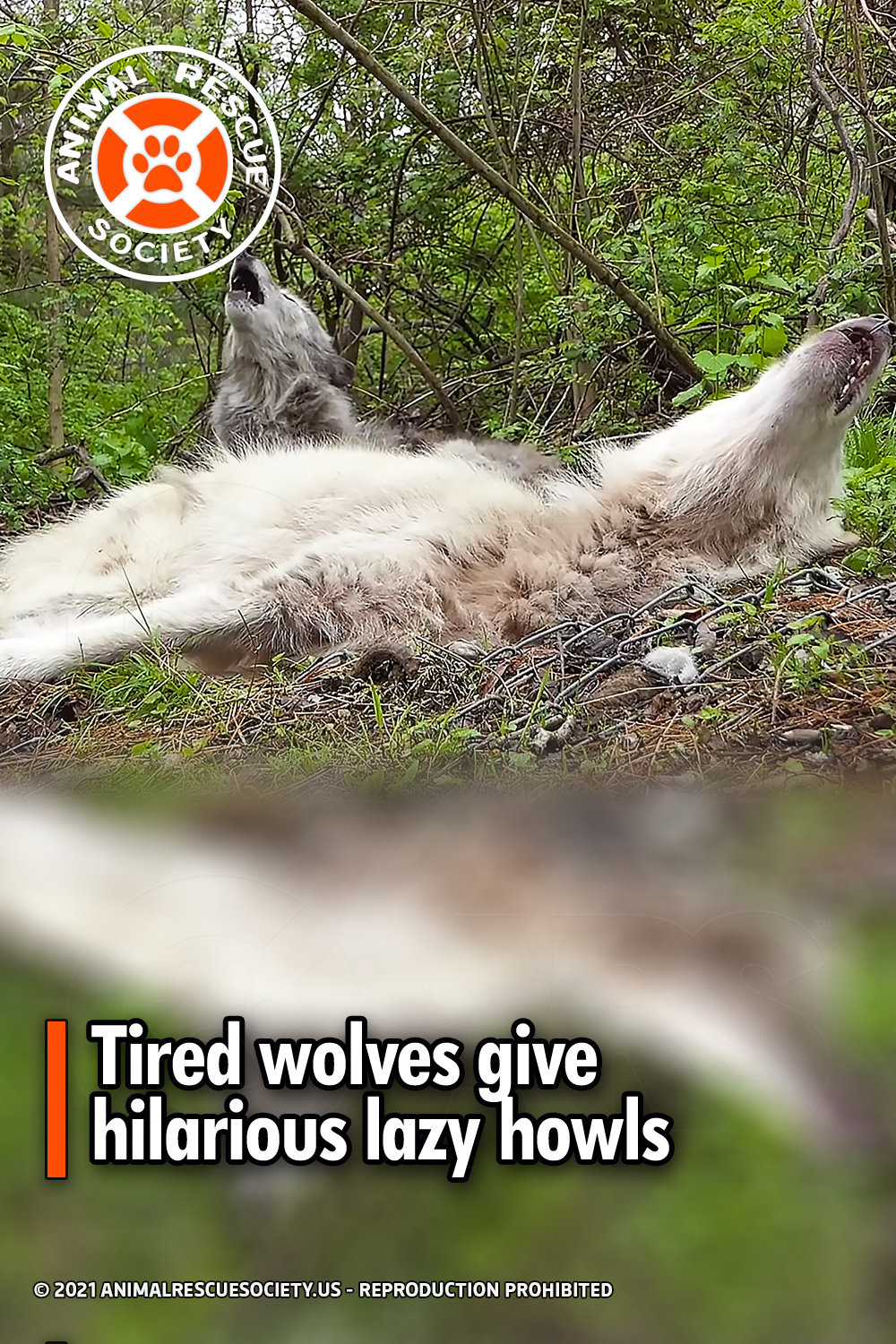