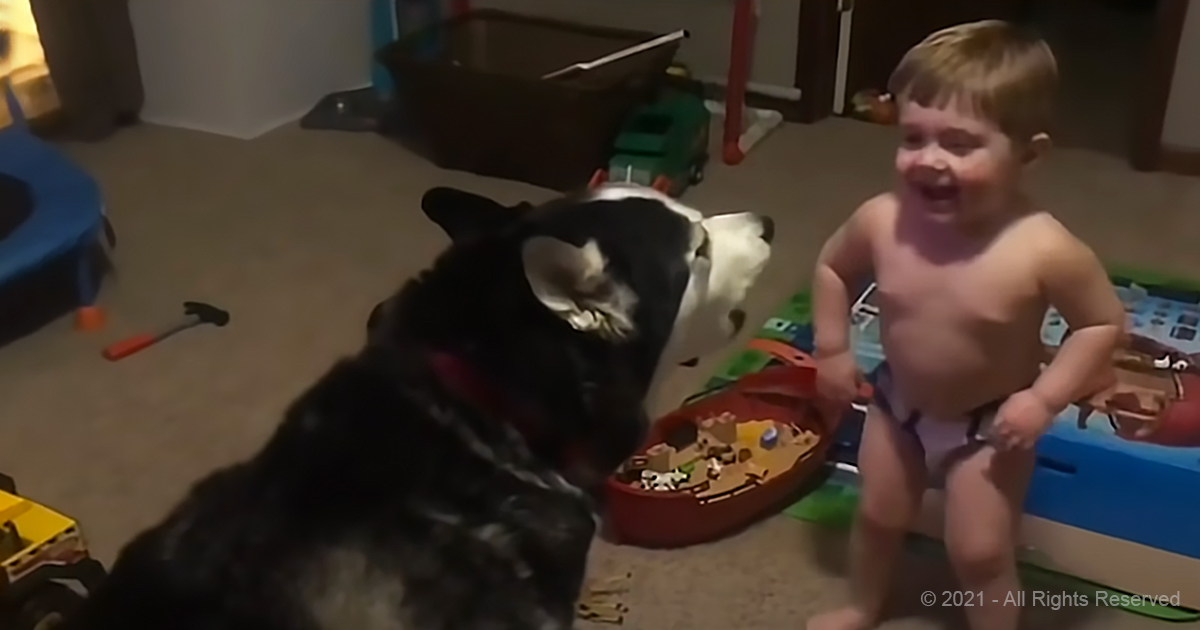 Giggles and squeals of joy make this video of a toddler and his pet husky howling together a “10” on the happiness meter.

A little boy likes to hear his pet Husky howl. He starts howling at the dog, hoping the Husky will respond. Soon they howl together.

Although toys are scattered all around, one of them is as interesting to the toddler as copying the howl of the black and white dog.

The more the little boy howls, the louder he laughs. He giggles so hard that he falls back over a box that is behind him.

Getting up unhurt, the toddler continues to encourage the dog to howl by doing his own version as often as he can between his giggles.

The mom who is taping dissolves into laughter watching her son howl with the Husky. All of them are enjoying this spontaneous display of silliness. 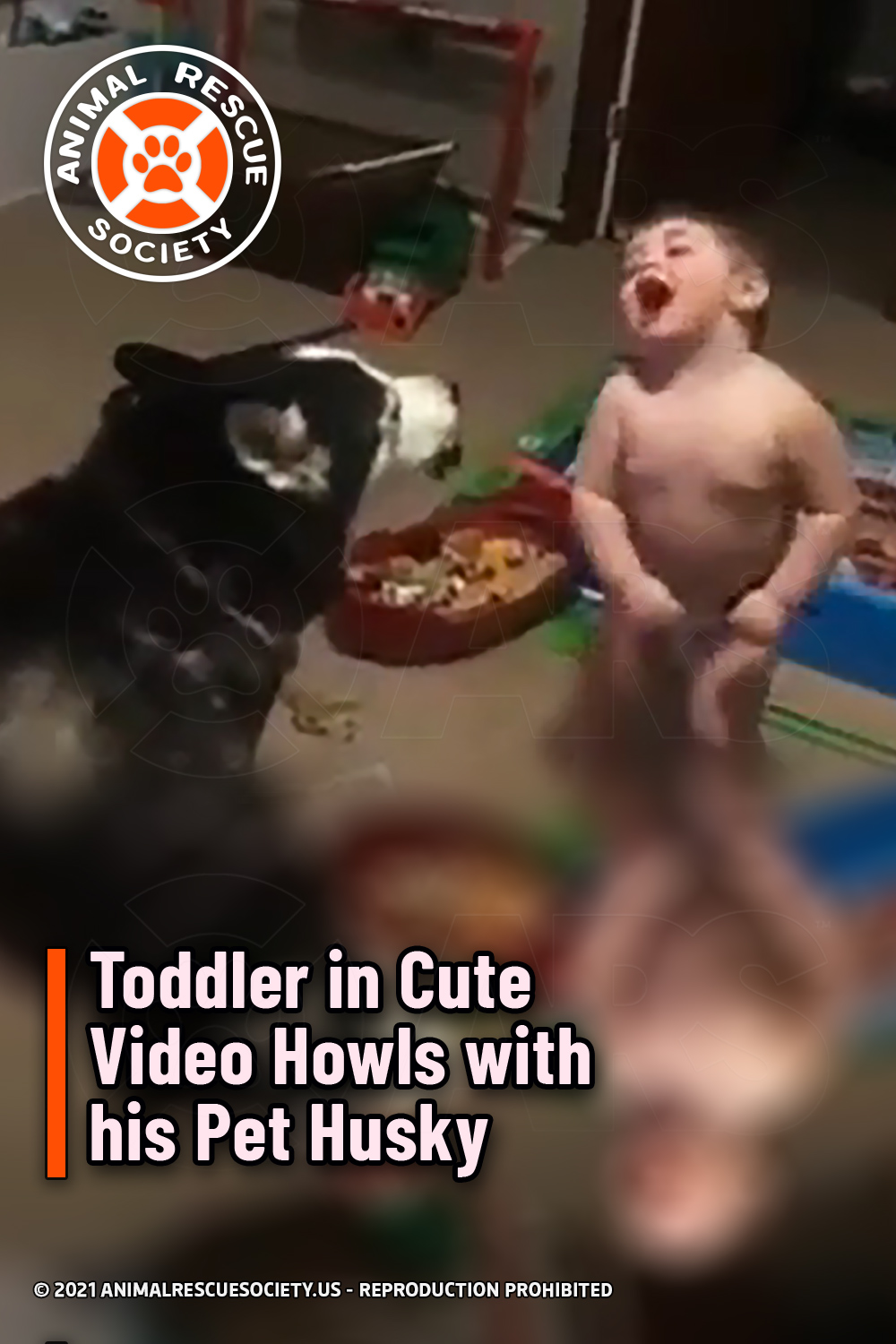