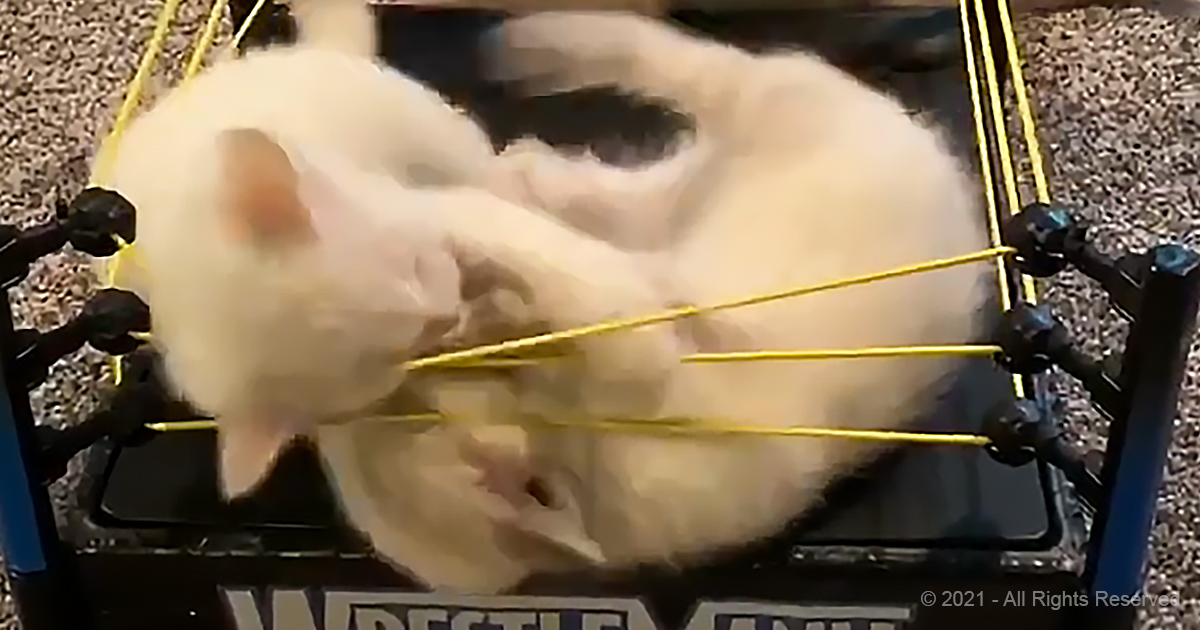 Within and out of ring antics, true to WWE and WrestleMania standards, the action never stops. A very distracted umpire gets caught off guard when entering the ring and suddenly becomes the target of a relentless attack by one of the wrestlers. After dispatching his/her component over the ropes, the next target was clearly the umpire.

This is a fast auctioned with some of the best wrestling moves see in and out of the ring for a long time. There are no Cat and Mouse games going on. With barrel rolls and purrr-fectly executed, unconventional ring exits; it is amazing that the wrestling trio. Not watch this adorable video would be a CATastrophe.

The unscheduled bout started spontaneous, when Ashley Ward from Denton, Texas purchased a miniature wrestling ring at a local thrift store for $2. When she placed it on her carpet she magically turned into a wrestling promoter, as her three kittens spontaneously got into the ring and, without waiting for the formalities of a bell, started the bout.

Now that the cat is out of the bag and in the ring, go and share in this short, yet none-stop feline wrestling action clip! 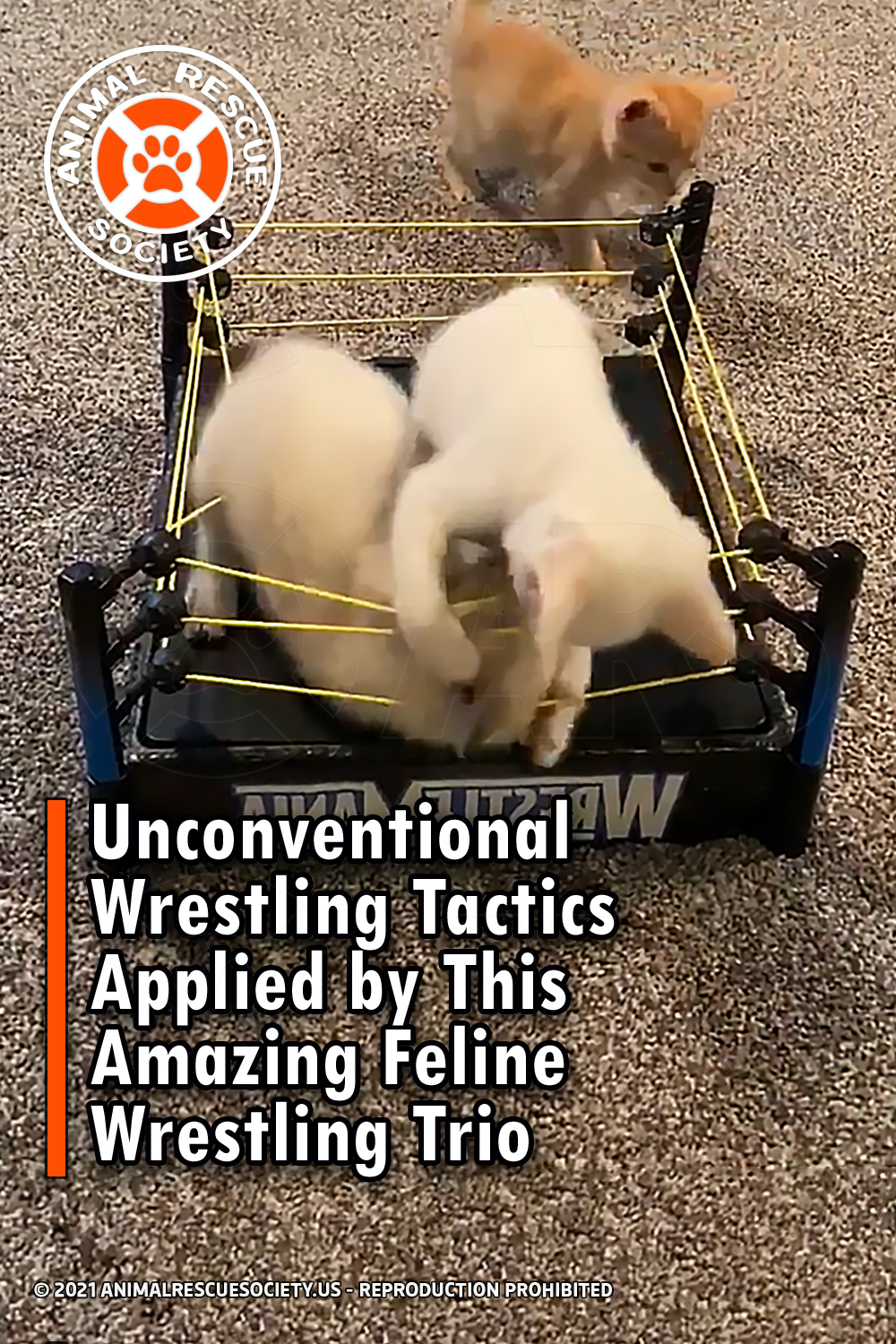