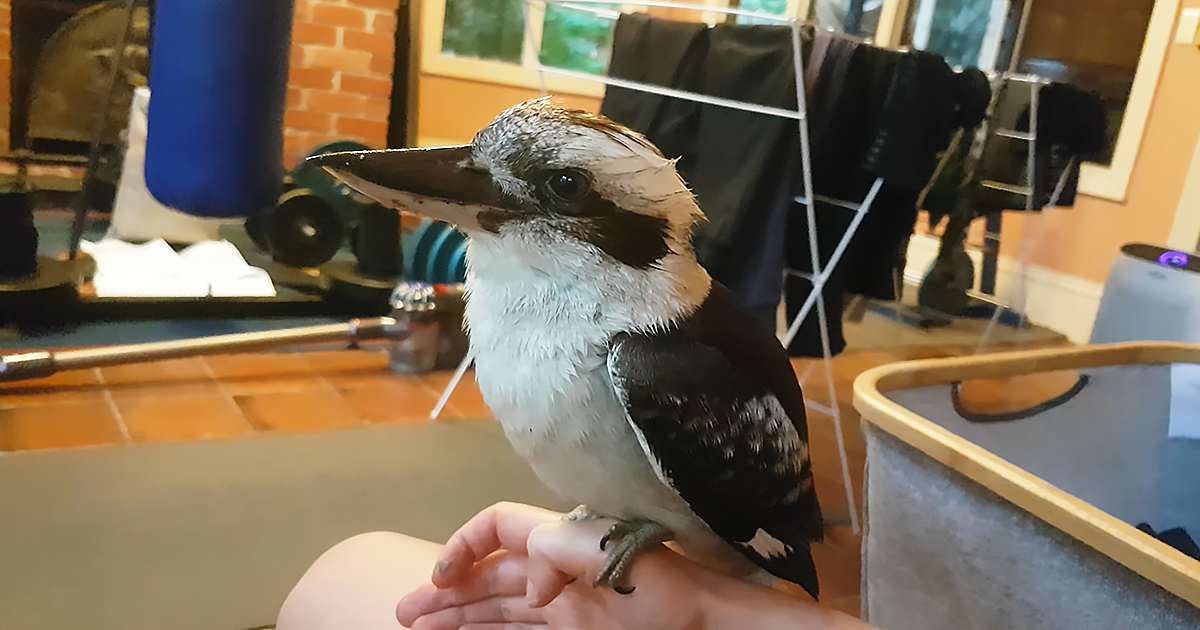 There was a thunderstorm, and while it was pouring outside, a woman spotted a familiar Kookaburra outside her window. The woman lives in Australia, and she gets visited by all kinds of wild birds.

The lovely Kookaburra was perched on a tree, and it looked like he wanted to come inside. Since there was no way through the window, the woman walked around to fetch the bird.

It was dark and stormy, so the Kookaburra was happy to see a friend. The bird flew and perched on the woman’s arm, and she carried him inside.

They were in the home gym, and the Kookaburra flew to the top of a punching bag. It was one of the highest spots, and he could see everything in the room.

Suddenly another Kookaburra appeared, perched on a bench near the door. The woman was familiar with that Kookaburra, and he didn’t get along with the one that was already inside.

She couldn’t leave him outdoors since the Kookaburra obviously wanted shelter until the thunderstorm died down. The first Kookaburra stayed on his perch while the woman brought in the other one.

The two Kookaburras stayed far apart, and the woman knew they wouldn’t terrorize each other as long as she was around. They sat and watched the rain waiting for it to stop. 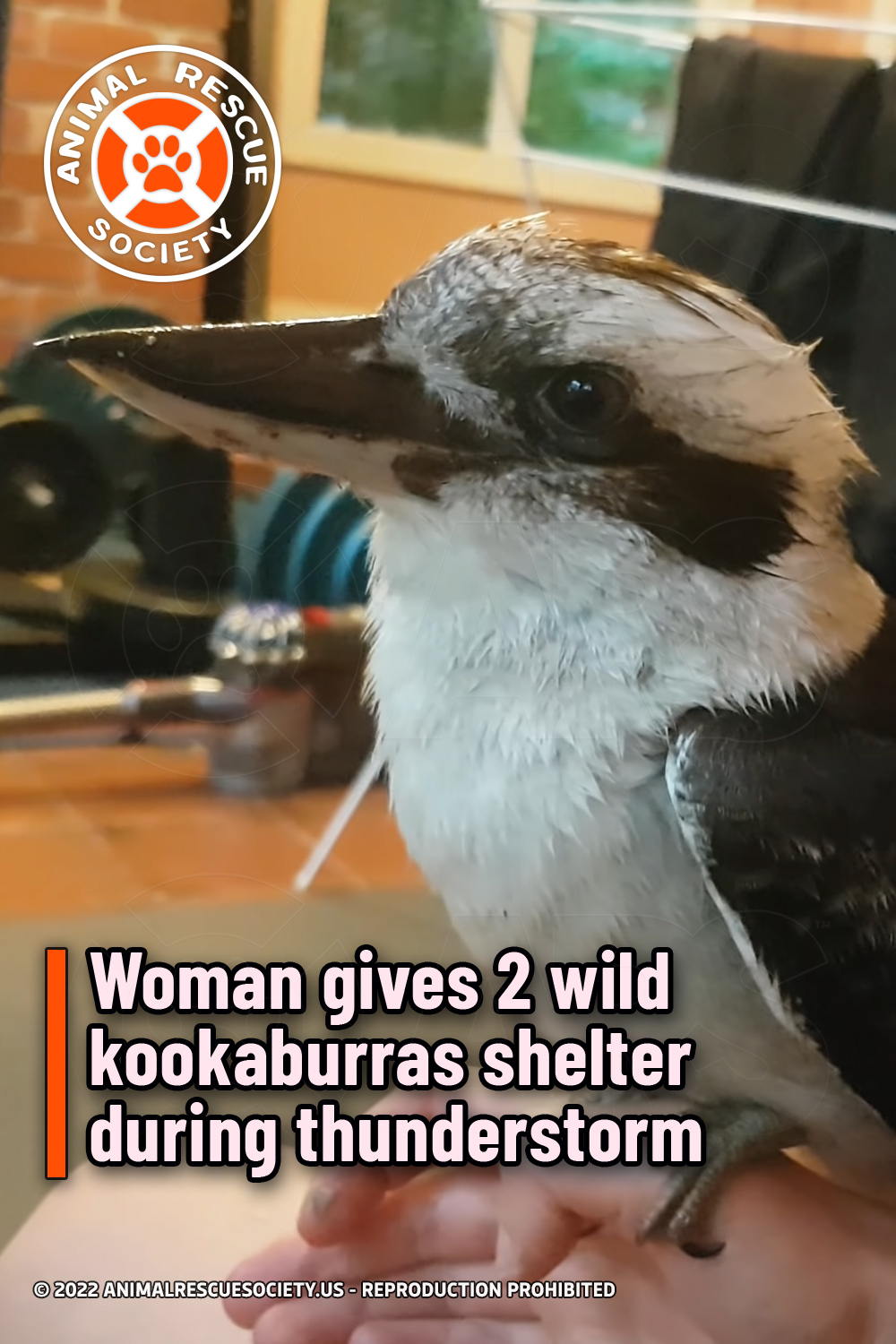