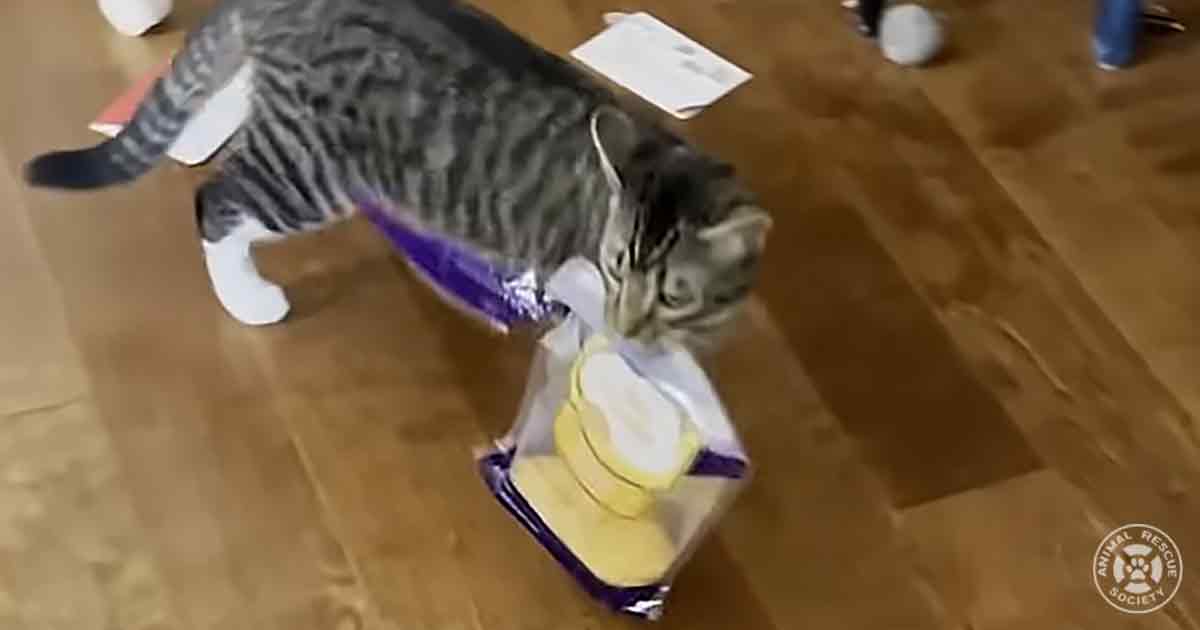 If you have been lucky enough to be a cat parent, you know that even the most relaxed cats are bound to get into trouble. But Sarah’s foster cat, Ponderosa, took that tendency to a different level.

When Sarah opened her doors to her new foster cat, she had no idea she was letting a trained cat burglar into her home, but it did not take long for her to find out.

Whether it was cheese, a bagel or a biscuit, Ponderosa would stop at nothing to ensure that he completed his mission of stealing all the food. “He just wants everything,” said Sarah.

But before anyone starts worrying about Ponderosa, Sarah pointed out that she ensured the cat had enough to eat. “He eats all day long,” said Sarah. “He’s got the metabolism of a teenage boy that’s on the football team.”

Sarah had to learn to keep an eye on all of her food at all times. “No food can be left on the counters. No food can be stagnant. Nothing is safe,” said Sarah. “He’s stolen food off of my desk while I’m working.”

While Ponderosa was a skilled thief, he consistently gave himself away as soon as he retrieved his prizes. While he munched on his ill-gotten goods, Ponderosa let out a loud, adorable sound that was somewhere between a growl and a purr. 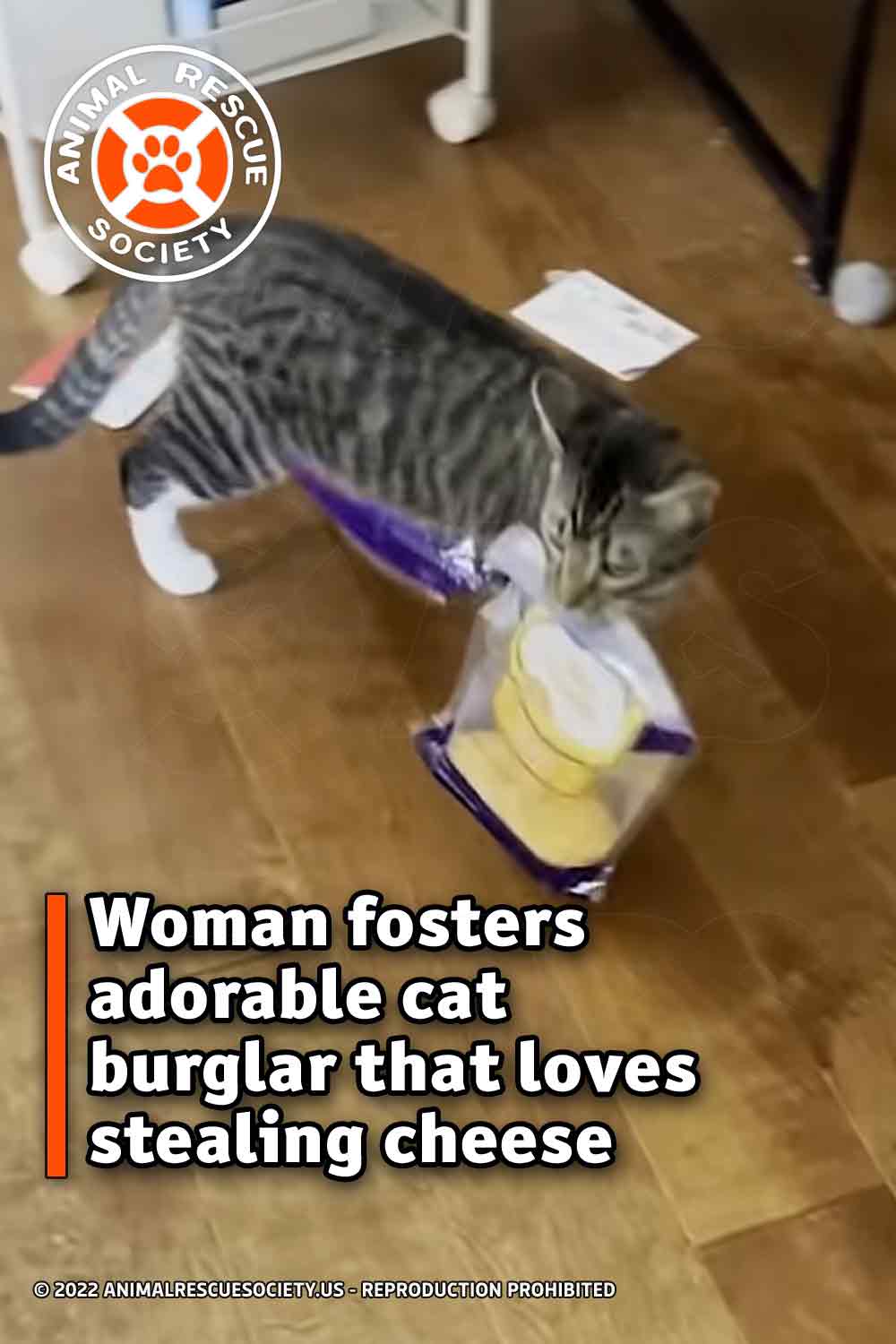