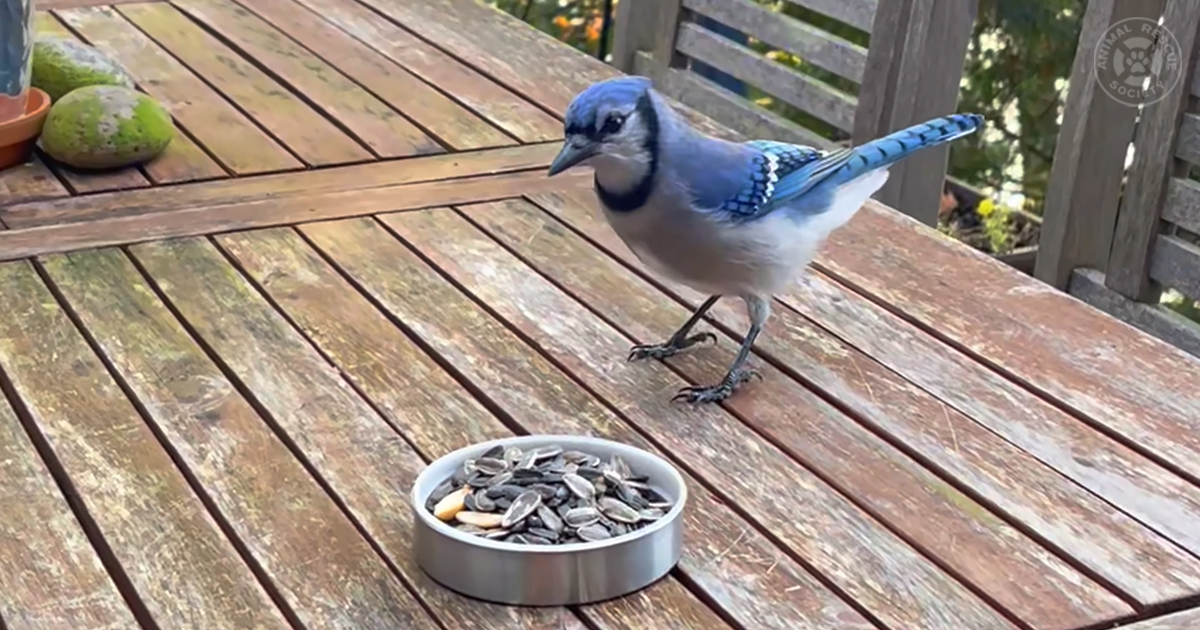 Blue Jays are songbirds that many people are familiar with. With black plumage and a beautiful call, this blue and white bird is known for their intelligence and share a strong bond with their family members.

One of these birds recently became friends with a girl who lives beside a beautiful lake in Canada. She loves to interact with the wildlife and is really fond of the animals and birds in the forest near her house.

The young girl had made friends with a female Blue Jay. The beautiful bird would come to her when called and would love to eat the seeds that the kind-hearted girl gave her. Then, the bird would happily sit on the table placed near the porch and eat her breakfast.

After the bird finished eating the seeds, she would take some of the seeds in her beak and hide them in a secret place. This routine happened every single day. The Blue Jay would pick up the seeds given to her, eat some of them and hide the rest.

She would call for her human friend every day and inform in her bird language that she would come down only when the young girl fed her. It was pretty evident to any onlooker that the Blue Jay shared an incredible bond with the girl.

The bird even enjoyed drinking freshwater kept at the birdbath. The Blue Jay lived on a tree near the girl’s house with her mate. However, she was still a bit scared of her human and preferred to maintain a safe distance of at least 2 meters in-between them. This was somewhat very natural for a bird, as they had to protect themselves at all times.

The Blue Jay trusted the kind girl who fed her every day because she would respond to the bird’s call. Even the girl loved the Blue Jay as she took care of the bird every day. The interaction between the girl and the beautiful bird is pretty exciting and rare. It can melt the heart of any onlooker. 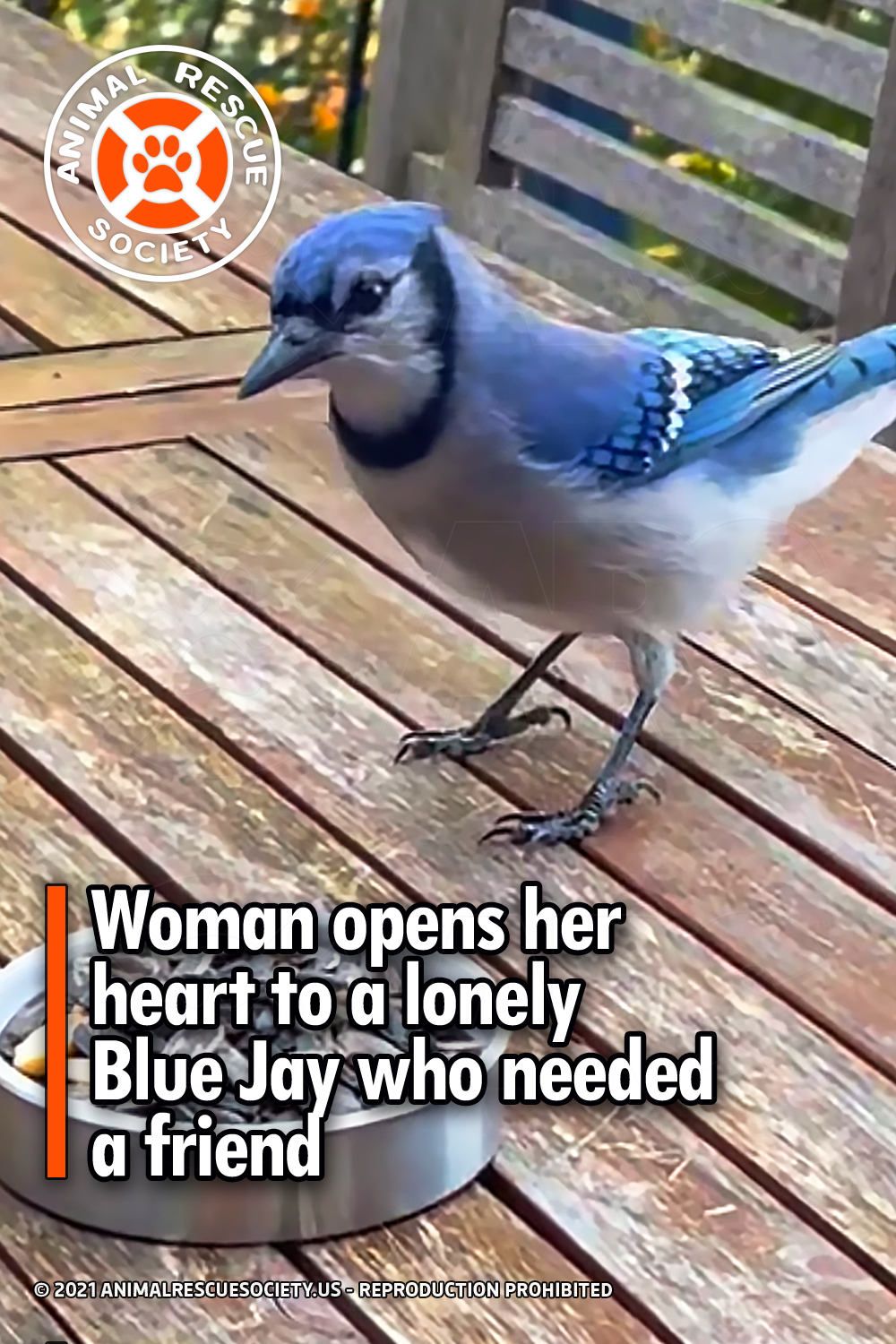