Elly Albers rescued and raised a baby flamingo named Baby, who came back after several years and snuggled with her. Baby was the first flamingo Albers saved.

She found Baby after Baby’s parents had left her, and every morning she would greet her. The flamingo responded and listened when she called her baby, so the name stuck.

Baby followed Albers everywhere and slept next to her. She followed the other flamingos and disappeared when she was ready to fly. Albers felt emotional, but it was also a good feeling because Baby is a wild bird.

That was when she started the Bonaire Wild Bird Rehab. Nobody else was taking care of the wild birds in Bonaire. Within three months, they took in about 500 birds.

People in Bonaire started to learn about the rehab, and they sent all types of birds their way. Albers lives next door and feeds the birds breakfast every morning when they wake her up at 6:30.

Flamingos that she has rescued gather across the road, and when they are complete, they cross the street together. One morning she saw a flamingo that looked just like Baby.

It was actually Baby, and the flamingo went up to Albers and snuggled with her. Albers knows she is doing something good, and it is also a privilege for her. 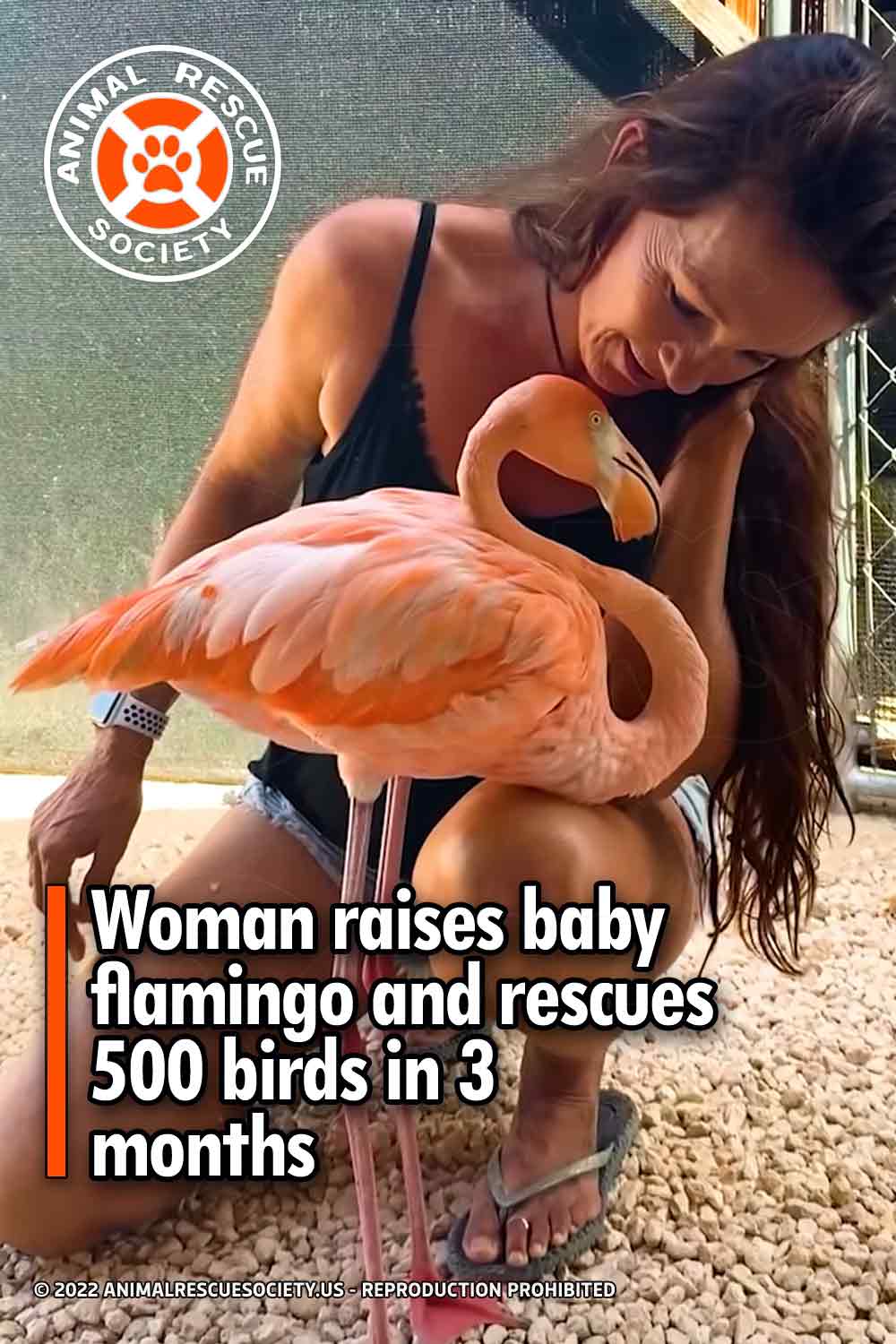