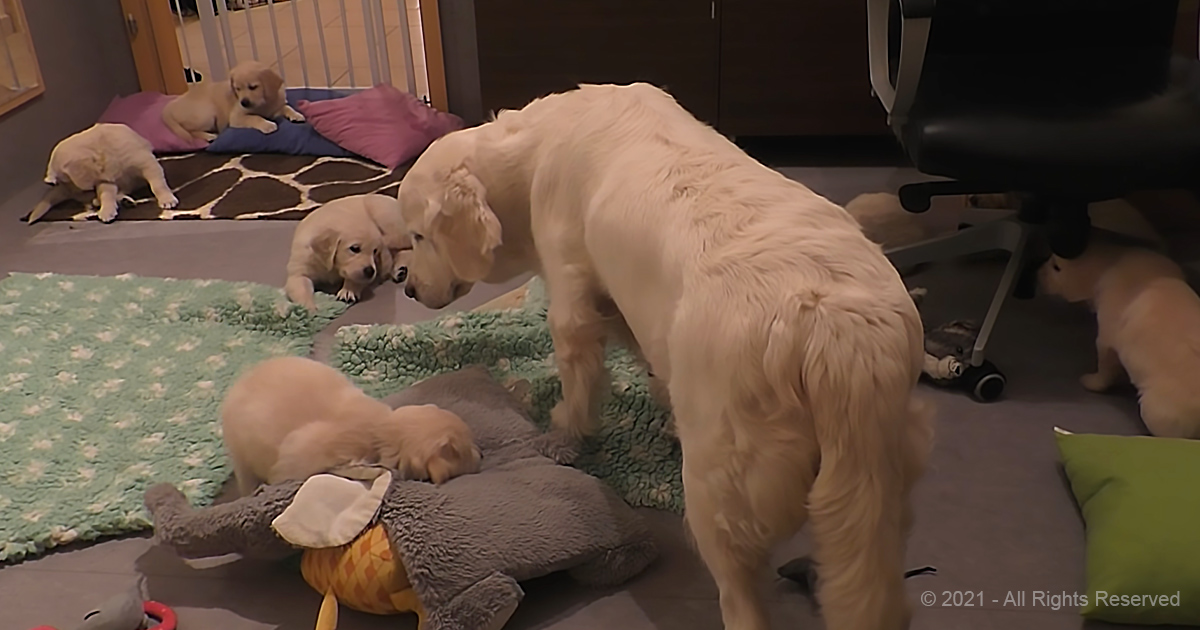 After four litters, Rosalie is one of the best mothers you’ll ever see perfectly parenting her final lot of puppies. As soon as mom arrives, the little ones can’t contain their excitement, but this mother dog wants things calm and quiet.

The milk machine is no longer in operation, but this litter doesn’t quite get it yet. Mother dog Rosalie has to wean her little ones because their teeth are too sharp, but they just can’t resist temptation, for a while at least!

All it takes is the right posture, the right tone of voice, and of course, that special touch that only a mother has to bring eight little ones under control. One can clearly see that she’s done it all before.

Rosalie is a cute mother who knows how to assert her authority. The whole litter of puppies is brought under control quicker than any modern mother could ever hope to see. Adorable! 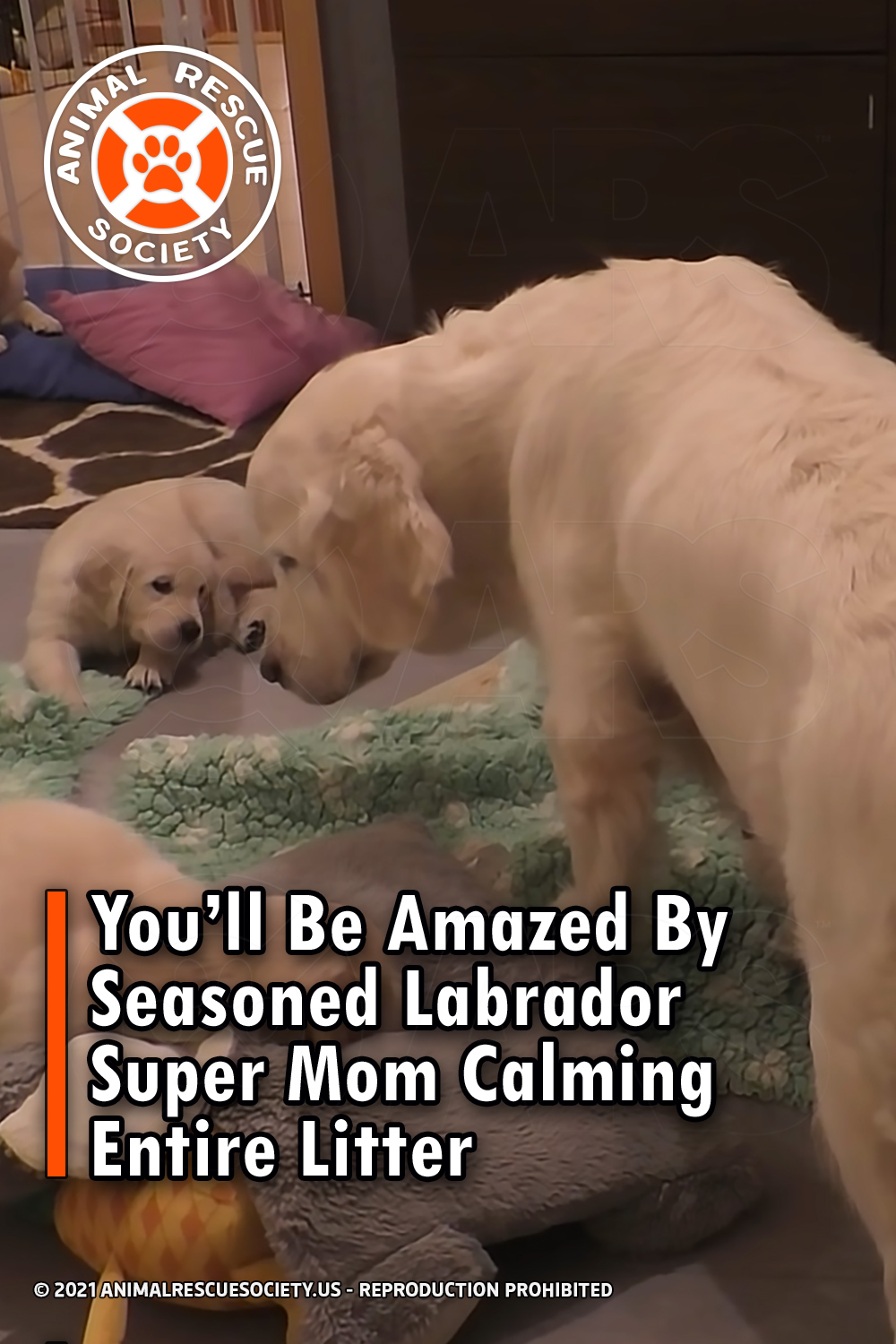